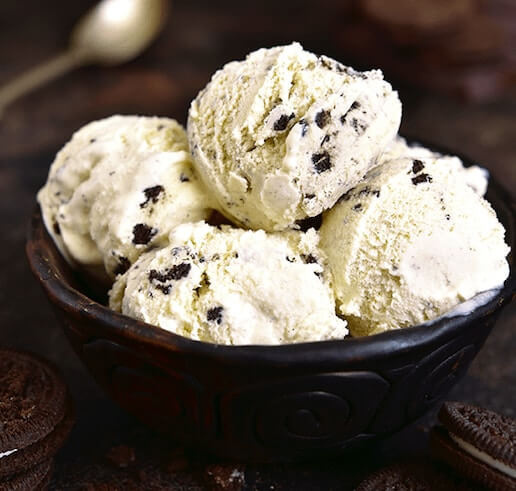 July 21 was declared National Ice Cream Day in 1984 by none other than Ronald Reagan. The following establishments provide an excellent excuse to make every day an ice cream day.

Win one for the Gipper at Strachan’s, which has been dishing out deliciousness since 1999, with outposts in Dunedin, Palm Harbor, and Countryside.

On St. Pete Beach, Larry’s Olde Fashioned Ice Cream & Gelato has been a favorite for 35 years, making their own waffle cones (and mini-donuts, too).

In Seminole Heights, Tampanians have been lining up for Bo’s Ice Cream since 1954.

A newer arrival on the scene, Revolution Ice Cream Co., has been winning awards since opening in Brandon in 2012 (and in Seminole Heights in 2016), living up to its revolutionary moniker with flavors like chardonnay caramel.

Prefer your ice cream rolled rather than dipped? We like Sweet Charlie’s in St. Pete’s EDGE District the best.

On Beach Drive in St. Pete, a post-prandial stop at Paciugo Gelato is de rigueur.

The Hyppo Gourmet Ice Pops chain has, thankfully, popped up on both sides of the bay; we think of it as St. Augustine’s greatest discovery since Ponce de Leon found that fountain.

Finally, at Lightning and Rays games and street festivals from St. Pete to Ybor, we recommend you seek out Bradenton’s Lickity Splits Ice Cream, lickety-split.

A to Z: The Ultimate Luxury Lifestyles List is duPont Registry Tampa Bay‘s annual compendium of the best our region has to offer. Each year we choose a different set of categories and then select businesses that are top-of-the-line in each category. This year: Art to Zinfandel (and everything luxurious in between).

H is for Happy Hours: The tastiest bargains in Tampa Bay