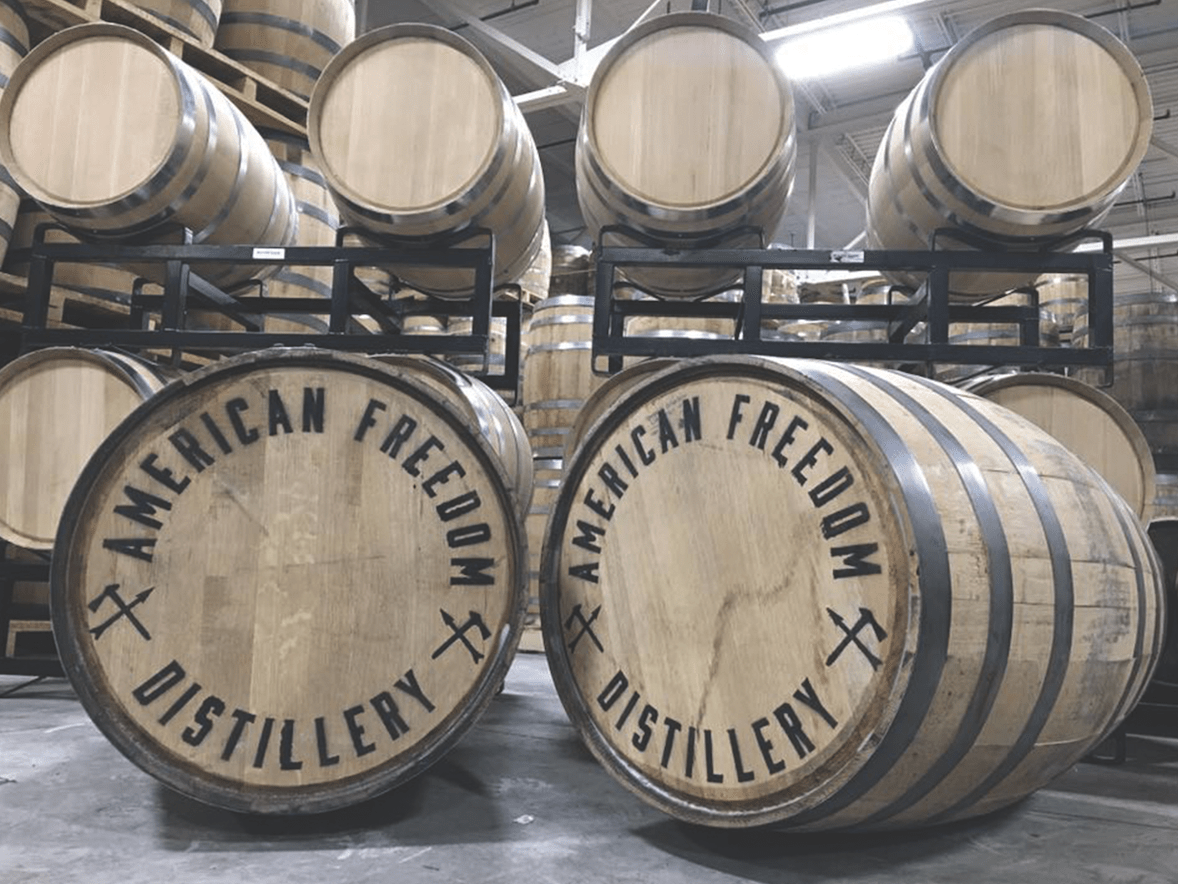 A Taste of American Freedom

American Freedom Distillery  Off To The Races

In the summer of 2015, U.S. Special Forces veterans Scott Neil and John Koko and their friend Elizabeth Pritchard spent a month in Yellowstone National Park taking advantage of the natural wonders that surrounded them – climbing the nearby Grand Tetons, trekking for 10 days across the landscapes and riding a Mule Train through the park.

During their adventures out west, the trio happened upon Grand Teton Distillery and came to know the owners who “really had a passion for their vodkas and their products,” recalled Scott. Inspired by their visit, they decided to route their drive back to Tampa via every craft distillery they could find along the way.

“They [the craft distilleries] were owned by families or friends, and each had a similar story,” explained Scott. “There was a passion and purpose behind the business.”

By the time the three returned to Tampa, and after John, a Kentucky native, had researched craft distilling, they realized it“became a very viable business for us as a group of friends.” John introduced Rob Schaefer, another U.S. Special Forces veteran, to Scott and Elizabeth, and American Freedom Distillery was off to the races.

The team tapped into a worldwide network of veteran-owned distilleries and dedicated a substantial amount of time to the learning process. In August 2016, they reached out to the owner of Wolfburn Distillery, himself a veteran of the British Royal Marines, and traveled to Thurso in the far north of Scotland to train with the Wolfburn distillers, as well as with several other distilleries in the area.

A few months later, in October 2016, the team crossed the pond again for Ireland to train on the oldest working still in the country at the Kilbeggan Distillery, between Dublin and Galway. Ironically, Kilbeggan’s head distiller’s daughter lives in the Tampa Bay area, and when he vacations here he stops into American Freedom to check their progress and offer advice.“All of the distillers we’ve trained with are very good mentors,” said Scott, whose title with American Freedom Distillery is Doer of Things/Operations.

Not losing sight of their senses of adventure, the American Freedom Distillery team participated in a sailboat race from St. Pete to Havana, Cuba in March, aboard a 84-foot boat with the Rum Rekker logo on the main sail, displaying Old Norse word for“warrior”. After finishing second in their class, they visited Cub and is tillers, including Havana Club and Legendario, to learn about their rums.

One of the products that American Freedom is crafting is an American bourbon, which by definition has to be made of at least51% corn and stored in American oak barrels. The team’s attention to detail didn’t falter when it came to the barrels, they sought out family-owned Barrel 53 Cooperage in Higbee, Missouri.

“The American white oaks in the Ozarks are said to be the best for barrels,” said Scott.

During a visit to the Ozarks, the team watched the coopers – or barrel makers – from start to finish: from cutting down an American white oak to cutting the wood to dry out to shaping the stays and charring the barrels.

“Part of our culture is to include lands far and wide,” explained Scott. “We’re taking that same approach as we’re learning about this business. We’re not rushing just to open. The easiest part will be the day we open; it’s everything leading up to that.”

That same mentality took hold when it came to finding the right space for the distillery. After looking in Ybor City and Channelside in Tampa, the team made their way to St. Pete’s Warehouse Arts District and “the perfect location” at the corner of 22nd Street and 5th Avenue South.

More than a year into renovations, as much careful thought and attention to detail has been put into the design and aesthetics of the building as into the distillery’s products, led by Elizabeth. Fashioned after a Scottish distillery, the wooden beams that cross the ceiling came from a tobacco barn in Kentucky, and the interior windows through which guests can see the stills are from an old factory in New Jersey.

“We’ve been traveling the country looking for finishes that represent who we are,” explained Scott. “When you walk into the distillery, you’re going to be amazed. The water and fire features represent the process of distilling alcohols. Everything we discovered from our travels around the world will be reflected inside.”

When American Freedom Distillery opens in November, in addition to offering tours and tastings, it will also house a separate restaurant, America Neat, that will be open for noshing from early-afternoon into the evening. The restaurant’s menu features seasoned meats cooked on an open-flame atop various woods, including bourbon, rum, port and sherry barrel woods. A raw bar will also be available; after all, “bourbon and oysters go together so well,” says Scott.

While all of the moving parts have been coming together, the distillers have been hard at work. Partnering with other craft distilleries at a larger production facility in the Midwest, American Freedom is already producing 100 barrels of bourbon monthly to start the aging process.

“It’s a way for American Freedom Distillery to produce more than our small artesian stills can produce locally,” explained Scott. “Our partner production facility where we send our distillers to run the larger still using our proprietary mash can produce almost 100barrels a day, where as we can produce only two a day. It helps us grow.”

As it continues to grow, the American Freedom team is staying true to themselves and is involved with the Veterans Artisan Distillers Guild, wherein they help other veteran entrepreneurs become distillers, offer employment at the St. Pete distillery and connect with other veteran-owned distilleries around the country.

Philanthropic endeavors are a part of the American Freedom culture, too. A portion of the proceeds from sales of Horse Soldier Bourbon – inspired by Bob Pennington and Mark Nutsch, Commander and Deputy Commander (respectively) of the Special Forces Soldiers known as the Horse Soldiers in Afghanistan after 9/11 – will cover maintenance, upkeep and awareness costs of the18-foot bronze “America’s Response Monument” that watches over the Ground Zero Memorial in New York City. Bob and Mark, also owners in the distillery, will be part of American Freedom’s traveling Whiskey and War Stories Series, holding events, tastings and hosting private functions.

By: Susan B. Barnes