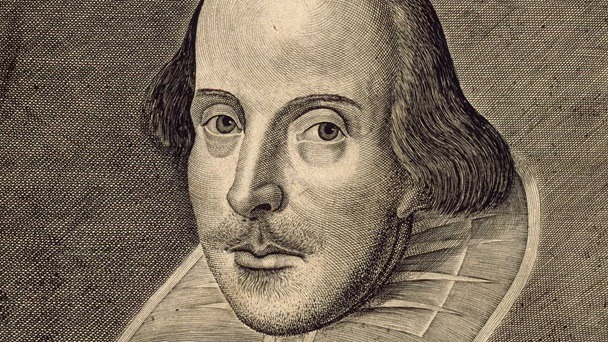 d/R Daily 2/1-3: 10 Things You Can Do This Weekend That Have Absolutely Nothing to Do with the Super Bowl

Granted, it’s hard to avoid the Super Bowl, an entertainment event that last year attracted 103.4 million TV viewers. You might not even want to avoid this year’s game, given all the juicy back-stories in play (see #11 below). But Tampa Bay is lucky. Now that the weather’s warming up again, it feels like we’re officially in the heart of what snowbirds like to call “Season,” which means that the A&E calendar is getting crazy busy again, with so much going on you may not even have time on Sunday to watch three hours of football (or to be more specific, 10 minutes of football and 170 minutes of hype, half-time, and commercials).

Here’s a list to get you started thinking about what else is going on. (As for all the alliteration, think of it as a mnemonic device — or a writerly addiction, whichever.)

This weekend marks the start of the new, month-long St. Pete Celebration of the Arts, the brainchild of arts patrons Dr. Gordon and Michele Gilbert. The inaugural theme is a tribute to all things Bard, embracing both previously scheduled events and Shakespeare-inspired one-offs. This weekend alone, the roster includes St. Petersburg Opera’s Kiss Me Kate, Cole Porter’s sprightly adaptation of The Taming of the Shrew; the final performances of Jobsite Theater’s much-praised Othello; Spitfire Improv Theatre’s “Rosencrantz & Guildenstern Aren’t Dead”; and multiple nods to Shakespeare in local museums.

Jewels of the Imagination at St. Pete’s Museum of Fine Arts is perhaps the most buzzed-about exhibition of the moment, reputedly dazzling audiences not just with the creations of the famed 20th-century jeweler Jean Schlumberger, but with the eye-popping installation by Rush Jenkins, former director of design at Sotheby’s.

Over 200 indie businesses and organizations assemble in St. Pete’s Williams Park on Saturday for Localtopia, a “community celebration of all things local.” Makers & merchants; multiple “villages” devoted to health, family and the arts; a food truck rally and a restaurant row; music, raffles, photo booth and lots more.

As usual, the Straz is a cornucopia of entertainment options, including the Broadway hit A Bronx Tale and the critically acclaimed and appealingly raucous musical memoir Hundred Days, not to mention the previously cited Othello (at the center’s Shimberg Playhouse) and…

The Florida Orchestra goes Latin with Dreams of Spain, as star soprano Camille Zamora takes audiences on a musical journey from Bizet through Piazzolla. Jeff Tyzik conducts. Straz on Friday at 8, Mahaffey on Saturday at 8.

From initial reactions, it sounds like American Stage has another hit on its hands with this play by MacArthur “genius” Dominique Morisseau.

Speaking of hits, freeFall Theatre has already extended the run of this very funny (and also very timely) comedy about the “Lavender Scare” in the U.S. State Department in the 1950s.

Rescheduled from their original date of Aug. 9 due to unexpected back surgery, the masters of comic magic finally return to the Mahaffey tonight at 8 p.m.

I know, I mention her a lot, but if you’ve seen any pre-Super Bowl promo pieces, you probably have noticed that Yayoi Kusama has a big show at Atlanta’s High Museum, attracting Super-sized lines the same weekend as the game. We guarantee the lines won’t be quite as long for her one-room installation at the Tampa Museum of Art, which runs only through Feb. 14. (And while you’re at the Museum, check out the Robert Indiana and Oswaldo Vigas shows, both worthy of a visit in their own right.)

As I mentioned, there are all kinds of reasons to watch the Super Bowl (Sun. at 6:30 p.m. on CBS), and some of them even have a little to do with football. You can root against the Rams because a bad referee call allowed them to beat the Saints and land a Super Bowl berth; you can root against the Patriots because, well, they’re the Patriots; you can see whether Tom Brady really deserves to be deemed the Greatest of All Time, aka the GOAT; you can ponder the fact that “the GOAT” is a really unappealing thing to be known as; you can watch for the hunky “get-back coach” whose sole responsibility during the game is to grab onto Rams coach Sean McVay so he doesn’t collide with referees; you can consider how nice it would be to have your own “get-back coach” who would grab you at opportune times; you can ponder “Why Maroon 5?” during the half-time show; or you can just settle in, chow down on wings and chili and what-not, and wait for the commercials. Hey, that’s almost 10 reasons to watch right there! Enjoy the weekend, whatever Super stuff you wind up doing!