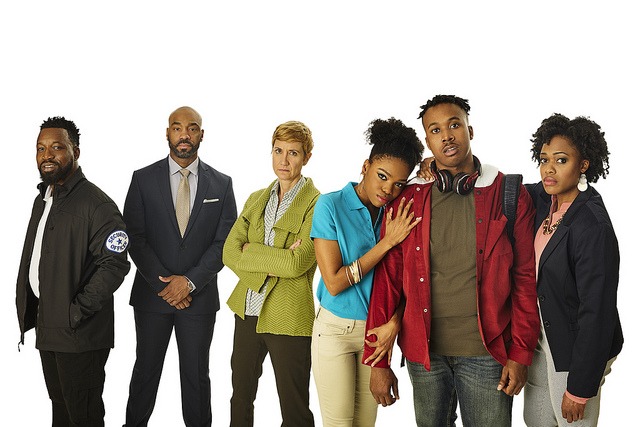 I started to read Dominique Morisseau’s Pipeline in last month’s American Theatre magazine, which published the script in its entirety.

Not because I didn’t want to read it to the end — I did want to — but because I decided to wait and watch it unfold at American Stage, where it begins previews tonight and continues through Feb. 24.  If it plays as well as it reads, Pipeline promises to be riveting.

Given the track record of Morisseau, a recipient of the MacArthur Foundation’s “genius grant,” and of American Stage, which has been having a killer run lately, I’d say chances are good it will play brilliantly. Morisseau has said she couldn’t possibly do the work she does “without the influence of August Wilson’s 10-play cycle”; like Wilson, she firmly grounds her theatrical worlds in the detail and vernacular of the everyday, in particular the multiple varieties of African American experience, while also finding the poetry therein. Which means she’s in good hands at American Stage, one of the few theaters in the world to have performed all of the plays in Wilson’s so-called Century Cycle, two of which were staged eloquently by Pipeline’s director, L. Peter Callender.

But unlike the plays in Wilson’s cycle, which reflect on African American life over the last century, Pipeline is acutely situated in the right-now. The story of a black teacher in an inner-city school who has placed her son in an upstate private school to assure his future, only to have that future threatened by an explosive classroom incident, it touches on questions of race and class and parenting and the state of our education system that feel all too relevant, while also giving us characters we care about and fear for.