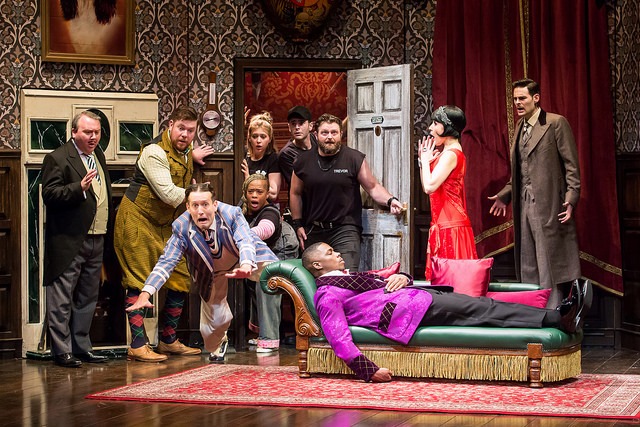 The national touring company of 'The Play That Goes Wrong." Photo by Jeremy Daniel.
Uncategorized

The Best Thing You Can Do Tonight: Go to the opening of a play that’s so Wrong it’s right

What would happen if Sherlock Holmes and Monty Python had an illegitimate Broadway baby? That’s the delightful hypothetical that’s being used to describe the Tony-winning comedy The Play That Goes Wrong, which is set during the cursed opening night of a British whodunnit — and which opens tonight for a six-day run at the Straz Center in Tampa.  It sounds like a mix of Noises Off and Agatha Christie —  inspired slapstick both on and off stage, with a veddy-veddy English murder mystery buried somewhere in the chaos — and while I haven’t seen it, the reviews in London and Broadway were rapturous. Good omen for a rollicking evening: Even the the production pics are hilarious. The Play That Goes Wrong: Oct. 16-21, Straz Center for the Performing Arts, 1010 N. W.C. MacInnes Place, Tampa, 813-229-STAR (7827), strazcenter.org. Tonight’s performance begins at 7:30 p.m.