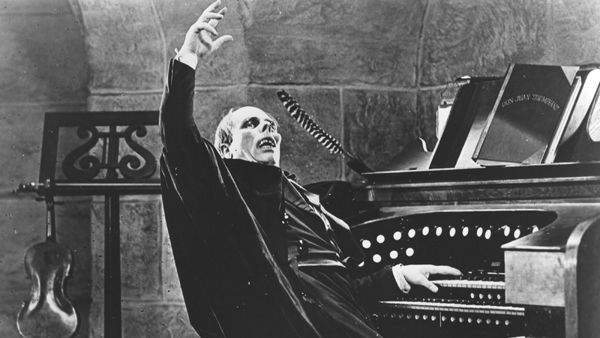 There’s something about a pipe organ that screams Halloween — or The Phantom of the Opera.

Of course, pipe organs are also handy for playing the bejesus out of Bach, but even the Toccata & Fugue is kind of spine-chilling when played on the right organ. And no question about it — Christ United Methodist Church has the right organ, a magnificent instrument custom-made for the church by the Aeolian-Skinner Organ Company of Boston. First played in public in 1969, it has been amped up since then with all manner of organ bling with cool names like “manual pistons” and “toe studs” and even some actual bells, if not whistles.

The organ’s power and dynamics (not to mention its 4,514 pipes) make it very appealing to the folks at the American Guild of Organists, and tonight they’ll show off its many sounds — and maybe tingle some spines — with Pipe Dreams, their annual Halloween-themed concert of scary music. Costumes are encouraged (there’ll be a contest), kids are welcome and there’ll be “a grand spooky reception” afterwards. And it’s all free.