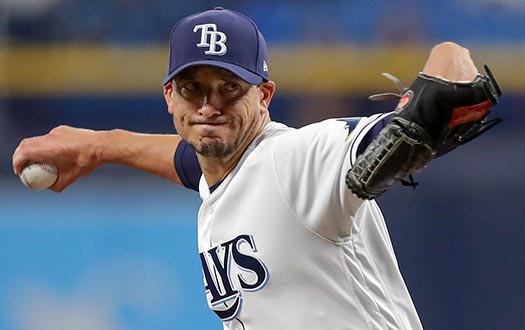 Anyone who’s been watching the Rays on TV this season is familiar with the old-timey sepia-toned video they’ve been showing, set to a tune called “Here Comes Charlie!” — referring, of course, to the team’s ace Charlie Morton. Well, here comes Charlie again — and again he’s being placed in a do-or-die situation.

Last Wednesday, he pitched the exhilarating Wild Card game against Oakland that put the Rays back into the American League Division Series playoffs for the first time since 2013. Today, now that they’ve lost the first two games of the three-out-of-five ALDS against the powerhouse Houston Astros, they’re back home in a win-or-you’re-outta-here game, and Charlie’s back on the mound.

Last-minute tickets are still available for the game, which begins at 1:05 this afternoon at the Trop, but they’re scarce. Imagine that: The Trop may sell out! Whatever happens today, it’s been a great ride with this scrappy, resilient team that never says die. Maybe, just maybe, Charlie and the gang will refuse to say it today, too, and move this series into a Game 4… and 5!

raysbaseball.com. Tickets are mobile-only; information on the Rays site.