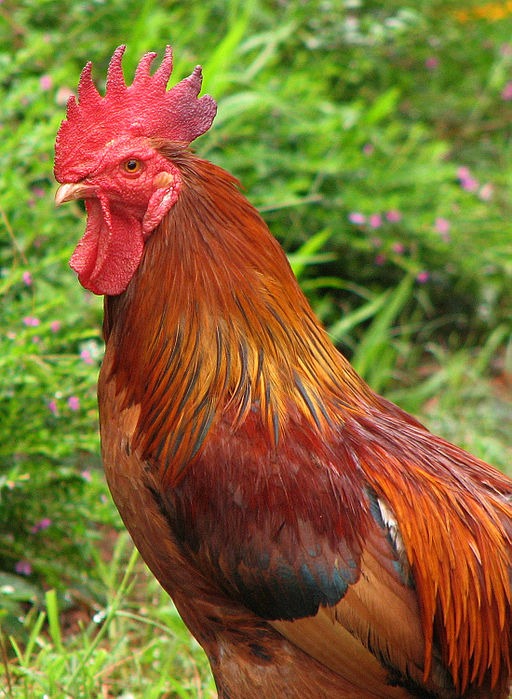 Photo by Karunakar Rayker, India. (This is NOT James E. Rooster.)
Uncategorized

dR Daily 3/5: March with the chickens on Mardi Gras!

There are multiple ways of celebrating Fat Tuesday hereabouts, including the legendary Dunedin parade. But the event with the most eccentric appeal (and what would Mardi Gras be without a little flagrant eccentricity?) is the Ybor Merchants Association’s Annual James E. Rooster Parade, a New Orleans-style jazz procession (known as the Rooster Funeral) that stops at participating Ybor City establishments for #MardiGras themed food & drink specials. Yes, there is drink involved. Ybor? A parade? Without a bar hop? What, are you crazy?

Chickens and roosters wander freely through Ybor, of course — charming to most, intensely annoying to some. But they’re a tradition, whatever you think of them, and the parade is both an homage to the fowl population at large and a tribute to the late, lamented James E. by his former owner, Tommy Stephens — established, we’re told, “following the bird’s untimely demise in the jaws of a dog in 1997.”
It’s all free and open to the public, though you have to pay for those drinks, and you must be 21+ to get into those drinking establishments. Costumes with a Mardi Gras or chicken theme are “highly encouraged,” as well as an abundance of beads, flowers, and cowbells. Because chickens like beads. Or something.
Schedule:
5:30 p.m.: Funeral wake at The Dirty Shame, 1929 E. 7th Ave., Ybor City, Tampa.
6 p.m.: The band, pallbearers, marching band and guests assemble in The Dirty Shame courtyard to begin the Chicken Parade down Ybor’s historic 7th Avenue.
7-1o p.m. Hit the participating bars: The Dirty Shame, The Bad Monkey, Big Easy Bar and Zydeco
Register to be part of the parade right here.