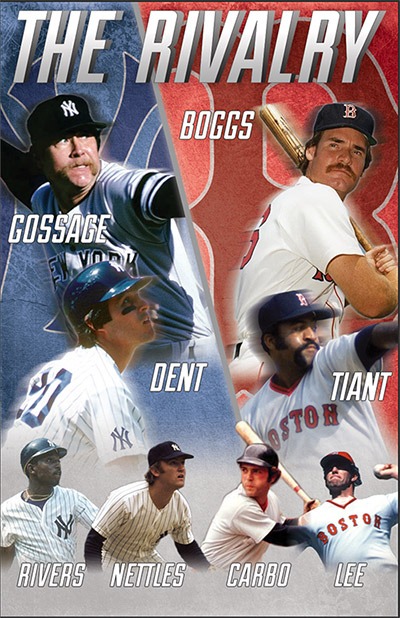 Where do you stand on the Boston Red Sox and the New York Yankees? Love ’em both because they’re such legendary teams? Love the BoSox, hate the Yankees? Vice versa? Or do you hate-Hate-HATE them both because  — well, for any number of reasons, but chief among them because you’re a RAYS FAN? (That’s more or less my position, although I’m a Massachusetts native who’s lived in NYC.) Whatever your loyalties, it sounds like you’ll have a blast at the Yankees and Red Sox Rivalry Reunion at the Cap, billed as an “epic night of classic stories, videos, and Q&A” with an all-star lineup of greats from both teams, including Hall of Fame inductees Wade Boggs and Goose Gossage along with Bucky Dent, Mickey Rivers, Graig Nettles, Bill Lee, Luis Tiant and Bernie Carbo. Yankees radio analyst Suzyn Waldman will host. 7:30 p.m., Bilheimer Capitol Theatre, 405 Cleveland St., Downtown Clearwater, rutheckerdhall.com.

Weekend Wheels: Why the Range Rover Sport feels like home