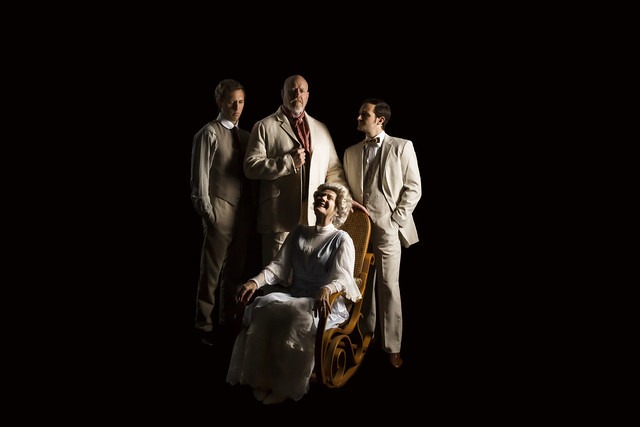 Eugene O’Neill’s semi-autobiographical masterpiece, winner of the Pulitzer Prize for Drama and the Tony Award for Best Play, has been rightly called an American epic, a deep dive into family and addiction that has yielded some of the most legendary performances in theater history. In assaying this classic, written in the 1940s by O’Neill but not produced on Broadway till 1956, American Stage is embarking on an epic journey itself; as Producing Artistic Director Stephanie Gularte said in an advance statement, the company is “taking on one of the bigger challenges that our medium provides.” The cast and crew would certainly seem up to the challenge of tackling the troubled Tyrone family, including two actors who’ve already made strong impressions at American Stage, Josh Odess-Rubin (so good in Miss Bennet: Christmas at Pemberley) as the sickly would-be poet Edmund (thought to be a stand-in for O’Neill himself) and Janis Stevens (the title role in Marjorie Prime and a Theatre Tampa Bay award winner for 4000 Miles) as his refined, morphine-addicted mother,  as well as two making their company debuts, James Keegan and Billy Finn as battling father and son, along with company apprentice Rose Hahn in the small but juicy role as the housemaid Cathleen. Brendon Fox directs.

The Audi SQ5: Still sexy after all these years