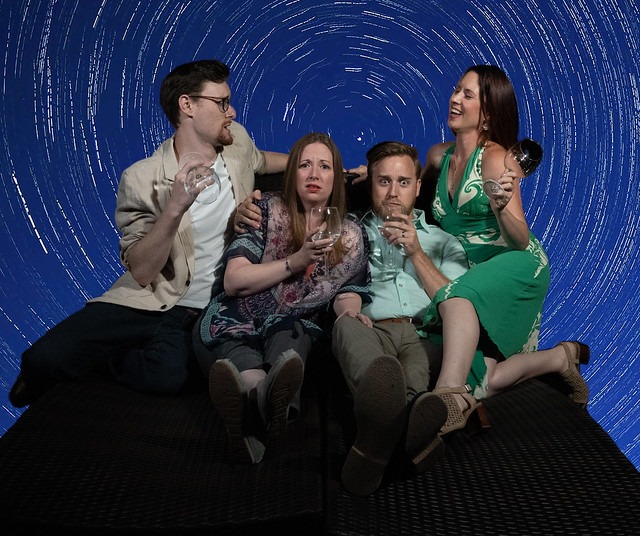 Jobsite Theater kicks off its 2019-20 season with an edgy comedy by Steve Martin (yes, that Steve Martin) that’s been called “Who’s Afraid of Virginia Woolf? with a Twilight Zone twist.” I can’t do better than quote the theater’s description of the show: “Corky and Norm are excited to host Gerald and Laura at their home in the valley outside Los Angeles to watch a once-in-a-lifetime meteor shower. But as the stars come out and the conversation gets rolling, it becomes clear that Gerald and Laura might not be all that they appear to be. Over the course of a crazy, starlit dinner party, the wildly unexpected occurs.” Judging by the PR photos, the “wildly unexpected” includes various unexpected combinations of romantic partners, and with four adept comic actors in the cast — Jonelle M. Meyer, Amy E. Gray, Jamie Jones and Jordan Foote — Meteor Shower looks to be some sexy, possibly other-worldly fun. Jobsite Theater at Shimberg Playhouse, Straz Center for the Performing Arts, Tampa, 9/6-29. Previews tonight and tomorrow night, 9/4-5, 8  p.m., 813-229-STAR, jobsitetheater.org.