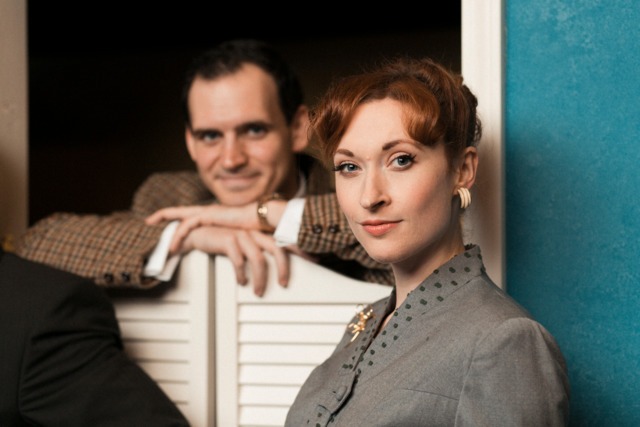 From “American Girl” (the song) to America (the band); from Scottish Dances to pirate jigs; from “Whiskey and War Stories” to Pink Martini — it all adds up to a perfectly arranged weekend (including an intriguing comedy called Perfect Arrangement). Plus… cold weather and tweeds!

TFO Rock Concert: The Music of Tom Petty. The Florida Orchestra pays tribute to one of Florida’s own with songs like “Free Fallin,’” “American Girl” and many more. Brent Havens, conductor; Tony Vincent, vocalist. 1/25, 8 p.m., Mahaffey.

Blast Friday w. Fastball and The Black Honkeys. Beer sampling, live local music and other activities will be located in the 600 block of Cleveland Street. Patrons may visit Second Century Studios for Downtown Clearwater CRA’s public grand opening of The Dali Museum’s Dreams of Dalí  Virtual Reality Experience. The first-of-its-kind pop-up installation will run through June 2019, providing residents and visitors alike an opportunity to engage in the arts through technology. Take part in the virtual reality experience until 10 p.m. Cleveland Street District, Downtown Clearwater, 5:30-10 p.m., downtownclearwater.com.

Sarasota Ballet: Transcending Movement. The program, accompanied by Guest Artist Marcelo Gomes, will feature an eclectic combination of ballets including the company premiere of Sir Frederick Ashton’s Varii Capricci, revivals of David Bintley’s Four Scottish Dances and Ashton’s Meditation from Thaïs, as well as a world premiere by Ricardo Graziano. Due to overwhelming demand, The Sarasota Ballet has added a 2 p.m. Monday matinee. FSU Center for the Performing Arts, Sarasota. Most of the weekend’s performances are sold out, but there are still limited seats available for 1/27  at 7:30 p.m..,  and 1/28 at 2 p.m. & 7:30 p.m.

Gasparilla Parade of Pirates. If you’ve been, you’ve likely had one of two reactions: I. wil. never. do. this. again. or ARGGHHHThatwasashiploadofbeerybeadedfunhiccup! Whichever is you, Gasparilla is, for better or worse, Tampa. And you do have to go at least once. 1/26, 2-5:30 p.m. Parade begins at Bay to Bay and Bayshore boulevards in South Tampa, continues down Bayshore to Brorein Street, then east on Brorein and north to Cass Street & Ashley Drive. gasparillapiratefest.com.

Fire & Light Gala: Illumination. A celebration of the American studio glass movement and the world-class collection of the Imagine Museum. Guests will enjoy VIP access to the galleries, food and drink accompanied by live music and entertainment, and light displays that will illuminate the night. 1/26, 6:30-9:30 p.m., Imagine Museum, 1901 Central Ave., St. Petersburg, imaginemuseum.com.

The cast of St. Pete Opera’s upcoming production of Kiss Me, Kate sings solos and ensemble numbers from more than 15 hit musicals, including Company, She Loves Me, Fiddler on the Roof and more, at Opera Central. The setting is classic cabaret — candlelit tables and all — and tickets are $75 per person, which will grant you “decadent desserts” and two drinks. 1/26, doors open at 7:30 p.m., Opera Central, 2145 1st Ave. S., St. Petersburg, stpeteopera.org/broadway-cabaret.

One might well wonder — tweeds and woolen caps in the tropics? While riding a bike? But this year, the weather gods are giving us a weekend so  bright and crisp and cold that anyone still clinging to flip-flops and t-shirts may look with envy on the nattily dressed participants in the annual St. Pete Tweed Ride for the benefit of the St. Petersburg Shuffleboard Club. Doors open and registration begins at 2 p.m. at 559 Mirror Lake Drive ($15 for club members, $20 for non-members, kids under 16 are free). There’ll be tea and scones (plus a bit of croquet if you so choose), and the ride begins at 4 p.m. through Downtown St. Pete. “Wear your finest tweeds or other fashionable vintage,” say the organizers, and enjoy an after party from 5-8 p.m. at the club with food truck offerings and beer from Cycle Brewing. stpetetweedride.com.

Whiskey and War Stories. Scott Neil, COO of American Freedom Distillery and retired Master Sergeant of Special Forces, will speak about his experiences as one of the first to lead direct action and counter-terrorism charges into Afghanistan, Iraq, and the Horn of Africa; his work to ensure veterans’ successful re-integration into civilian society; and his collaboration with other Special Operations veterans to open a distillery in St. Petersburg. All proceeds to benefit the Warehouse Arts District Association. 1/26, Tully~Levine Gallery at The ArtsXchange, 515 22nd Street S., St. Petersburg (6 p.m., Whiskey Experience; 7 p.m., Dinner; After Dinner, Scott Neil’s War Stories). warehouseartsdistrictstpete.org.

Perfect Arrangement. A gay man and a lesbian working for the U.S. State Department in the 1950s have married each other’s partners to escape suspicion — and then they’re tasked with identifying “sexual deviants” within their ranks. 1/26-2/24, freeFall Theatre Company, freefalltheatre.com.

America. The pop-rock wonders bring their 50th anniversary to Clearwater. No word on whether they’ll arrive on a horse with no name. 1/27, 8 p.m., Ruth Eckerd.