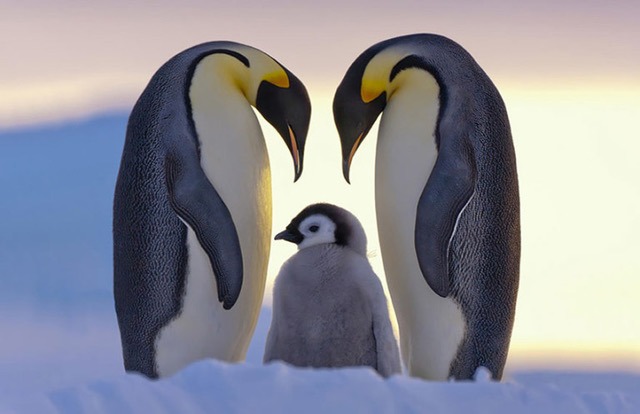 Flock together for “Birds of a Feather” in Gulfport

Marc Acito’s play Birds of a Feather is based on the true story of Roy and Silo, the two Central Park Zoo penguins who partnered, adopted an egg, hatched and raised a chick together, then became the subject of a children’s book that was temporarily one of the most banned books in America.

When Stageworks Theatre did this romantic comedy six years ago, rehearsals began on the day same-sex marriage became legal in Florida. Gulfport Community Players’ production coincides with a different kind of milestone: it’s being presented during an historic St. Pete Pride Month, in which events have been modified to suit our almost-post-Covid climate, including a family gathering on the St. Pete Pier June 12; an “Arts & Qulture” event at The Factory St. Pete on June 19; and a Pride Picnic in Straub Park on the 26th.

As for Birds of a Feather, it’s not a St. Pete Pride event per se, but its love story is definitely in tune with the season. Patrick Brafford’s production brings out all the humor and poignancy in Acito’s script, with a uniformly excellent cast featuring Daniel Harris as the adorable, show tune-spouting Roy, Nic Roland as the cerebral, angsty Silo, Donna DeLonay as their sweetly lovelorn zookeeper, Taylor X. Taylor and Jennifer Casler as the red-tailed hawk couple who famously nested on a Central Park highrise, and Vela Gauthier and Sam DePriest, very effective (and often hilarious) in multiple roles.

What Makes You Laugh, Tracie Mayo?

Can You Hear It? Woodson Museum opens “Reverberations” on Juneteenth at the James