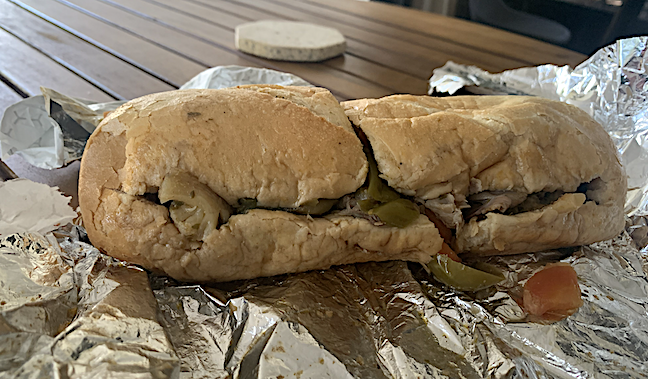 The Chicago Italian beef sandwich is having a moment — outside of the Windy City, that is, where it was “invented” by Italian immigrants in the early 1900s.

What’s driving the enthusiasm for this Chi-town staple?

The Bear, a 2022 TV show streaming on Hulu about a once promising fine-dining chef who returns to his hometown to run his family’s small sandwich shop in the wake of his brother’s suicide. I recommend it, although do expect a lot of yelling in the tight confines of the kitchen and the frequent use of the word “chef.”

The fictional restaurant is called The Original Beef of Chicagoland, and The Bear routinely shows the meat in various states of prep, including the end product. It got me salivating.

Gobbling up the first season’s eight episodes in a couple of weeks stirred in me a hankering — to try a hot Chicago beef sandwich and to feature Italian beef (the names are interchangeable) in FFF.

I chose two restaurants whose names would seem to lend them some bona fides: Chicago Deli & Coney Dogs and Paul’s Chicago Pizza, less than three miles from each other in far northeastern St. Pete.

Just for the record, I’ve never had an Italian beef in Chicago, so will make no judgments about the authenticity of the sandwiches served by our two local contestants. 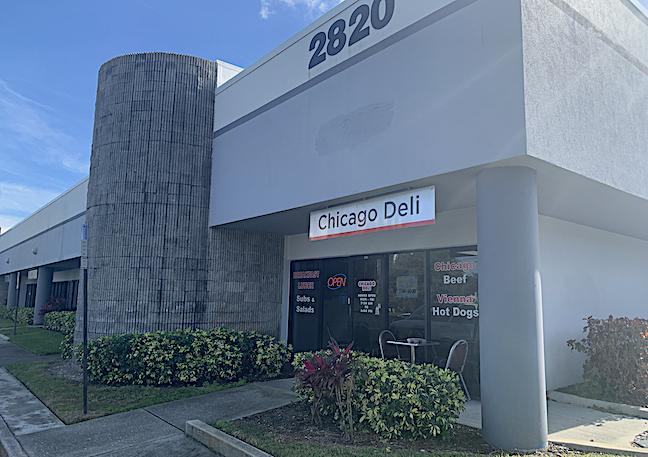 Set in the Bay Tec office center a few blocks off of Roosevelt Boulevard near Carillon, Chicago Deli is about as unassuming as they come, right down to the vinyl sign hanging above the door. A long, narrow, white-walled space, outfitted with modest tables and chairs, led to the counter, where three women were hustling out food for lunch-hour customers.

I called ahead to order, picked up the sandwich — with no sides —  and took it back to the FFF Lab.

Mighty enticing. As I opened the packaging, a couple of peppers (I ordered them mild) fell onto the silver wrapping. The sub roll, about eight inches long, hid the meat within. 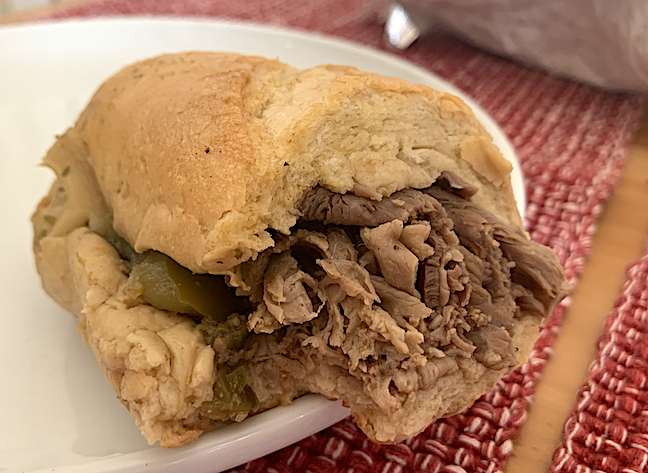 When I unsheathed the sandwich ($8.99) from the bag, I could feel a faint moistness, indicating au jus (or gravy, as they call it in Chi-town), one of the key elements of Italian beef. A good start.

When I dug in, parts of the bun were soggy with the juice, which made for sensual bites when combined with tender beef and peppers. If anything, the sandwich could’ve used a bit more au jus, but I didn’t think to ask for a container on the side. I would’ve gladly dipped each bite into it.

Despite the sandwich’s overall moistness, it never became an unwieldy mess. One napkin, maybe two, did the trick.

The beef on its own was a bit under-seasoned, even a little bland, but you don’t eat a Chicago beef sandwich by pulling the meat out. That said, seasoning the beef more liberally would likely have improved the overall eating experience. 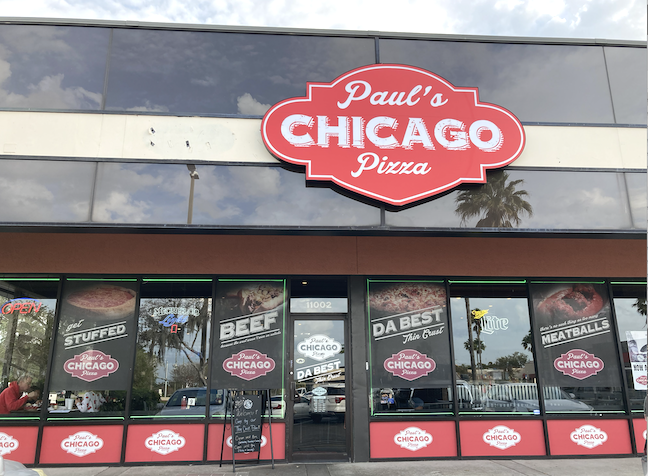 Paul’s, located in a shopping plaza on 4th Street north of Gandy Boulevard, makes much ado about its Chicago cred. According to the website, the restaurant gets its Italian beef shipped in from Chicago. I don’t know that this makes much of a difference, unless the meat comes pre-seasoned.

The restaurant also says it builds its sandwiches on Turano bread, a famous Chicago brand that I’d not heard of but clearly conferred authenticity. I ordered the peppers sweet (vs. hot). My expectations were pretty high. 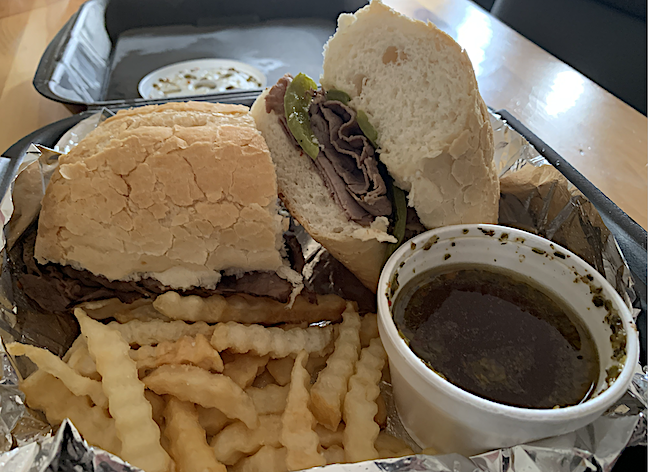 The sandwich ($11.95) came in a typical box, accompanied by a small order of crinkle-cut fries and a container of au jus. The beef did not appear to be soaked in it.

The bread:meat/peppers ratio tilted heavily to the roll, which was thick and doughy-looking. I didn’t break out a scale, but it seemed obvious that Paul’s Italian beef had less beef than the opposition’s. 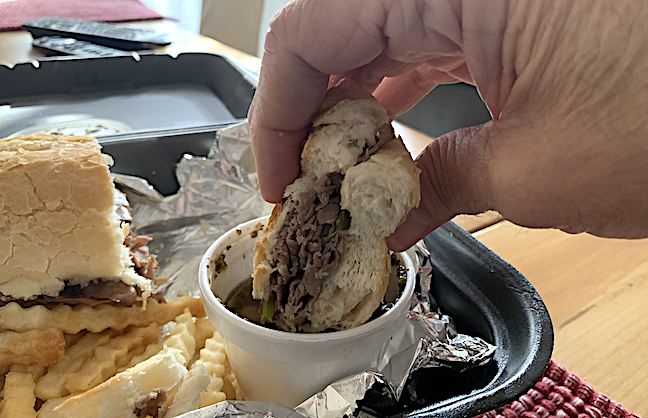 As expected, the beef in the sandwich was not wet. I took the first bite without dipping, and found the bun notably dry. To my knowledge, I’ve never tried Turano bread. Suffice to say, I was not impressed. Perhaps freezing and shipping it sapped the roll of its character.

The beef on its own was pretty dry, too, and had a kind of papery texture. If it was pre-seasoned in the Windy City, there was no evidence of it.

So — on to the dipping. Flecks of seasoning ringed the container and swam in the sauce. Man, this juice was strong. Too strong. Too seasoned. Too salty. It overpowered the bites, and its flavor was — there’s no other way to put it — unpleasant.

I don’t recall tasting the peppers, but a some sweetness might’ve have helped.

I nibbled a few fries. They were too salty, too.

All told, I wasn’t particularly impressed by either one of these sandwiches. Unfortunately, I have no current plans to book a trip to Chicago. What I’d really like to do is beam into my TV and have an Italian beef from The Original Beef of Chicagoland.

Here are links to websites for the two restaurants: