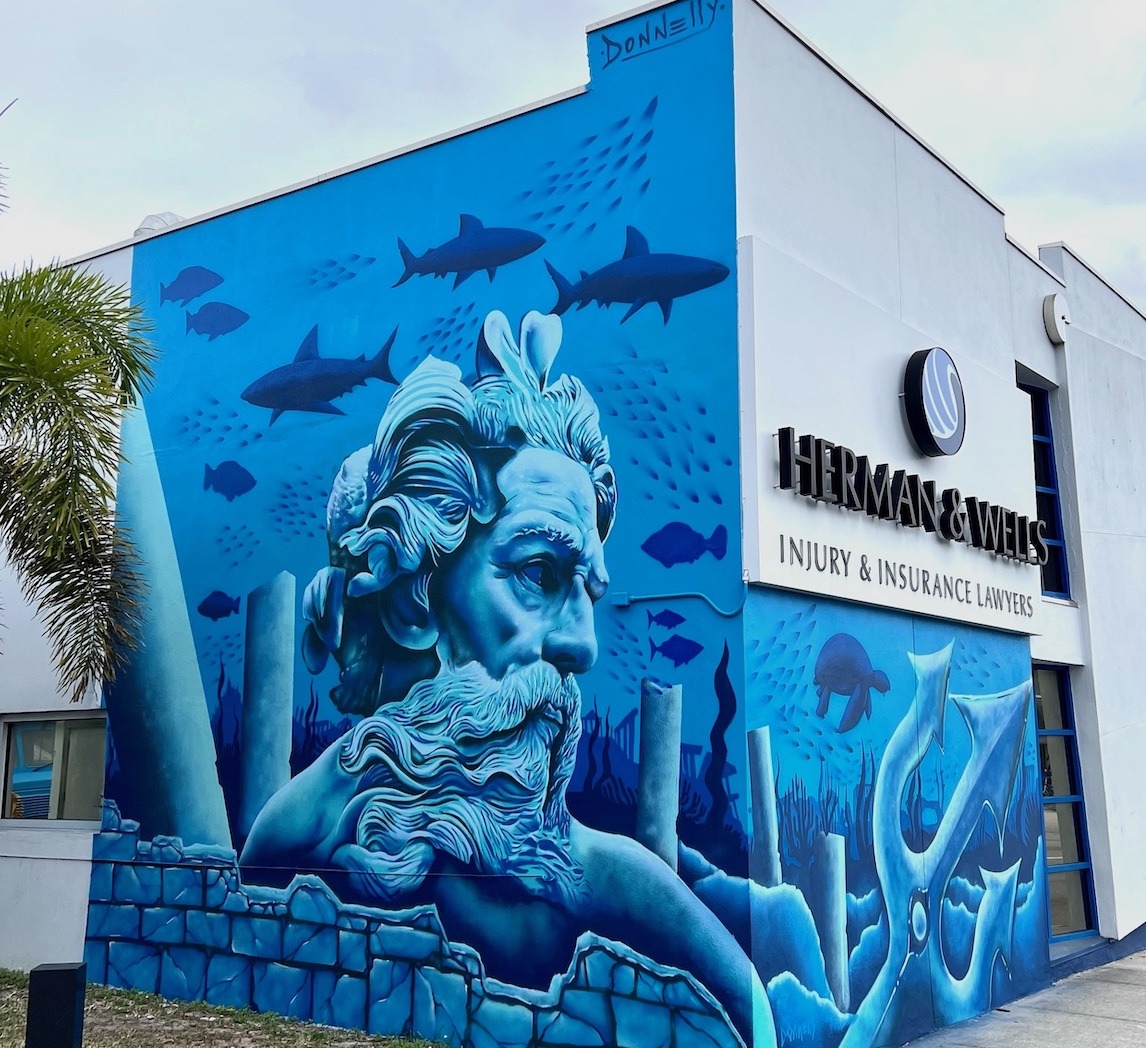 A nondescript building on the fringes of downtown St. Pete houses a small store that’s a quiet but significant contributor to the local tourism industry. It’s called Artissin, and it sells spray paint. Not your basic, buy-it-at-Lowe’s spray paint — special spray paint used for street murals and graffiti art.

Owner Austin David has supplied it to local mural artists like Derek Donnelly, Palehorse, Sebastian Coolidge, the Vitale Brothers and others for a dozen years. Collectively, those artists have muralized the walls of downtown and beyond. Tourism marketers have in turn used those murals as a selling point to transform St. Pete’s image from sleepy to hip.

Now Artissin is in danger of closing. And that could cause an unwelcome — some say disastrous — domino effect that puts a crimp in the St. Pete’s rep as an arts city. “Artissin has provided the paint for most of the murals downtown,” Donnelly says. “We could not have done these murals without the proper supply of paint. We will not see as many murals if the shop closes.”

A GoFundMe page, Save Artissin, was put up on Jan. 14, with artist Aleisha Prather acting as organizer. As of this morning, it had raised $6,253 of a $15,000 goal. That money has bought Austin David a little time. He faced shuttering the store on Feb. 1. but the GoFundMe money has given him a couple months reprieve.

“It costs me $3,000 a month to operate the shop,” he adds. “To meet that I have to sell a lot of paint. Gentrification has caused small businesses to slowly be eliminated. It’s terrible. I’m not in this to get rich. I’m happy selling products and helping people. I’m an artist, too. I started doing street art when I was 8 years old in The Bronx. This shop is the love of my life.”

David says he drained his savings to keep Artissin open and, while he’s extremely grateful for the GoFundMe support, it’s only a temporary fix. The real villain, he says, has been the Covid 19 pandemic, which has slowed sales at his store as street artists have gotten less and less work.

Artisanal spray paint is not easy to come by. Donnelly explains that, while you can buy the cans online, they’re more expensive, shipping costs add up and halting work to obtain the the product can seriously hamper the flow of both commerce and creativity. “It’s a necessity to have an actual place to go and shop for the paint,” he says. “It’s not something sold in a regular store. If I’m in the middle of a project and I run out of a special color, I can’t go to Home Depot and get it and I can’t wait eight days for it get [shipped] here.”

Adding to the complexity is that spray paint can’t be mixed together to make different shades of color. “If I’m painting an orange flower, I need three different tones to make something look kind of realistic,” Donnelly explains.

A vein of anger courses through a local arts community that looks on as their collective efforts are exploited by developers and other monied interests. “You have these places with names like Artistry,” Donnelly says (the newest highrise-in-the-works is called Art House). “It’s vulturous. It’s like the city continues to chase bigger and better from out of town and they forget what we already have.

“I grew up here and we didn’t go downtown for a whole lot,” he continues, on a roll. “You had some pelicans to look at at the Pier. Things started happening 10, 12 years ago, and a big part of the cultural movement was murals. People started embracing the street art and hiring us, and that trickled down to Artissin, who supplied us with the paint. It was a really nice system that worked for a decade, and it’s all being threatened.”

David adds, “The city is making a lot of money off of graffiti art, but they don’t really give back.”

Amid David’s trying times have come some heartwarming moments — like when a woman he didn’t know showed up at his shop and handed him an envelope. “There was a thousand dollars cash in it,” he says. “I said, ‘What’s this for?’ She said, ‘I read about your situation on Facebook and I wanted to do something. I’m not an artist but I love supporting the community.’ My heart sang. I asked her several times what her name was but she wouldn’t tell me.”

The GoFundMe initiative and ad hoc contributions notwithstanding, Donnelly and David feel it’s appropriate for others to step up and help save Artissin. “Moving forward, Austin needs more support — from maybe some of the arts organizations and festivals,” Donnelly says.

Since 2015, the St. Petersburg Arts Alliance has put on the annual SHINE Mural Festival, where a platoon of folks spray big, colorful images on the sides of St. Pete buildings as people look on. Artissin supplies the paint. Ideally, SHINE should be a yearly boon to David, but he says he was coaxed into providing the paint at cost. “That’s not going to happen again,” he says with a tinge of rancor, indicating that in the future he intends to sell paint to the festival at retail prices.

SHINE director Jenee Priebe has a different version of events. “In the festival’s early days, our budget was limited and we understand that Austin felt pressured to provide paint at reduced cost,” she wrote in an email. “Since I joined as SHINE Director in 2018, I have encouraged Austin to make a profit from the festival. In fact, in 2020 during the height of the pandemic, SHINE unsolicitedly paid him an extra $1.57 for every can to help his business survive because we understand the value he brings not only for SHINE but for the entire creative community. Additionally, myself and other members of the SHINE committee have personally made donations to help Artissin through this difficult time.”

Whether such gestures will ultimately save the shop is an open question. As of the afternoon of Feb. 1, Artissin’s GoFundMe page had generated $11,665 in donations, an increase of $5,412 from a week prior.

This article was updated on Feb. 1 to include comments from Priebe and the new GoFundMe amount.