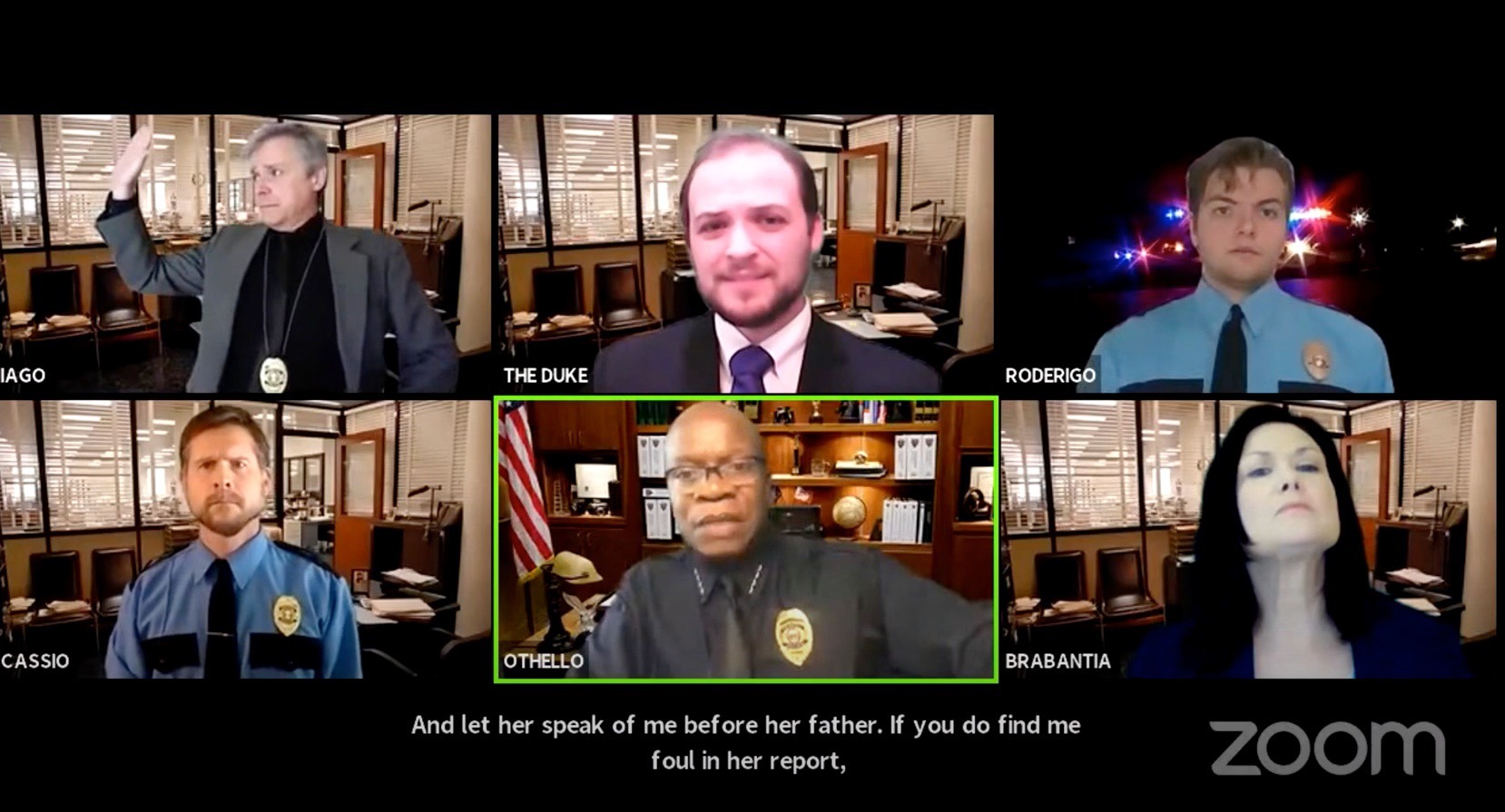 For the last several weeks, we’ve been teasing the content of this year’s A to Z Issue one letter at a time. The print edition arrives in mailboxes later this month, after which we hope it’ll take up residence for a good long while on Tampa Bay’s finest coffee tables. If you can’t wait for the hard copy, here’s the digital version — and meanwhile, welcome to the letter “O”: These are trying times for artists, but they’ve got one big thing going for them: they’re good at creative problem-solving.

Chad Mize, unable to throw the festive openings that Mize Gallery is known for, leads virtual patrons through his group shows via Facebook Live.

David Michael Bowers, a nationally known painter who recently relocated from Pittsburgh to Madeira Beach, is rethinking ways of showcasing his work that doesn’t depend on galleries; you can see multiple examples of his remarkable “Realism with an Edge” at dmbowers.com.

The Museum of Fine Arts in St. Pete, opting to remain closed for the summer, assembled a full slate of #MuseumfromHome programs, including reports on its rooftop honeybees.

The Straz Center‘s “The Show Must Go On” links to a wealth of performance content and lore.

freeFall hosted Zoom discussions of productions streamed by the UK’s National Theatre Live and, in their “Outside the Box” unboxing videos, surprised performers with mementos from past freeFall shows.

American Stage went all out with a summer of virtual performances and classes, including a superbly acted Zoom Othello set in a contemporary police station.

Bob Devin Jones, artistic director of The Studio@620, reprised his acclaimed one-man show, Uncle Bends: A Home-Cooked Negro Narrative, as a livestream from his living room.

And at Creative Pinellas, the online innovations were manifold, including a Virtual Arts Festival that raised thousands for the Pinellas Arts Community Relief Fund; “walk-through” exhibitions of work by established and emerging artists; Cindy Stovall’s international variety show Beauty & the Burg Live! Around the World; and an ever-expanding roster of content under the rubric Arts In.