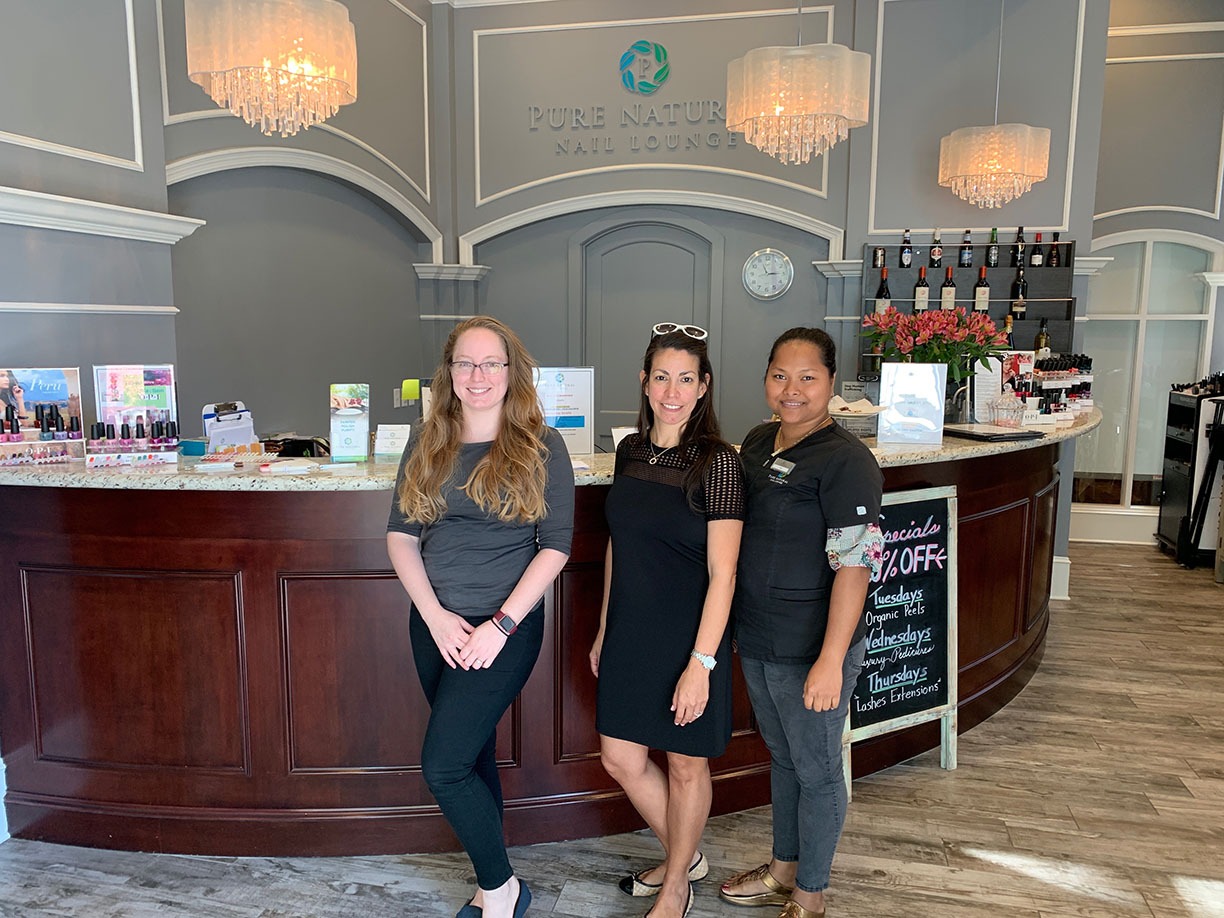 I can’t remember exactly when I had my first mani/pedi — I think it was the day of my civil union in Burlington, Vermont, which in 2003 was the only state where gay folks could make their relationships official, thanks to then-Governor Howard Dean. (My partner, now my husband, was working on the Dean presidential campaign at the time.)

And that’s a funny thing, the mani-pedi part I mean, because in those days I suspect the conventional wisdom was that the only men who would ever get a mani-pedi were gay men. Queer Eye for the Straight Guy had just debuted that summer; we Gays were supposed to be beyond our hetero peers in the realms of style and skin care.

But like all stereotypes, that one is rife with exceptions. Myself being one of them, especially back then. Even the sound of “mani-pedi” (“manny-petty!”) creeped me out a little. And a nail salon, I assumed, would be a strictly feminized realm — shades of Joan Crawford dishing dirt while painting nails in The Women.

But the funny thing was that in Burlington, Vermont, a state where you might have thought masculine style was more about hiking boots than buffed toenails, there were two count’em two salons geared specifically toward men. And although I didn’t wind up going to either one of them (they’re both still around and primarily do hair, not nails), their presence was intriguing — comforting even.

And I have to say my first m-p was a gas. Like a lot of men, I wasn’t much into getting pampered. But on a day when I was going to be making a bit of personal history — getting “unionized” more than a decade after Larry and I had first met — it felt apt to get a bit polished up.

Fast forward to 2019. Now all kinds of guys, gay and straight, are getting clipped and buffed and, yes, pampered.

Articles in GQ and the like are telling us to go for it. A screenwriter in L.A. has opened up a chain called Hammer & Nails focused exclusively on manicures and pedicures for men, leading to punster-funster headlines like “LA’s first MANI-cave” and “MANLY Pedi?” and “Putting the ‘man’ in manicure.” A salon owner in San Francisco summed it up for Men’s Journal with this pithy quote: “If your feet are so disgusting you don’t want to be seen in flip-flops, or your toenails are so long and thick they’re poking through your socks, it’s time for a pedicure.”

Indeed. And in Tampa Bay, where flip-flops are a way of life, men are taking the hint.

Comfort level is key when it comes to getting your nails “done,” maybe even moreso for a man than a woman. I appreciate being able to have a conversation with my nail technician — both because I’m a curious sort of guy but also because talking makes the whole interaction feel a little less awkward. I followed a technician from one salon to another (as did my husband) not only because we liked how skilled she was but also because we enjoyed talking to her about her artwork (we bought one of her drawings) and her music. She led us to Pure Natural Nail Lounge (across from the new ONE highrise in downtown St. Pete), and although she moved out of state we kept going to Pure Natural for several reasons.

It’s a surprisingly serene and spacious environment, for one thing, all greys and glass and soft whites. The owner, Vimarie Rivera, says she purchased the business last year for just that reason. “I liked it because it was a contrast from [the usual] nail salon. It’s not like the smelly place, the quick, loud place — so I said, let’s try this.” The ambience is what attracts male customers, too, she thinks — that, and the option (free of charge) to have one’s nails done in a private room.

But the main reason she bought the business was because of the staff. “I liked the girls and I liked the way they worked — and I fell in love with them.”

Which brings us to technician Thea (pronounced TAY-uh) Tach, one of the other reasons we like going to Pure Natural. Her quiet good humor and gentle efficiency are consistent pleasures, as are her stories about her Cambodian/American family — the mother who likes shark movies, the sister who’s always on the phone, the father who has a landscaping business and warns her not to cut his nails too short. She’s been at Pure Natural for four years, and has noticed men are starting to take care of themselves more.

“Everyone likes a pedicure once they’re introduced to it,” Tach says. “‘Once you’re in it, you can’t get out’ — that’s what a lot of the guys say.”

Foot and leg massage are also among the optional services offered at the salon.

“Yesterday a little boy came in for a 15- minute foot massage before a swimming tournament,” she says. The massage helped him to relax his muscles and avert cramps in preparation for the competition.

She sees differences in the way men and women approach a mani-pedi.

“Women know what they want,” she observes. “Men are, ‘Whatever, as long as it looks good.’” She has had her share of very specific requests from men, though — like the guy who wanted four-leaf clovers on his big toes for St. Patrick’s Day. He wasn’t entirely serious, but sure enough, she made it happen. “I just kind of free-handed it.”

The customer was incredulous: “‘I was just joking,’” she recalls him saying, ‘but you actually did it!’”

I asked her what men who are new to nail care should look for when they’re shopping around for salons. “Find out what services are included, whether they offer hot towels or not, whether they offer shines or not.” Check the price range, too — prices vary greatly from one establishment to another.

And would you prefer it if pedicure clients’ feet were, um, clean?

“That would be nice,” she says with droll understatement. Yes, you will get your feet washed when you get the pedicure, but, she points out, “If you go to the dentist you brush your teeth first.”

As reflected in its name, Pure Natural specializes in all-natural organic products, and its services include facials, massage and a menu of “Luxury Treatment Experiences” with names like “Exotic Hydration” and “Gentleman’s Organic Retreat.”

The salon also offers the trendy new HydraFacial, “utilizing super serums filled with antioxidants, peptides and hyaluronic acid.” (I know, “hyaluronic” is a new one to me, too.) It’s pricey, but the radiant Rivera, 44, is proof of its effectiveness, and she’s seeing lots of men coming in for the treatment, too. One was “a very special customer” — her husband, who felt the results “immediately,” she says.

But Rivera, ever the businesswoman, had a recommendation. “I told him, ‘You should do this every other month.’”