She may be the Queen Bee of the undergarment industry, but Sara Blakely is more like a trusted confidant than billionaire corporate executive.

During a recent interview, the 45-year-old Clearwater native waxed inspirational wisdom with a bit of humor as she shared her unconventional story of shaping the way women dress forever. A Florida State graduate who had dreams of becoming a lawyer, she worked a series of jobs after failing the law school entrance exam. Describing herself as a “girl who likes to do things to challenge herself,” Blakely tried stints as a standup comedian, a Disney costumed character and selling fax machines. While her father taught her how to reframe her failures by finding her strengths, Blakely visualized a different life by doing something to change the world. 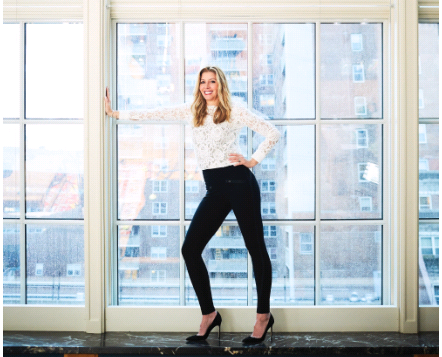 Her moment of truth came when she cut the legs off her control top pantyhose to create a smoother fit under her white pants. When Oprah told millions of viewers that she too had been cutting the legs off her pantyhose for years, Blakely says that was “the sign from the universe” that she was onto something big. She invested $5,000 of her savings to create a modern-day girdle for women. While continuing to work selling fax machines, she followed her passion and embraced learning what she didn’t know: the manufacturing business, how to write a patent and build a business without a formal plan. Two years later, Spanx was born with Neiman Marcus as the company’s first client.

“I always say that it was pantyhose got my foot in the door, but it was the several years of invention and new ideas was driven by my passion to make things better and more comfortable for women,” she said. 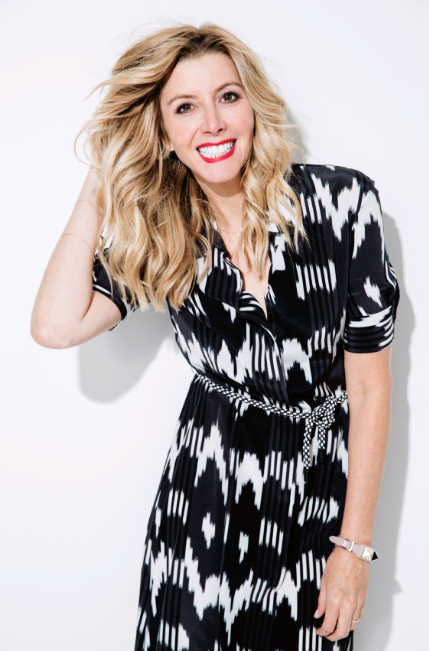 Sixteen years after she revolutionized the male dominated undergarment industry, Blakely is a member of an elite group. As the world’s first female billionaire with a net worth estimated over $1 billion, she’s named among Forbes magazine’s “World’s 100 Most Powerful Women.”

Today the headquarters for the undergarment empire is a three-story, 86,000 square foot office located in the affluent district of Buckhead in Atlanta. Spanx has nearly 200 different products for women (and men) sold in over 50 countries with bras, leggings and active wear with names like Power Panties, Higher Powers, Skinny Britches and Bra-llelujah. Blakely credits her ability to create authentic relationships with consumers before social media. 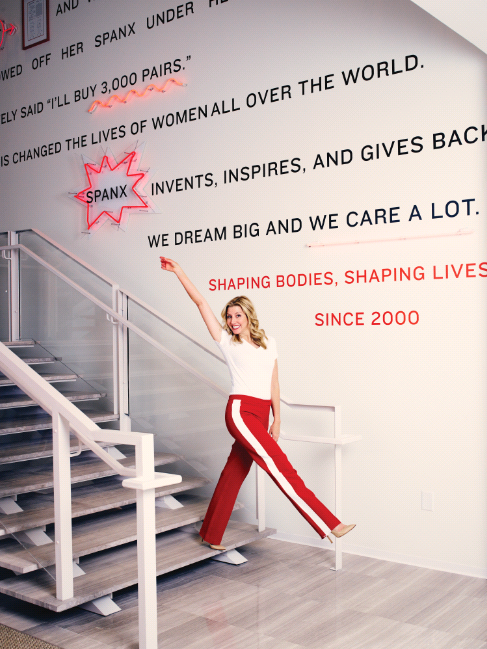 “I always joke that I didn’t realize I was a Millennial before my time,” she laughed. “I spoke authentically to women and not through marketing speak. I put my own butt on the line using my own before-and-after picture. It was unusual to use humor and levity to relate to the consumer to make her laugh or smile. I used a very feminine energy and approach in my business in a very masculine based business model.”

As one of the world’s most powerful businesswomen, she is acutely aware of how her influence impacts others and is a passionate advocate for other female entrepreneurs. The Leg Up Foundation, a program at Spanx, has awarded 39 women with exposure to millions of Spanx fans through a variety of print and social media platforms.

“I had no money to advertise and that exposure [selected as one of Oprah’s “Favorite Things”] meant more to me than a handout. If someone had just handed me money or handed me something like that at the time, I may or may not have been able to mobilize it in the right way.”

She credits her success by trusting her gut to conceptualize products that people didn’t know they needed and can’t live without.

My advice is start small, think big and scale fast. It’s really important to embrace what you don’t know because that can become your greatest asset. Check yourself when you are telling people things just to seek validation.” 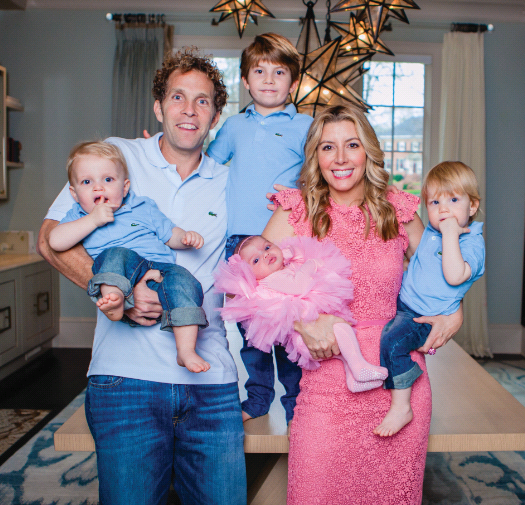 The entrepreneurial mindset runs deep in her family. Blakely’s husband, Jesse Itzler is the founder of the 100MileMan, and her brother, Ford pioneered Zingle, a mobile customer-to-business platform that allows consumers to text and respond to hotels, food service outlets, and valet parking sites.

In a recent Forbes magazine interview, Ford credited three key public relations strategies from his sister to help launch his company. Like Spanx, Ford leveraged the power of developing a unique name that would generate buzz without advertising.

“When I first started Zingle, I was the first one to ever think a customer should be able to text (message) a business,” he said. “Knowing the world would one day recognize how essential this form of customer communication is, it was important to me to create a company name that was memorable (“Zingle”) and had the ability to become a mega brand.”

Described as the “Michael Jordan of undergarments for men” by her husband and praised by women for smoothing out their derrieres, Blakely admits that she still gets flashed everywhere. Anonymity is no longer an option.

“Everywhere I go women are saying thank you, hugging me, or flashing me. My son has witnessed that,” laughed Blakley. “The women I meet say Spanx changed their life. That’s a pretty big phrase to be attached to a product.”

With her recent return to head Spanx’s new product development, Blakely credits bucketing her days to allow her to focus time to be a working wife and mother of four children: 7-year-old Lazar Blakely Itzler, two-year-old twin boys, and a 7-month old daughter. While her children don’t yet understand how their mother has shaped the world, Blakely says she looks for opportunities to change the mindset of what an inventor looks like.

At a recent school event at her son’s school, “Lazar asked me, ‘Why are you here Mommy?’ ‘Well, honey I am an inventor.’ ‘You are?’ he asked. It was so cute to see him be confused on why I was there. I asked all the kindergarteners what does an inventor look like. They all said a man, with no hair and older. I said, well I am an inventor and their eyes got really big.”

She is now adding another title to her list of achievements: book author. She came up with the idea when she was pregnant with her first child.

“I woke up in the middle of the night with three days left in my pregnancy. I saw my belly as a canvas and I wanted to do something fun and artistic with my body. I wrote down watermelon, basketball, beach ball and Mr. Potato Head. The next morning, a friend used kid’s face paint to create the images while another friend took photos. I gave it to my husband as a gift and he said I needed to do something more.”

“The Belly Project” features over 100 real women and celebrities using their pregnant bellies as painted canvases to create artistic images. Warren Buffett also makes a cameo in the book, which is scheduled to debut in October. All proceeds raised will go to the Christy Turlington Foundation Every Mother Counts to raise awareness for maternal health and healthy mothers.

Favorite place to vacation: The Sandpearl Resort on Clearwater Beach. I’m still a sucker for Disney World. I got married at the Gasparilla Inn & Club on Boca Grande so that’s a really special place for us.

Favorite movies: “Grease”, “Gone with the Wind,” and “Somewhere In Time.”

Favorite book: “The Alchemist” (by Paulo Coelho). I recently read “Start With Why” (by Simon Sinek).

Favorite part of the day: My morning commute to work. I create an extra amount of time in the car that my friends have called my fake commute. I allow myself an extra 20 to 30 minutes to drive aimlessly around town before I get to the office. I get a lot of inspiration and clarity in that time.