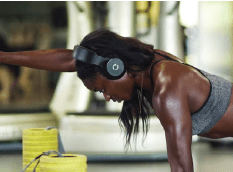 When Alexandra Wawryn determined to return to her pre-baby body after her second daughter had turned 2, she knew that she had to cut calories, “and not eat crappy food.” But her knowledge stopped there.

What Apps Are Good To Use With Your Wearable Tech Trainers?

Wawryn turned to a popular app called My Fitness Pal. With more than half a million reviews since it was launched in 2005, the free smartphone app is the most popular gateway tool to weight loss.

“Initially,” said Wawryn, “I set a goal and cut my calories, tracking them in the app, which is really user-friendly.” She points to tools like being able to scan barcodes to extract the nutritional information and also the customizing options for go-to meals so you only have to input all of the components once.

“That’s what I did for the first six months, just focused on calories,” she said. “Once I got to my goal weight, then I wanted to know more about toning, and that led me to learning about macro nutrients.”

Apps and Tech Trainers To Use Daily

Two-and-a-half-years later, not only does Wawryn have a lean, strong body, but she’s also tuned in to it, using apps and a fitbit to inform her on a day-to-day basis how to tailor her diet and exercise to balance feeling good with continued results in shaping her body with tech trainers.

To do that, she focuses on tracking macros, short for macronutrients, so she knows exactly how many and what ratio of carbohydrates, fat and protein she’s consuming and if they align with her goals. “You need all three of those things to get the result you want to achieve – say building muscle which requires more protein — is the combination of macros,” she explains. “I’d notice that `oh, I’ve eaten too much fat today,’ avocado or coconut oil, so I need to cut back tomorrow; or not enough protein, so I need to eat more chicken or make a protein shake.”

Another app Wawryn uses is BodySpace, an app from bodybuilding.com. Though the website is targeted to weight lifters, Wawryn uses the app to help her find workouts via the exercise data base that’s built with plenty of filters to customize your workout from day to day. “I can program if I want to work on upper-body strength training, say specifically on shoulders, and that I want to use certain equipment.” It even gives plenty of ideas for working out at home. Wawryn finds the app helps keep her from getting bored. “Your body gets used to routine, so you have to change it up,” she says. She’s also a fan of the community aspect of the app. Like other social media platforms, you can follow others, post images and results, share workouts and stay inspired.

The final tool she’s added is a Fitbit Charge 2 – a wrist model activity tracker that includes a heart-rate monitor. “When I got to the point where I am at, I realized that I also needed to track my heart rate which informs my fat-burning level.” Wawryn is looking to stay out of the fat-burning zone and focus on muscle-building instead. “I want to build muscle and not burn it.” “When I look at the whole picture, I can make changes to my behavior from one day to the next,” she says.

When Wawryn began her journey, her only goal was to lose weight. But with her tech trainers toolbox of free smartphone apps and a relatively low-priced activity tracker, she has taken her fitness to a new level and set herself solidly on a path for lifelong

good health. Find out more about Tech Trainers and apps by visiting fitbit.com and bodybuilding.com.