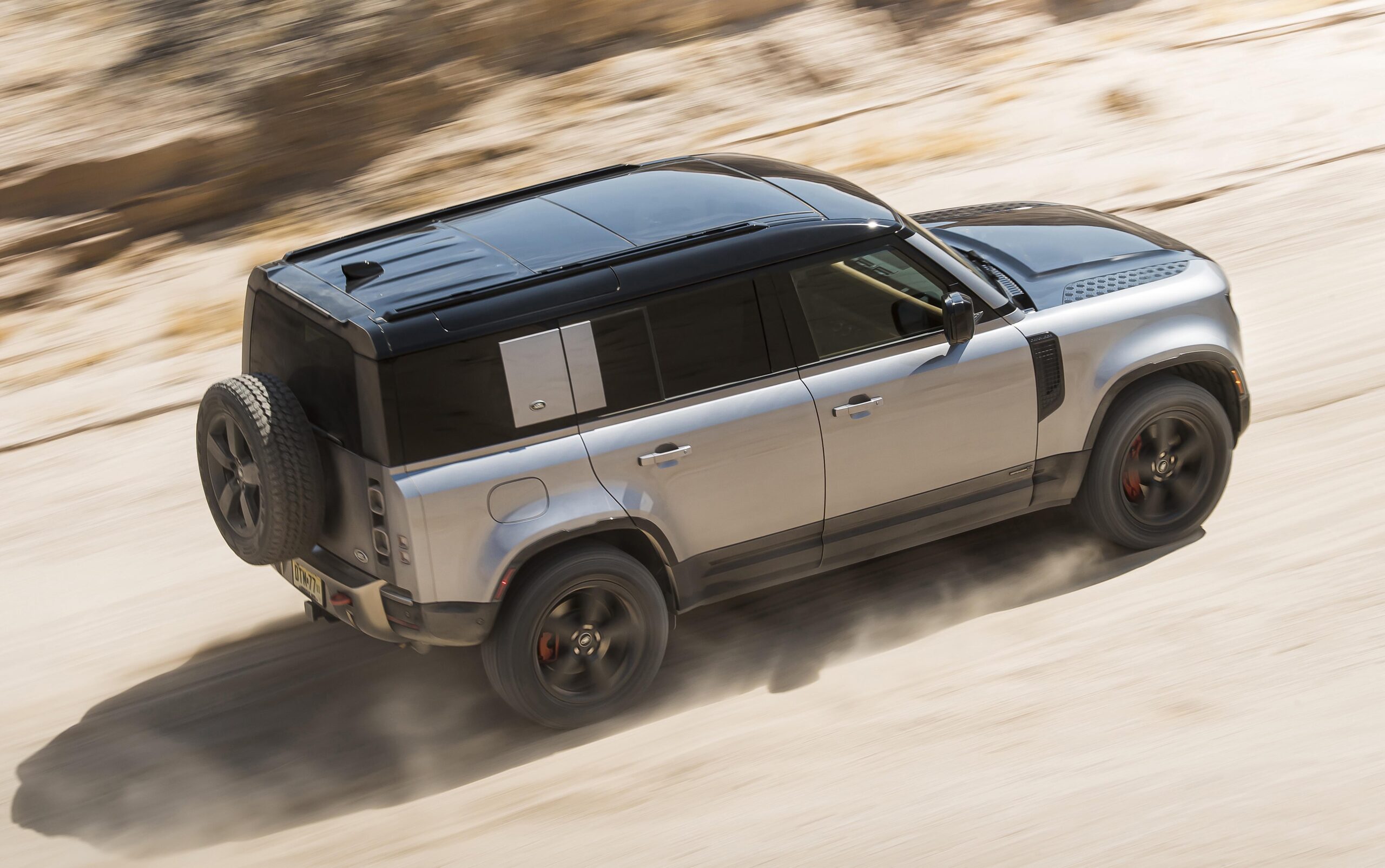 Ever wanted to go giraffe-spotting? Or gaze upwards at some snowy Aspen mountain peak? Or watch one of Elon’s SpaceX rockets lift off from Canaveral?

You can. Just climb up into the back seat of Land Rover’s rugged, all-new Defender SUV and look up.

Yes, you’ll get a pretty unlimited skyward view from the Defender’s vast glass panoramic roof. But the icing on the celestial-viewing cake is the new Rover’s so-called Safari windows.

These two long, slender strips of glass — one on each side — are set in the new Defender’s curvy roof just above the rear doors. No big deal, right? Just windows.

So why did those white-coated engineers at Land Rover design, develop and include them in this new Defender? One word: Authenticity.

They’re there because the original, box-on-wheels Defender came with them. From Virginia McKenna’s rugged Kenyan ride in the 1966 film Born Free to the pristine example used by the Queen of England to bounce around her royal estates, pretty much every Defender built since 1962 has had them.

Despite the old Defender developing an almost cult-like following around the globe, thankfully Land Rover decided not to do a cut-and-paste version when it came to a replacement.

If you’ve ever driven in an old Defender, you’ll know that it’s one of the most uncomfortable, jiggly-riding, drafty, gutless machines ever to roll on four wheels.

Instead, engineers gave it the authenticity of the old model by building in the kind of off-roading technology that will let it crawl up the side of Everest, cross the Sahara and wade through Amazonian rainforest goop.

It truly is the new off-roading benchmark, the ultimate go-anywhere-and-everywhere vehicle, the latest automotive must-have. It’s right up there with Ford’s new Bronco, Jeep’s latest Wrangler, and that insane 1,000-horsepower electric Hummer.

In addition to those iconic Safari windows, you’ll also see other authentic design cues, like the diamond-tread plates on the hood, the semi-circular LED lights up front, and spare wheel hanging on the back door.

Climb aboard — made easier by lowering the Defender on its air suspension — and first impressions aren’t good. It all looks very basic, spartan even, with acres of dark plastic.

And there’s a ton of space in here. Especially in the back where kneeroom is positively limo-like. There’s a third row available, but don’t bother; no human should ever be asked to sit back there.

With the big six, the Defender leaps off the line — sometimes a little too aggressively — always feeling powerful and strong. Unlike the original Defender’s engine, this is whisper-quiet, refined and silky-smooth at speed.

On the road, steering is precise and nicely weighted, the ride is pretty smooth and handling surprisingly nimble.

Look out, too, for the upcoming short-wheelbase, two-door Defender 90, which is like a Jeep Wrangler on steroids. Prices are from $46,100.

Yes, this new Defender has been a long time coming. But the wait has definitely been worth it. Think of it as the coolest four-by-four by far. With the coolest windows.