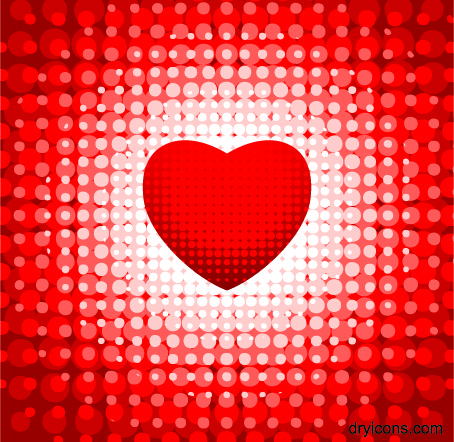 A Giving Heart Across Tampa Bay

As the saying by Sir Thomas Browne goes, “charity begins at home.” Here in Tampa Bay, we have benefited from several prominent philanthropists whose desires to help others run deep. Due to their generous gifts, Tampa is now home to some of the leading heart hospitals in the country, giving a new lease on life to patients who need it most.

Second-generation real estate developer Ron Weisser is an open book about the day that changed his life in 2007.

“I had a heart attack at 11 a.m. Sunday on Thanksgiving weekend. You would think that no one was at the hospital!”

When Weisser arrived at Tampa General Hospital’s emergency room, it turned out that Dr. Debbie Rinde-Hoffman [medical director of TGH’s Heart Transplant program] was on call that day. After running several tests, doctors performed a catheterization and implanted a stent, and while that quick care may have saved his life having one of the top doctors on staff treating him is what Weisser describes as “divine intervention.”

“I was in the ‘Golden Hour’ for survival from a heart attack, and I had the best damn doctor in the whole place take care of me,” he says.

That life-saving moment created an unbreakable bond, one that still remains today. Weisser maintains checkups with Dr. Hoffman and the two families often travel together. Weisser gives all the credit to Dr. Hoffman for saving his life, but points out hospital staff also made a significant difference in his recovery as well as helping care for his wife while she stayed at his bedside. That compassionate spirit resonated with the Weissers, so when they decided to contribute to TGH’s Foundation, they requested that the funds remain listed in Hoffman’s name in the cardiac unit. “You could say that’s where my heart lies,” Ron laughs.

Ron, a current board member of the Tampa General Foundation Board of Trustees, and Debra have donated thousands of dollars to support TGH’s educational scholarships for cardiac care nurses each year. They also donate funds to support in other ways, such as buying 50 tickets to the Ringling Bros. and Barnum & Bailey Circus so that single working parents could enjoy a day with their families.

“That caring spirit is instilled in all of TGH’s staff so patients know they have a whole community looking after them and their family.”

The Pepin family has been a fixture in Tampa’s philanthropic community for more than two generations.

“Ever since I can remember, the Pepin family has been known for giving back to the community,” says Tom Pepin. “It’s in our family DNA.”

When Pepin, President and CEO of Pepin Distributing Co., took over the family business from his father, Art “Pep,” he also embraced the family’s commitment of giving back. Philanthropy begins at home for the Pepins, which includes Tom, Lauren, the couple’s four adult daughters and twin toddlers.

After Art received a successful heart transplant while away from home, he returned to Tampa with a vision to create a place that offered the most advanced heart health care here. Together with a matching $500,000 pledge from Tom, the Pepins contributed one million to open the Pepin Heart & Vascular Institute (now known as the Florida Hospital Pepin Heart Institute). The institute has emerged as one of the most advanced specialty digital hospitals in the Southeast and is well known for its gold standard of patient-centered cardiac care.

“We are the Moffitt of cardiac care,” says Tom. “We specialize in heart disease – that’s all we do. We are a specialty hospital where everything is onsite for patients and families with the latest testing equipment and a research institute.”

Lauren adds, “When you walk inside, there is a sense of hope. We treat patients individually, and our passion for providing inspired care comes from the staff.”

Anonymity is not really possible for this family, but Tom admits there have been times when he has gone “undercover.”

“I’ve spent many afternoons greeting patients and families. Before I introduce myself, I ask them about their treatment, how they were treated and did they feel a part of the care process,” he says.

Tom, along with his siblings Jill, James Paul and Pam, have pledged an additional two million dollars to expand the level of cardiovascular care at Pepin.

“We believe in karma. The more you give, the more it gives back.”

What was supposed to be a routine health exam turned into a life-saving experience for Larry Morgan.

“I needed a life insurance policy to satisfy my loan coverage for my new business [Tires Plus],” explains Morgan. “When the insurance company received my medical exam, the cardiologist said he found a serious heart condition.”

“He called me at 8 p.m. Saturday night to say the EKG test was erroneous and that I was fine. For a doctor to call a patient on the weekend,  it was a terrific gesture. I was sweating it out, worried about this test.”

As one of the most successful entrepreneurs in the automotive and tire industries for 40 years, Morgan built a small seven-store dealership with The Firestone Tire & Rubber Company into a 137-store chain. When he left Firestone, he founded retail tire company, Tires Plus, growing it into a one billion dollar corporation before selling it in 2000 and retiring.

That’s when a friend asked him to get involved with the community hospital systems. The astute businessman dug in and tried to find solutions, but quickly learned that “business and healthcare are two different worlds.

Joining the board committees proved to be beneficial in other ways for Morgan. He “became smitten” watching the healthcare providers working and spending time with them to learn hospital care from their perspectives.

When the hospital needed to build a new cardiac center, Morgan and his wife, Ernestine, generously donated five million toward the construction of the Morgan Heart Hospital in Clearwater.

“I knew my money would be well spent and put to good use,” explains Morgan. “It always falls back to your health when people are at their lowest points in life and have the greatest need.”

Choking back tears, Morgan shares how he met a woman who thanked him for saving her mother’s life.

“Her mother was deathly ill when she came to the hospital. The family had no money and didn’t know if she would live. The staff helped care for her mother and treated her like royalty. That story still resonates with me and what we do every day for people.”

Morgan, past board chair of Morton Plant Mease Health Care and Baycare, remains committed to the institution’s philanthropic needs. For the 10-year anniversary, the Morgans, along with Kate Tiedemann and Ellen Cotton, each contributed one million toward the Morgan Heart