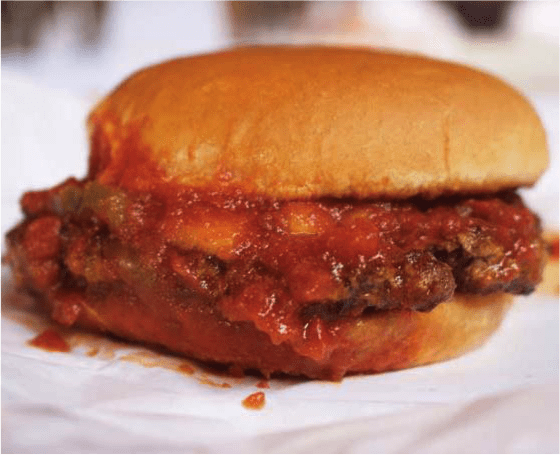 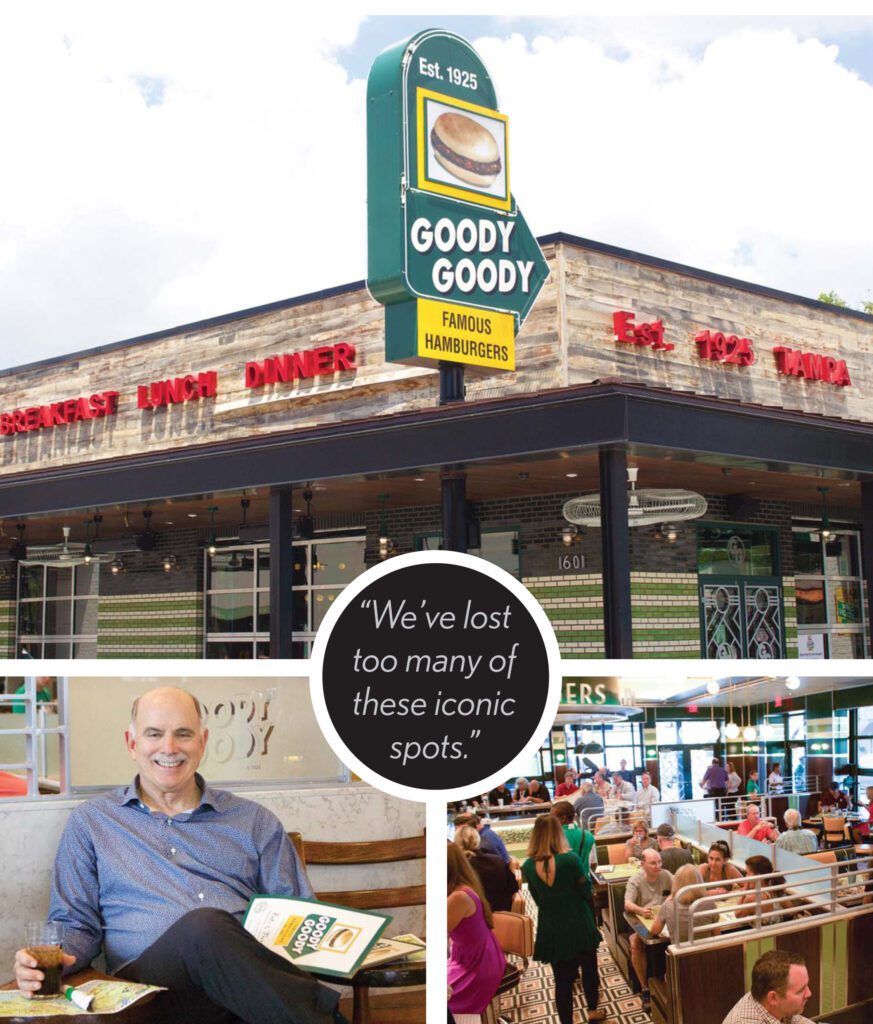 A Tampa burger chain that had served its signature beef patties with a secret sauce since 1925 was Richard Gonzmart’s go-to dining destination when he needed to bring home dinner for his family. After finishing work at the Columbia Restaurant in Ybor City, he’d speed dial in an order and head to the Florida Avenue Goody Goody where his sack of burgers would be waiting for pick up.

When the last Goody Goody location closed in 2005, it marked more than the loss of a favorite takeout spot to Gonzmart. The president of the Columbia Restaurant Group, a Tampa-based family owned and operated business, mourned another culinary casualty among an elite group of restaurants that had served Tampa families for generations.

Rather than let this legacy fade from memory, Gonzmart began negotiating for the name, recipes and rights to Goody Goody. It took nearly 10 years but his persistence and patience finally paid off. The announcement made October 2014 confirmed Gonzmart was bringing Goody Goody back to Tampa.

“We’ve lost too many of these iconic spots,” said the fourth-generation restaurateur citing The Colonnade, Castellano & Pizzo and Agliano & Sons Fish Co. as examples of established businesses catering to local appetites that no longer exist. “I didn’t want this name to fade into history, too. Plus, at each of our restaurants we celebrate history, heritage, family and good food. Goody Goody fit right in with our other concepts. It’s perfect for us.”

Reviving, rebuilding and rejuvenating Goody Goody has brought both pleasure and pressure to its owner. Instanly there were questions about where it would be built, whether the food would stand up to its predecessor and, the inevitable, when would it open?

“We had off-the-charts public demand and expectations,” Gonzmart recalled. “That reassured me I had made a good purchase, but it was a little frightening, too.”

The past two years allowed Gonzmart and his team time to perfect pies, sandwiches, sauces and milkshakes so they are worthy of being sold under the Goody Goody marquee. Dozens of tasting events hosting hundreds of volunteer tasters were held to ensure ingredients and execution of items included on the breakfast, lunch and dinner menu would meet with the approval of longtime fans as well as first-timers.

“We want to serve those loyal customers but also introduce new generations who appreciate good food at a great value in a cool setting. I love seeing three generations sitting together talking about back then and right now. It’s a nod to the past with an eye to the future.”

Creating a clone of Goody Goody was never the plan. Elevating and expanding what the Goody Goody brand stood for was the vision. The newly designed version that opened in August features ingredients that are fresher. Its interior design is bold, bright and beautiful. And the dining experience at the Hyde Park Village hotspot is one that is commonly described as “fun”.

“They did things at the old Goody Goody we can’t, or won’t, do today,” Gonzmart said. ”Our overall quality is better. Our meat is a far better cut. We use beef from the Strickland Ranch, just as we do at Ulele. Their fries were frozen. Ours are fresh cut daily,” he explained. “Nobody really talked about the breakfast at Goody Goody. There was a reason for that. But we worked very hard on our breakfast items. I sampled 23 kinds of bacon before adding it to the menu. All of our eggs are from Amish farms. Breakfast is my favorite meal and at Goody Goody we serve breakfast all day.”

The story continues with the upcoming opening of Goody Goody at Tampa International Airport and a recent expansion of the South Tampa site that will boost the size of both the kitchen and bathroom. Beyond that? Gonzmart hints there may be more in store for the brand but remains noncommittal for now. He admits to being pleased with the results and “ecstatic” about the response.

“If something’s not fun, I don’t do it. Life is too short. Each project is fun in different ways,” he added.

“At the Columbia Restaurants, it’s tweaking what has worked for 111 years and providing good food and a place for community and family celebrations. At Ulele, it’s embracing the waterfront, pioneering a completely new menu and helping revitalize Tampa Heights. At Goody Goody, I really enjoyed recreating, creating in some instances, the menu and then providing a space that is our take on the old-time diner. I had an absolute blast.”