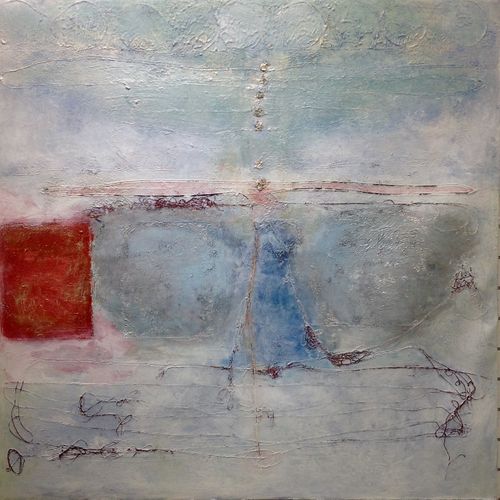 The new outpost of Galleria Misto opening tonight in the Mahaffey Theater marks a major milestone for both the gallery and the Mahaffey (aka Duke Energy Center of the Arts). It’s the second location for the gallery, which is already an established presence in Belleair Bluffs — and, while owners Louise and Luigi del Basso have shown gallery members’ artwork at the Mahaffey in the past, tonight marks the beginning of an official partnership through which Galleria Misto will curate all of the performance venue’s visual art exhibitions.

In short, that means two great things for the rest of us: An esteemed gallery is expanding its footprint, and Downtown St. Pete gets another great place to see art!

In the future, the gallery, which is located on the Mahaffey’s second floor, will be accessible whenever the venue is hosting an event — and with so much going on there all the time, that means there’ll be be plenty of opportunities to enjoy the art. But tonight, the only event taking place is the gallery opening itself — and that’s reason enough to stop by. Galleria Misto artist Ria Ray (whose work is featured above and on the opening invitation) will be on hand, as will many other gallery artists and classical guitarist Christopher Santucci. And be sure to say hello to owner/curator Louise del Basso, whose keen eye and British charm are among the gallery’s most important assets.