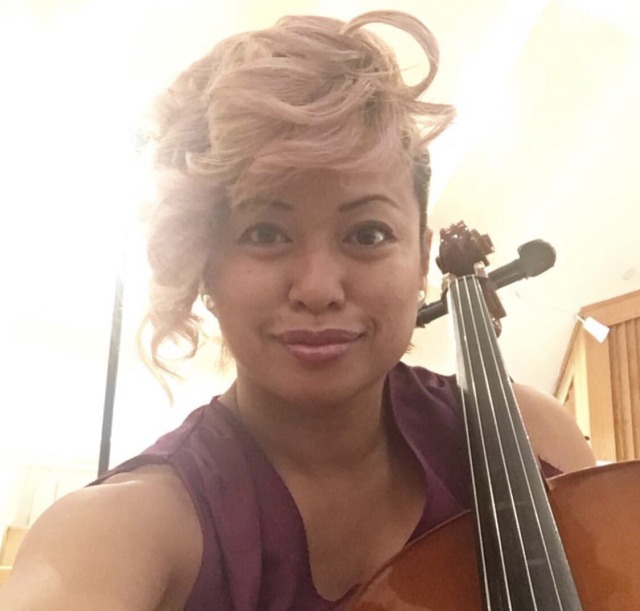 You can blame Spain (the country) for spawning the small-plate craze that has invaded menus everywhere, giving restaurants an excuse to serve lots of over-priced, minuscule meals whenever servers get around to it.

But you can thank Spain (the downtown Tampa restaurant) for continuing the tapas tradition in a way that feels authentically Spanish: croquetas and camarones and callos and lots more in the Galician style, and on Tuesdays their tapas are just $8. Plus, the bartenders make delicious sangria and mojitos, the all-white decor is chic, and — shades of Pablo Casals — there’s a cellist.

And not just any cellist. Rose Mallare (pronounced mal-YA-rey) of Mallare  Music has won and been nominated for many awards, but if it were up to me she’d be a shoo-in for Best (or at least Most Eclectic) Resume. Not only has she played acoustic and electric cello all over the place (including the Vatican), she’s been a model, a dancer/choreographer, an “Aerial Stunt Coordinator” for America’s Top Model, and a rigging designer for Shark Tank, among many other achievements. Check out her site for more and be sure to watch the video of her playing solo electric cello at an outdoor performance as a little boy watches, rapt — until the high fives at the end.

Champiñones and cello — sounds like a tasty Tuesday night!

dR Daily 8/26: It's Mise vs. Parkshore in the Epic Chef Showdown Finale