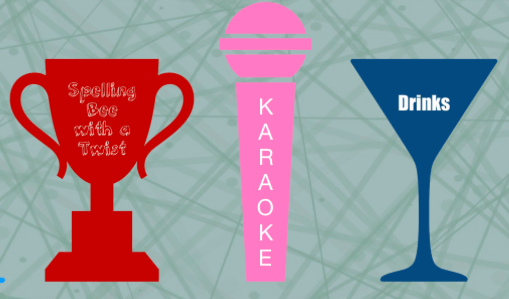 Lately, professional theater companies around here have taken to promoting their new seasons in Big Reveals, like gender reveal parties where everyone already knows it’s a boy (since by the time of the parties, the seasons have usually been announced already). It’s all a bit forced, but I gotta hand it to Stageworks; tonight they’re throwing one that actually sounds like fun — the season launch party as Game Night, with party games themed to the six productions of the 2019-20 season, plus food and drinks. There’s a spelling bee, which one might conclude has something to do with their production next spring of the musical The 25th Annual Putnam County Spelling Bee, but how they will tease the new musical Ordinary Days; the courtroom drama 12 Angry Men; the baby-shower-gone-wrong comedy Morningside; or the Pulitzer Prize-winning Anna in the Tropics remains to be seen. As for the thriller Wait Until Dark, which opens up the season on Sept. 27, may I suggest a game of Hide & Seek? Mon. 9/9, 5:30-8 p.m., Stageworks Theatre, 1120 E. Kennedy Blvd., Tampa, RSVP to info@stageworktheatre.org.

Weekend Wheels: A jaunt to Boca Grande in a Mercedes convertible