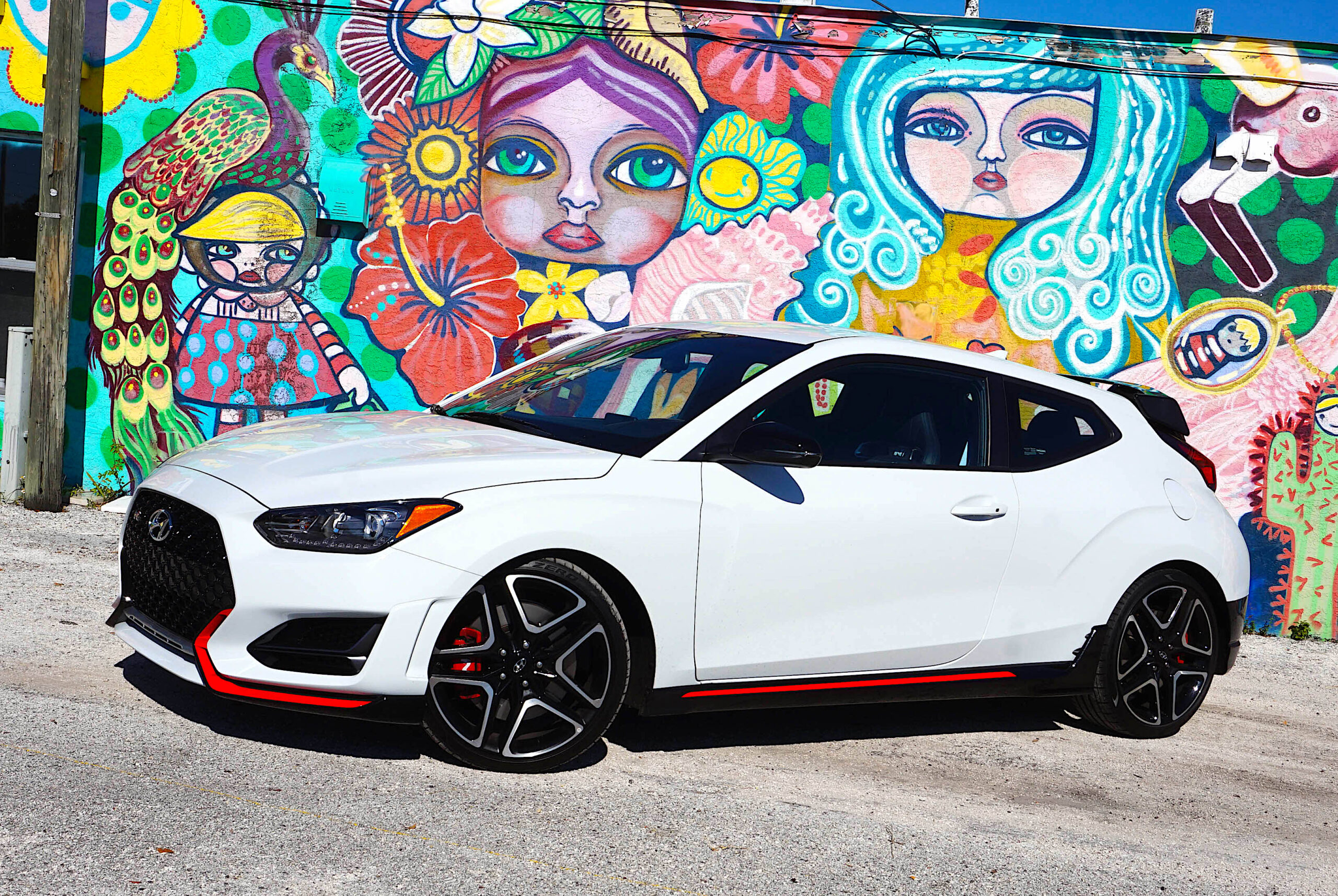 If you’re a Fast & Furious fan, you’ll no doubt be counting the days, hours, minutes till the debut of F9: The Fast Saga, due, hopefully, in theaters June 25.

Vin, Letty and the gang are back — but alas, not The Rock — for yet another saga of insane stunts, skids and general automotive mayhem.

To get into a Fast & Furious state of mind, might I humbly suggest you take a spin in the latest wheel-spinnin’, adrenaline-pumpin’, grin-inducin’ pocket rocket that’s Hyundai’s 2021 Veloster N.

Why this thing hasn’t been enlisted as a Fast & Furious character I’ll never know. With its turbo 2.0-liter packing 275-horsepower, it’s definitely fast enough. Add to that a brand new 8-speed dual-clutch automatic, and there’s no shortage of fury.

This is without doubt the most fun sportster I’ve driven in ages, delivering more smiles per mile, more giggles per gallon than anything out there costing under $50,000.

And the Veloster stickers for way under $50k. Think $34,745 out the door and on the street. That’s one explosive bang for the buck.

Hyundai has been offering the three-door Veloster N since 2019, but the formula wasn’t quite right. It was stick-shift only, and not a good one at that, and only 250-hp. And all the must-have features you’d want were bundled into a pricey options package.

For 2021, Hyundai has finally got the formula right. Power up to 275-hp, that new, rapid-fire 8-speed dual-clutch transmission, an electronic limited-slip differential, super-cool 19-inch wheels shod with sticky Pirelli P-Zero rubber, and an exhaust with the kind of snap, crackle and pop that Kellogg’s could only dream about.

In case you’re wondering what the N in Veloster N stands for, it’s the first letter in Namyang, which is the town in South Korea that’s home to Hyundai’s global Research and Development center where the car was developed.

It’s also the first letter in Nürburgring, the legendary German race track where Hyundai has a test center and where the Veloster’s handling was fine-tuned.

Also, if you look at the “N” badge with its rounded edges, it kinda looks like an overhead view of a pinch-tight S-bend where the Veloster loves to play.

Me? I think it stands for everything, from “naughty,” to “nimble,” to maybe just plain “nuts.”

Climb aboard and slip into one of the Veloster’s new front sports seats. They’re thinner and more bolstered than before, and feature very cool, illuminated “N” logos in the backrest. They call them bucket seats for a reason — they feel like you’re sitting in one.

There are big ol’ paddle shifters on the side of that grippy, salami-thick, leather steering wheel and gorgeous, crisp, easy-to-read analog dials behind it.

Smack in the center of the dash is an 8-inch touchscreen where you can play with an endless variety of chassis, engine and exhaust choices.

OK, so let’s tap one of the steering wheel flaps to dial-up “N Mode,” which is one up from “Sport;” tap “Launch Control;” and with your left foot hard on the brake and your right hard on the throttle, just pop your foot off the brake.

Whooooaaah. The little Hyundai rockets off the line in a cacophony of turbo whistle, engine scream and exhaust roar. Click a stopwatch and, according to Car and Driver testers, you’ll hit 60mph from standstill in a mere 4.8 seconds. That’s fast.

And that dual-clutch automatic fires off shifts like an AK-47, accompanied by the most glorious bark from the exhaust.

Find yourself a tight Interstate on-ramp or twisty backroad — or better still a local racetrack — and the little Veloster is more fun than a ride on Space Mountain. The steering is laser-precise, quick and has a ton of feel, the tires grip like Velcro on velvet, while the brakes can stop time.

This is a hoot — a true definition of a red-hot hatchback. Fun, with a capital N.