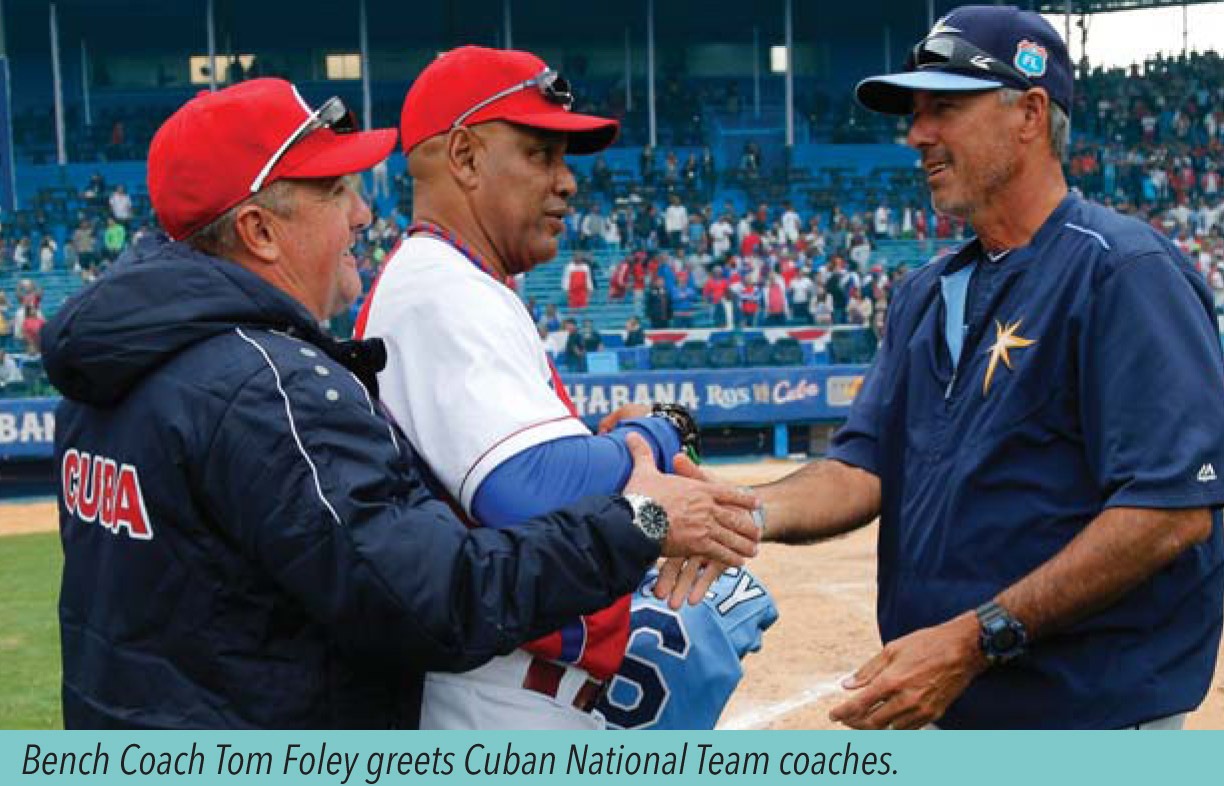 The Tampa Bay Rays made history this spring when they became the ﬁrst professional team to play in Cuba since the Baltimore Orioles took on the Cuban national team in 1999. The exhibition game at Estadio Latinoamericano uniquely showcased our community as both United States President Barack Obama and his counterpart Raul Castro attended.

However, it was the team’s philanthropy that brought the two countries closer. In addition to hosting off-site 90-minute instructional clinics for about 10 youth league teams, the team’s coaches and players took the opportunity to give back to the Cuban people at the ballpark.

“We covered our bases pretty well,” quipped Rick Vaughn, vice president of communications for the Rays. “We literally brought boxes and boxes of things we could share with the fans. We only were there for 48 hours and were not sure how much interaction we’d have with them (the fans) outside the ball park.”

Former Rays’ catcher Rene Rivera knew a little more about what to expect. The Puerto Rican native traveled throughout the Caribbean while playing winter ball for 15 years. He saw ﬁrst hand how little access the kids had to everyday educational tools.

Together, he and his wife Mariel Rivera packed 51 gift bags of schools supplies. Not sure how or when they could distribute the more than two-dozen ﬁlled boxes and individual gift bags, the team waited for the best opportunity. Turns out, everyone arrives really early when two heads of states visit a ballpark.

Although the game started at 2 p.m. the estimated 55,000 fans were in their seats by noon, patiently watching the team’s pre-game drills. It was then that the players and Major League Baseball management brought the boxes on ﬁeld and started displaying good old fashion American generosity: “Even the commissioner of baseball was tossing stuff to the fans,” Vaughn said.

The players then gave the gift bags to the young children participating in the pregame ceremonies.

That moment – when Cuban fans connected with players whose names they barely knew and their appreciation rang warmly through the stadium was the most endearing memory for Vaughn; an expression of love and excitement for the game that would remain forever a part of the team’s history.