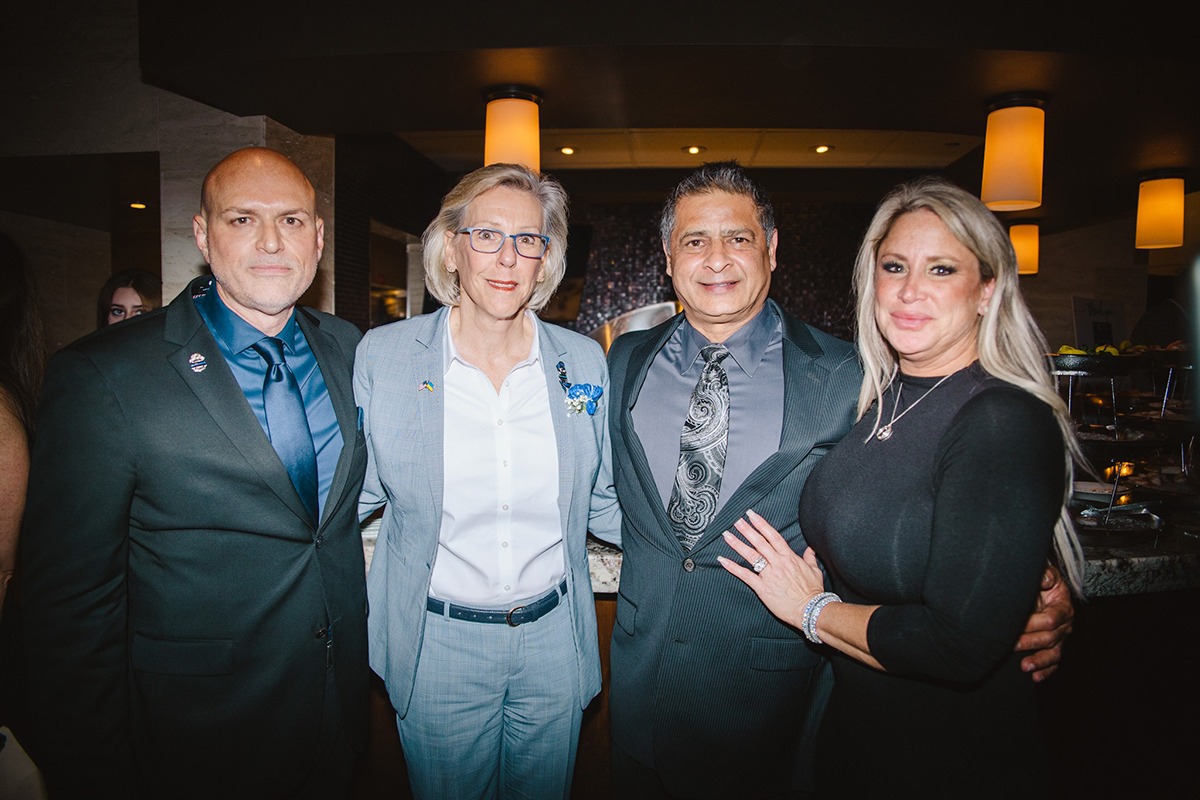 Last Wednesday, right around rush hour, the valet circle of Eddie V’s on W. Boy Scout Blvd. in Tampa was starting to fill up. First, we saw members of the Tampa Police Department walking toward the restaurant. Inside, we noticed more police officers — not in uniform, but wearing a blue and white corsage. Hundreds of guests had gathered to remember fallen Master Police Officer Jesse Madsen, killed one year ago while stopping a wrong-way driver on I-275. Past police chiefs mingled with members of Jesse’s police squad and his friends and family, including Major Eric DeFelice, Jesse’s superior officer, and friend Jason DeRocco.

Then we noticed the TV cameras: ABC, Fox TV, Bay News 9. But the reporters weren’t there to interview Tampa Mayor Jane Castor, due to arrive any minute. Instead, those speaking to reporters were the superstars for the evening: Steven Anthony Rogai, Dominique Martinez and Major DeFelice.

Steven Rogai of Steven Anthony Luxury Homes organized this kick-off fundraising event to create a Fallen Officer memorial to be placed at the District 1 police station in Tampa. As the founder of the Rogai Family Foundation, Rogai said the mission of the charitable arm of his company is “supporting an enhanced quality of life for the Tampa Bay community through advocacy and economic support.” He looks forward to this as being the first of many events that will support the Tampa Bay community. “This will be more than art; it’s a timeless piece.”

Tampa-based Dominque Martinez was the artist selected to create this special memorial, along with his team at Rustic Steel.

“The finished piece will showcase Officer Madsen’s strength and honor and will even include several parts of his car,” said Martinez. “It will be on display in front of the Tampa Police Department for the world to see the sacrifice this man made.”

All guests had one purpose in mind (especially presenting sponsor Hughes Shelton/Compass): to raise money to create a memorial for this beloved fallen officer. Inside Eddie V’s, guests shared an evening of music, entertainment, food and drinks, plus an auction with friends and supporters and a special performance by the talented Billboard artist Alex Harris.

Jesse Madsen was a husband, father of three, a Marine and a 16-year veteran of the police department. Donations are still being raised for the purpose of the design, creation and installation of the Fallen Officer Memorial in honor of Jesse Madsen and others who make the ultimate sacrifice.