Yoga studios throughout the Tampa Bay area offer myriad classes to meet every interest and level of practice, from beginner to advanced, and the studios themselves are often as varied as the classes offered.

One yoga practice that has taken off over the past few years is aerial, or swing, yoga, which takes traditional yoga positions and puts them up in the air using the same type of silks and swings as those used in the aerial arts (think Cirque du Soleil).

“The number one reason people want to try swing yoga is because it’s fun,” explained Francine Messano, owner of Yoga Downtown Tampa. “They see that it’s so beautiful, acrobatic and athletic looking, but it’s surprisingly attainable for people. Swing yoga increases ﬂexibility and strength, relieves stress and tension in the neck, and decompresses the spine.”

Francine went on to mention that professionals who sit behind desks all day are looking to let loose and relax, and, “what better way than to hang upside down?” She also said that swing yoga classes are approached with a sense of humor, and that her students return because the people in the classes are supportive and that they enjoy the company.

“Laughter and approaching anything with a fun attitude is the ﬁrst way to release stress,” Fran noted.

South of the bay area, Kerry Tice, owner of Circusoul Yoga, fell in love with the circus arts and ﬂying trapeze while growing up in Sarasota. Instead of pursuing a medical career as planned, he felt called to return to the trapeze and discovered aerial yoga when he sustained an injury.

“I found so much power and healing in the release I felt in my back,” said Kerry. Shortly thereafter, he created an hour sequence for classes that were offered in South Florida in 2009. Later that year he moved back to Sarasota and opened Circusoul Yoga.

“I wanted to create an original program here in Sarasota,” said Kerry. “Aerial yoga is an answer to problems that so many people have with their bodies, and they’re seeing results from taking classes just a few times a week.”

Today, Circusoul Yoga offers yoga classes to compliment aerial yoga, as well as aerial dance class and aerial yoga teacher training, registered with Yoga Alliance. Kerry also developed his own hammocks that are used in the aerial yoga classes; the hammocks are made in-studio and sold around the world. 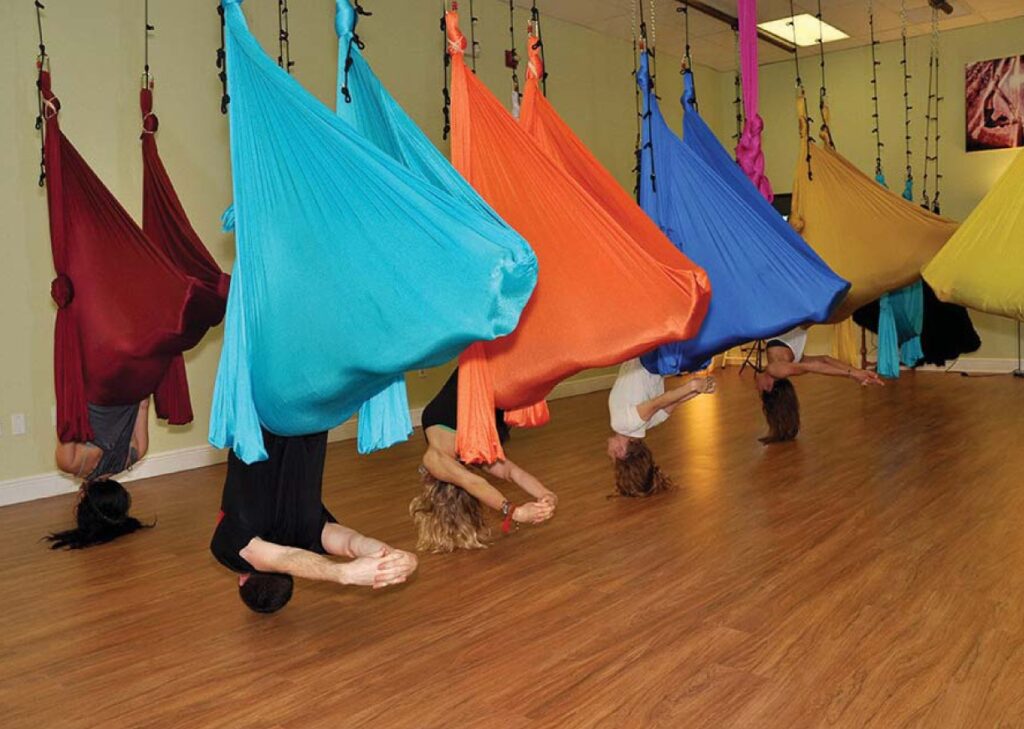 Charities Hit a Hole-In-One with The Valspar Championship