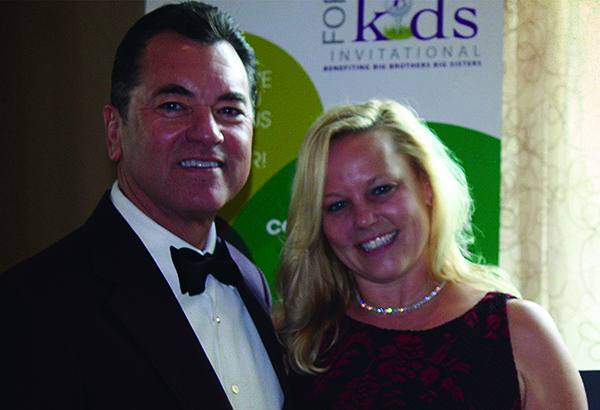 When Ron Broadrick sold his business, Earth Tech, to a private equity group in 2010, he and his wife Tami wanted to give back to the community.  Since the couple met when Ron was president of the board of directors for Big Brothers Big Sisters of Tampa Bay, it was only natural that their philanthropic interests would center on a cause they’re passionate about:  giving at-risk children hope for a brighter future.

Today, the Broadrick Family Foundation provides vitally needed funding for local nonprofit charities with a mission of serving foster, abused and homeless children.  “The need is so great out there,” says Ron, who remains as president and CEO of Earth Tech, one of Central Florida’s premier foundation stabilization companies.

While they continue to support organizations like Big Brothers Big Sisters, Ron says he and Tami have begun to focus more on small, grassroots charities that many people have never heard of before.

Everyday Blessings provides a safe and stable home to siblings, allowing them to remain together after they have been removed from their home due to abuse.  “These are children whose world has been turned upside down,” says Ron. “We are thrilled to be helping them.”

Suncoast Voices for Children and Angels Against Abuse also support at-risk children who have been removed from the home, sometimes with only the clothes they are wearing at the time.  Both agencies step in to provide basic items like car seats, mattresses, clothes and shoes, and to pay for extracurricular activities that can give kids some semblance of a normal childhood.

“These are organizations that have touched our hearts,” says Ron. “We have been able to give these children a chance for a better future and maybe they won’t be destined to repeat the cycle.”

Since 2010, the Broadricks have been generous benefactors for many of these organizations.  But last year they decided to take their Family Foundation to the next level by asking friends to get involved.  In April, they hosted “Cheers for Charity,” an exclusive evening of fine food, wine, music and dancing at their home in Lutz.  “It was a tremendous evening with 75 guests,” says Ron.  “We were thrilled to raise $209,500, all of which is directly donated to the charities we had identified.”

Ron and Tami are now planning this year’s Cheers for Charity, which will be held on Saturday, April 8. Once again it will be a spectacular evening of food and entertainment at their home, but with a special surprise.  The fundraiser will be the “world-release” launch party for “Maxem,” a new wine created by celebrated winemaker Sam Kaplan, whom Ron calls a “rock star.”  Kaplan oversees Memento Mori, one of Napa Valley’s most sought after cult wines. You don’t want to miss it.

For more information about the Broadrick Family Foundation and Cheers for Charity, go to broadrickfamilyfoundation.org.