Indeed even Kodawari’s logo of a butterfly in flight illustrates founder Annette Scott’s mantra: “We are really about the transformative capacity of every human.” Established March 2016, the new, 5,000 square-foot business blends state-of-the-art hot and cool yoga studios, extensive massage and bodywork therapies, and a retail center featuring custom, (primarily) locally-made gifts as well as an organic coffee and tea café offering healthy “grab and go” foods. 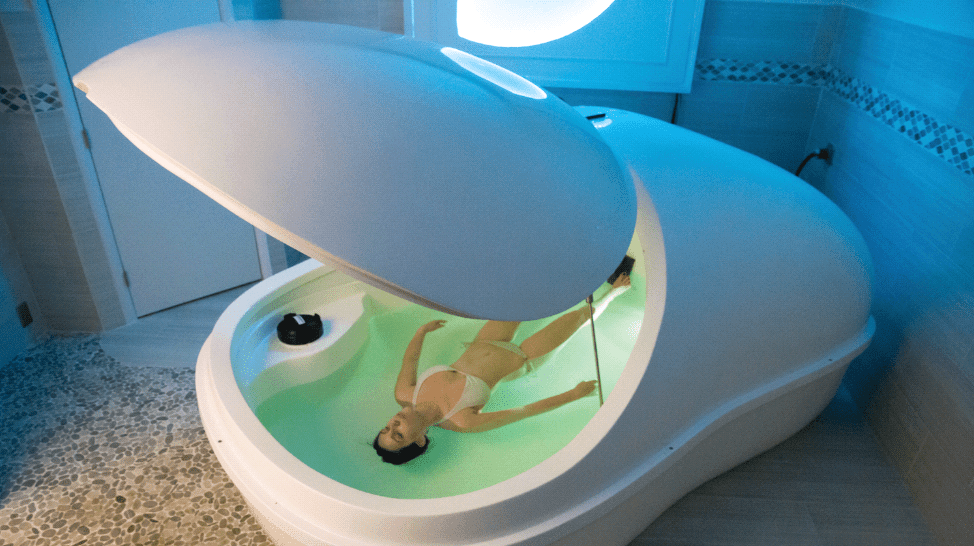 “We believe in craft. The focus is on the making. It is the practice, the craft, the making of the life,” says Scott, a long-term yoga instructor, personal trainer, massage therapist, and former doula.

Perhaps no other component of this lovely, brightly adorned studio reflects Scott’s values more than its float pod therapy.

Float therapy is a promising therapeutic treatment for a variety of chronic ailments and has even come under the radar of neuroscientists researching brain responses to extreme stress.

In this experience, which Scott calls the “sweetest, most passive piece of therapy,” individuals float belly up in a bed of water treated with 850 pounds of Epson salts and heated to the skin’s exact temperature of 93.3 degrees. Lying in the dark, encased in an enclosed egg-shaped pod and buoyed by the briny water, practitioners soon enter a deep meditative state that frees the mind to wander introspectively. 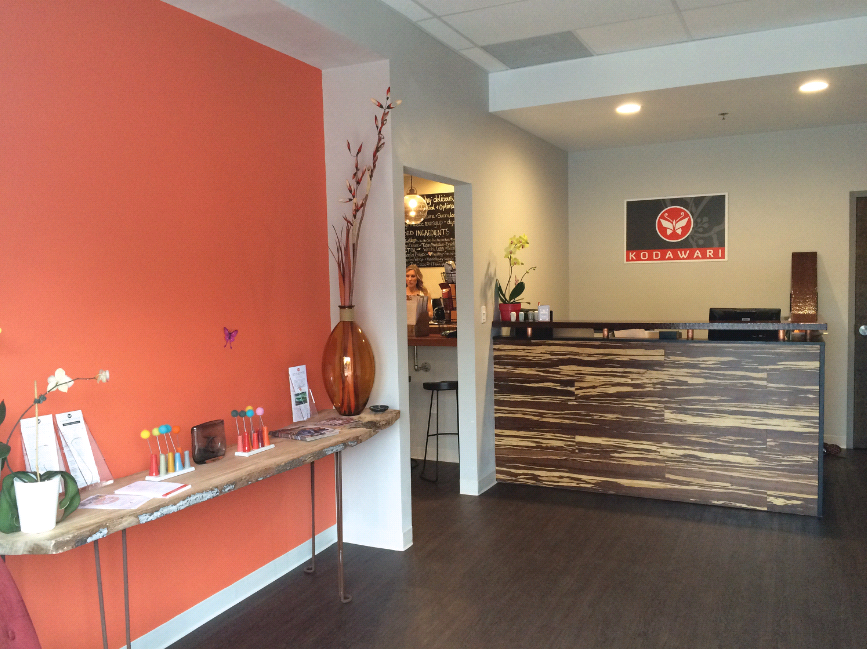 The pods are sanitized through a program of ultraviolet light, chlorination and peroxide as well as a triple filtration system. Clients shower prior to entering and are encouraged to float naked.

Floating’s Origin: The idea of such therapy began in the 1950’s under John Lilly, a neuroscientist whose controversial method of combining hallucinogenic drug use with isolation tanks earned the technique a bad rap well into the 1970’s.

In the 1990’s, long-term float researcher and now associate professor at the University of Toledo College of Medicine, Thomas H. Fine published studies on floating which showed in small sample groups, a drop in their levels of the stress-signaling hormone cortisol.

According to a Time magazine blog published November 19, 2015, “research by Fine and others has shown improvements in blood pressure, mood, pain, muscle tension, and stress-related hormones from floating.”

Neuroscientist Justin Feinstein opened the only float lab in the country: the Float Clinic and Research Center at the Laureate Institute for Brain Research in Tulsa, Oklahoma to investigate the effects of floatation on both the body and the brain.

He and his team scan the brains of healthy people before and after they float, comparing changes of activation in the brain. Although very early in the research, Feinstein and his crew note that floating cuts back anxiety at similar levels to that of meditation and some prescription medicines, according to the article.

At Kodawari, float therapy provides clients the opportunity to step away from the distractions of the everyday world so they may relax and revitalize in a safe, peaceful manner. It supports their extensive yoga practice and Scott’s philosophy that good health is not just an absence from disease but a proactive approach to life itself.