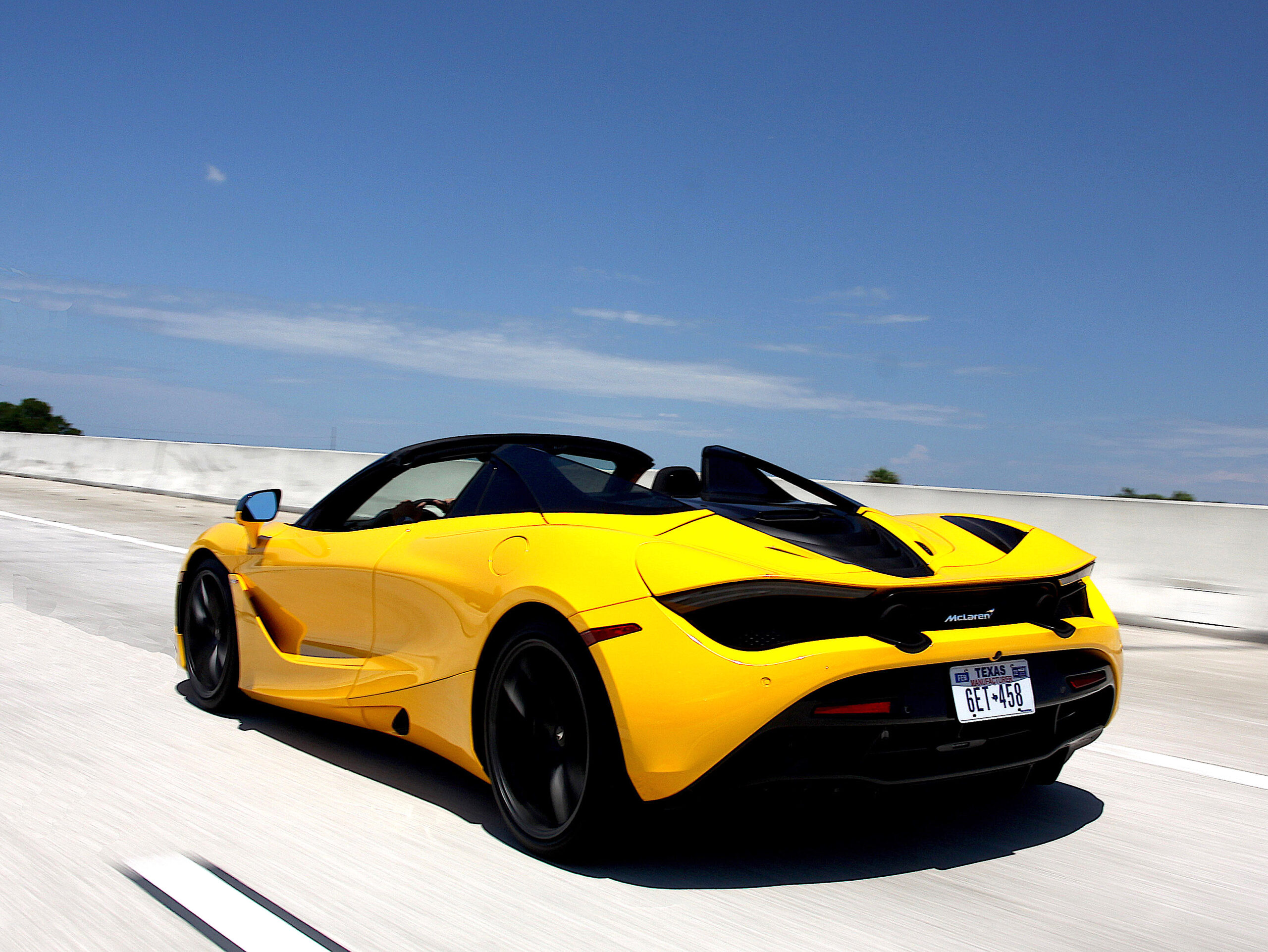 I love McLarens. With a passion. Love the rock-out-of-a-catapult acceleration, the frenetic, spooked-squirrel handling, the mind-blowing, mind-reading steering that can almost predict your intentions before you even nudge the wheel.

For me, these British-built projectiles are the very definition of the mystical term “supercar.” To drive one, to feel that 600-plus, twin-turbo horsepower, is like downing a quadruple espresso after a lifetime of decaf.

But. But. They do come with the odd compromise. The endless drone from those monster tires at each corner is like driving with a leaf-blower in the passenger seat. Hitting any kind of lump or bump is like colliding with a Florida sinkhole.

As for carrying personal items aboard — clean socks or a toothbrush — if they won’t fit into a squashy gym bag, you’re going to need to call FedEx. Or do without.

But here is the new McLaren GT. It’s a kinder, gentler McLaren with more refinement, more comfort, more civility. Oh, and did I mention there’s space in the back for a golf bag?

Thank McLaren for listening to its customers. Or its dealers, who likely moaned about losing another sale to more accommodating rivals, like Bentley’s grand touring Continental GT or Aston Martin’s exquisite DB11.

What we have here is the first McLaren hatchback. One tap of the keyfob and the huge glass rear tailgate pops open to reveal a long, wide, though rather oddly shaped, luggage area.

But it works. According to McLaren, it’s good for accommodating 14.8 cubic feet of “stuff.” Or a total of 20.8 cubic feet when you include the small forward trunk. While the rear space won’t swallow your Samsonites, it’s amazing how much you can get back there.

While this new rear luggage area does transform the versatility of this new GT, it too is not without its compromises. Like having a heat-blasting 4.0-liter twin-turbocharged V8 sitting beneath it.

McLaren engineers had to develop a thermal heat shield to reduce temps from 900degF around the engine, to a still-toasty 100degF. Stow that box of Godiva back there at your peril.

In keeping with the softer, slightly gentler image of this new GT, the design of the car has also been softened. Unlike the angry-bird McLaren 720S on which it’s based, the GT sheds the track-focused rear wing, the huge wheel-arch vents and air-gulping rear intakes.

Me? I think it’s the best-looking McLaren in the lineup. It’s just sleeker, more elegant, more stylish, enhanced by those lovely thin-spoked forged alloys at each corner — the biggest ever fitted to a McLaren.

Open the high-lifting scissor-like doors and inside, McLaren’s typical wafer-thin, butt-numbing seats are replaced with wider, comfier, thicker-padded versions which are a delight. The cabin is now a sea of soft, handbag-quality leather befitting the grand tourer the GT is.

And boy does this car tour grandly. There’s less snap, crackle and pop from the exhaust compared to, say, the 720S. Less volume, too. And the suspension has been tuned to deliver a ride that’s a tad smoother, less brittle, more forgiving, and with less tire roar.

But don’t for one second think that McLaren has gone soft on performance. The GT’s 4.0-liter V8 packs a 612-hp punch that can slingshot the car to 60mph in a retina-blurring 3.1 seconds, and not call it quits until 203mph is showing on the speedo.

Hustle the GT along a curvy two-laner and its race-bred heritage, along with perfect poise and balance, is there to thrill. Developed for the track, on ordinary roads it essentially goes precisely where you point it. Its handling is nothing less than stellar.

To me, McLarens have always been magical. Think of this new GT as practical magic.