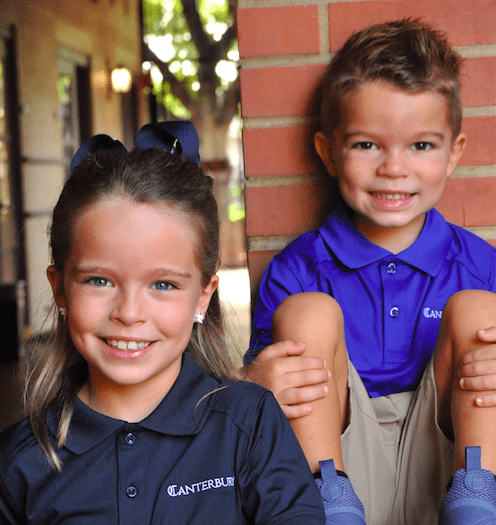 Prep Squad: Picking the right private school for your child

When choosing a private school, do your homework — and trust your gut.

When Jeff Besse lived in Western Massachusetts — a state that’s widely recognized as having some of the best schools in the nation — the father of five did what most of his neighbors did: He sent his brood to the closest public school.

Besse began to look at education differently after relocating to Belleair Beach in 2013 with his wife, then-6-year-old son Parker and 12-year-old stepson Max. He combed Clearwater and North Pinellas County for something private — not because he wanted to buck Florida’s public school system, but because he wanted the boys to have a faith-based education. Back in Massachusetts, small private Christian institutions were few and far between.

“We did a lot of research,” says Besse, president of Advanced Impact Technologies, a Largo- based glass manufacturer. “It was a process.”

The family settled on Saint Paul’s School in Clearwater for Parker, now a fifth grader, and Northside Christian School in St. Petersburg for Max, now a high school senior.

It took them a few years to discover Saint Paul’s, a 50-year-old independent school with an Episcopal affiliation. Parker spent his first three years at a nearby Christian prep school, where Besse says various challenges spurred him to shop around for a new academic environment when Parker was in third grade.

His dentist recommended he check out Saint Paul’s. Besse spoke to administrators and asked straightforward questions about the school’s management philosophies before meeting with teachers and scheduling a tour. “I wanted to make sure there was clear and concise leadership,” he says.

The first thing Besse noticed during his tour was that in each pocket of the campus, students were engaged and teachers were animated. Chins were up. Eyes were forward. Hands were shooting up to answer questions. In the schoolyard, a science class was gathered in the grass melting marshmallows with solar panels. In a classroom, students were seated in a circle, listening to a teacher read a mystery novel.

They seemed to hang on every word of the caper. And in a sense, Besse did too.

By the end of the tour, he knew where Parker would be starting fourth grade.

“When I stacked it up against other schools, the professionalism and energy I was feeling from the students and the teachers made it an obvious choice,” Besse says. “At the end of his first year, my son thanked us for sending him there. How many kids at that age thank their parents for sending them to school?”

… especially in a state that’s saturated with private institutions. According to the Florida Department of Education, Florida is home to more than 2,600 private schools. That’s nearly three times the number of private schools in Besse’s home state. In Hillsborough and Pinellas County alone, parents seeking a private education have more than 230 schools from which to choose, each one offering a different variation on two basic themes: college preparation and character- building.

“Most admissions offices are warm and welcoming places that want to help families navigate through the process,” says Janie McIlvaine, director of admissions at Berkeley Preparatory School in Tampa. “Each school has a different personality. You can visit a website, but it’s just a website. You don’t know a place until you thoroughly explore it; until you actually come in and talk about your family’s wants and needs and hopes.”

There is no one-size-fits-all program. Florida’s private elementary and secondary schools are not licensed or regulated by the Florida Department of Education, so curriculums and extracurricular activities can vary depending on school size, core values, administrative culture and cost of tuition.

In addition to Tampa Bay’s renowned secular schools, the area is loaded with equally renowned Catholic, Lutheran and Christian institutions, in addition to a bevy of alternative learning environments offering everything from flexible, self-guided, no-graded Montessori educations to rigorous military training.

“It’s hard to know when your kid is 4 or 5 what’s going to work for them in the long run,” says Courtney Carroll, whose 12- and 9-year- old sons have attended Berkeley Prep since preschool. “The best advice I can give parents is that this isn’t a lifetime decision. Go with what works for your family at the time.”

For Carroll, whose husband graduated from Berkeley, the decision was easy. She toured the school when her oldest son, JR, was ready for preschool. She says she opted for Berkeley because it offered small class sizes in a big school environment, and didn’t tow a “hardline for only academics.”

Picking the right private school can feel a lot like picking a college, says McIlvaine.

For some families the deciding factors boil down to cost, location and academic ranking. For other families, it simply comes down to taking a leap of faith.

When Justin and RyAnn Flood moved with two small children from Michigan five years ago, they had no idea where to look for schools. The couple was in the process of building a home outside of Detroit when Justin, who works for a private equity firm, was transferred to downtown St. Petersburg. Partly overwhelmed and partly convinced they would move back north, RyAnn casually asked her husband’s boss for a school recommendation. He suggested two A-plus institutions: Shorecrest Preparatory School and The Canterbury School of Florida. The Floods picked Canterbury.

The family moved to St. Petersburg on a Sunday night and two days later, their daughter, Reese, now 7, started at Canterbury’s lower campus on Snell Isle Boulevard. They never even toured the school.

“I thought my kids would go to public school in Michigan,” says RyAnn, whose son, Ronan, is in his last year at Canterbury’s preschool. “I did not expect to stay here and I did not expect to love it. As cheesy as it sounds, Canterbury played a huge part in that. The school was an instant family. Our daughter was comfortable and happy, so we were comfortable and happy. We found our community. And honestly I can’t imagine sending our kids anywhere else.”