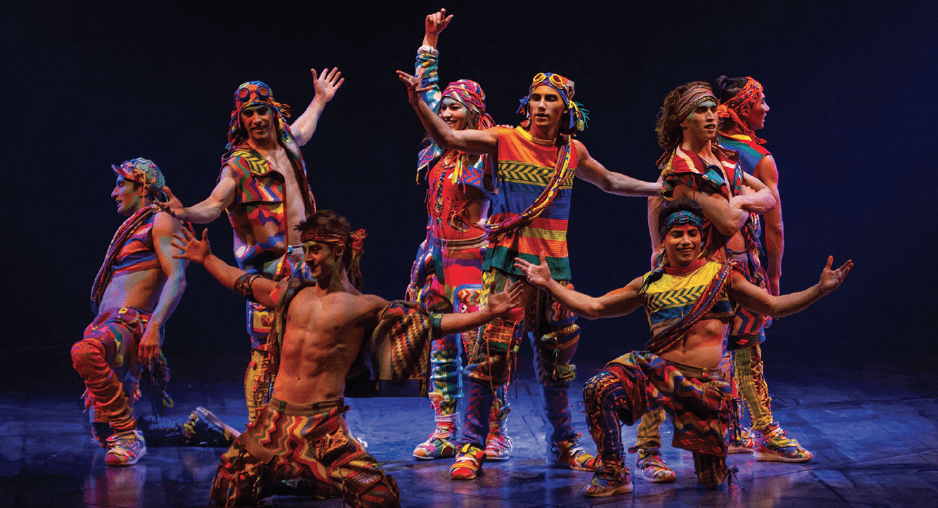 An exciting, electrifying and energizing entertainment experience arrives in the Tampa Bay area on February 14 when Cirque du Soleil’s VOLTA opens under the silver and white Big Top tent for a limited engagement.

It has been five years since the world-famous Canadian organization known for its acrobatics, artistry and originality last installed its signature tent village and venue locally. Not only is the reserved seating, enclosed theater back but this visit places a show center stage that has previously only been performed in Canada prior to making its United States debut in Miami in December.

Fans familiar with the stunning stunts, live musical performances, custom-built stages and spectacular costumes that are hallmarks of Cirque du Soleil productions know that the 33-year-old organization is not content to rest on its stellar reputation. Instead, this global phenomenon continues to ramp up and amp up its efforts to elevate the sort of adrenalin-inducing, gravity-defying performances that keep audiences worldwide coming and clamoring for more.

VOLTA Is No Exception

VOLTA is no exception. Rather it’s another example of how exceptional Cirque du Soleil can be. “We’ve done a lot of acrobatics so the question becomes how do we enhance that?” said Michael G. Smith, artistic director of the North American Tour of VOLTA. In the case of VOLTA, urban action sports introduce new thrills and chills to the spotlight. While appealing to a young demographic, longtime fans will be equally dazzled by the high-speed BMX biking maneuvers featuring spins, flips and flying leaps from jump boxes and ramps that are performed from a full scale bike park.

The story behind VOLTA focuses on personal transformations that are only possible when there is freedom of choice and when individuals allow themselves to express their own authenticity.

The lead character, WAZ, hosts a popular reality-based game show that enables winning contestants to exit a colorless world of conformity and enter an elite realm of celebrity. But WAZ has become a prisoner of his own fame and public persona. Conflicted, he realizes it is time to reconnect with his inner spirit to set himself free.

“He is a character in a TV show who has the fame and fortune that we crave but behind that mask is someone suffering from emptiness, loneliness and isolation,” Smith explained. “This is his journey to becoming himself and getting the world to accept him as he is.”

Throughout this search, WAZ encounters characters from three different communities, the GREYS, ELITES and FREE SPRITS, who accompany him in this discovery of individuality.

As the journey unfolds, elite athletes share the spotlight with worldclass acrobats. These daring artistic pairings include a ballerina going toe-to-tire with a BMX biker. Dual, skipping ropes gaining speed and forcing rope jumpers to keep up at a frenzied pace. A not-so-ordinary obstacle course sending performers soaring as they scramble over structures and crisscross in mid-air while jumping to and from a bridge.

But behind these dazzling displays of physical prowess and pinpoint accuracy there is a powerful and emotional story.

“Every (Cirque du Soleil) show has a human message. People want that. Life is tough and they want to be touched,” Smith said, noting that it is an emotional connection with the audience that has kept long-running Cirque du Soleil shows like Quidam and Algeria relatable and relevant for nearly 20 years. “This is a show that celebrates who you are and that is something we all need to do in the world today. Why are we conforming? We need to inspire people to express themselves and show who they are. “Every person is a genius. Instead of hiding that, liberate yourself.”

VOLTA will be in Tampa from February 14 – March 4. Tickets can be purchased by visiting cirquedusoleil.com/shows