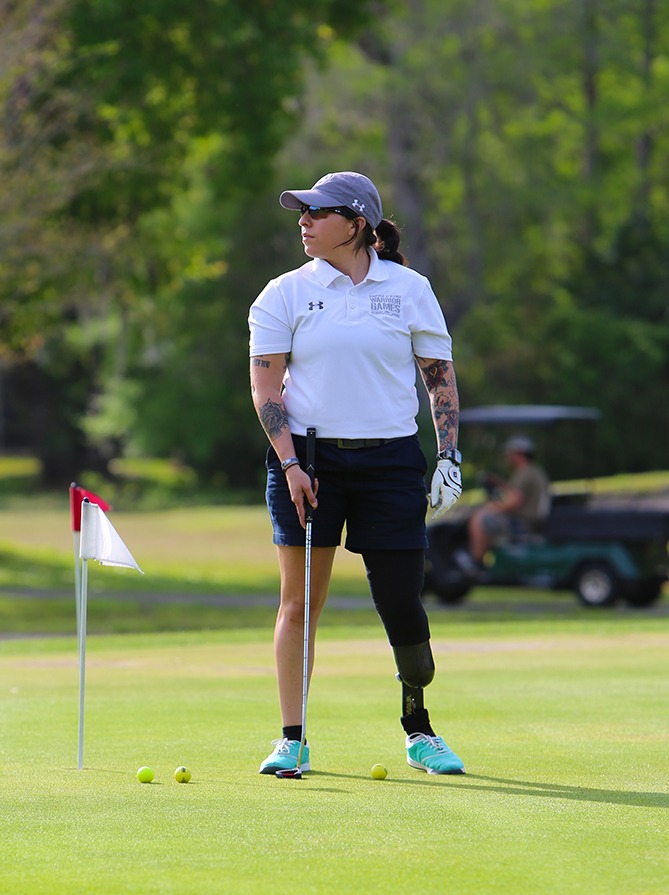 Warrior Games Tampa Bay: The sporting event with the power to heal

The DoD Warrior Games, coming to Tampa June 21-30, give wounded service members a chance to relive the joy of sport.

Tampa Bay fans certainly don’t lack for sporting events. But for 10 days beginning June 21, they’ll get the chance to see something few have ever had the chance to experience: the Department of Defense Warrior Games. Established in 2010 to introduce wounded, ill and injured service members and veterans to Paralympic-style sports, the games have mostly been held on military bases. Tampa Bay is only the second site (Chicago was the first, in 2017) in which the games will be played in public.

“There are a lot of professional teams in the area,” says Army Staff Sergeant and Games competitor Lauren Montoya. “But there’s something to be said about witnessing athletes like us pushing ourselves.” Montoya lost the lower half of her left leg and suffered a traumatic brain injury as a result of an IED blast in southern Afghanistan. This year, playing in her second Games as a member of the Special Operations Command (SOCOM) team, she plans to run track, swim, row, and play seated volleyball and wheelchair basketball.

“It reminds me of what life was like pre-injury,” she says.

Colonel Cary Harbaugh, the director of the Games, says he gets a lot of queries from people in the community about how they can volunteer. He tells them simply “to be a spectator, cheering for the athletes, showing how much the public cares.”

“Chicago’s a very large city in a complex urban setting and the Games were very expensive,” Col. Harbaugh says. And they did not enjoy robust attendance. “Candidly, none of the Games have drawn well so far,” he adds. “We really want that to be different in Tampa Bay.”

In his view, our region provides an ideal dynamic for a second attempt to hold the games in public.

“We know how receptive the community is,” says Col. Harbaugh, who is stationed at MacDill AFB. “There are a lot of active-duty and retired military living here. It’s relatively easy to get around. There are lots of venues that have stepped up.”

[ngg src=”galleries” ids=”42″ display=”basic_thumbnail”]The DoD Warrior Games Tampa Bay, as they are officially called, will feature roughly 300 athletes on 10 teams competing in 15 adaptive sports, including archery, shooting, powerlifting, cycling, wheelchair basketball, sitting volleyball and others. Each U.S. military branch has a squad, as does SOCOM, which is based at MacDill. International teams from Australia, Canada, Denmark, the U.K. and The Netherlands will also participate.

Most of the competitions will take place at the Tampa Convention Center. Other venues include USF Tampa (track and field), The Eagles Golf Club in Odessa, The Long Center in Clearwater (swimming), and Tampa’s Bayshore Boulevard (cycling).

All events are free and open to the public, except for the opening and closing ceremonies. The opening event, slated for June 21 at Amalie Arena, will feature an Olympic-style team procession, a torch-lighting and an as-yet-to-be-announced music act. Comedian Jon Stewart will host.

“He’s very involved with veterans and first responders,” Col. Harbaugh says of the former star of Comedy Central’s The Daily Show. “He hosted the first Warrior Games at West Point. We said, ‘Jon, we’re going to need you in Tampa.’ He said, ‘I’m in.’ By the way, he’s working absolutely for free and covering his own travel and lodging.”

The Warrior Games are first and foremost an athletic competition. “When you’re wearing that jersey, you want to win,” Col. Harbaugh says. “This is not one of those things where everyone gets a soccer trophy. But you’ll also see a great deal of camaraderie between athletes and an appreciation for each other. A SOCOM guy might see an Army guy struggling and go over there and give their brother a hug or help him up.”

The Games’ therapeutic benefit to the athletes is immeasurable. “They can often get in a very dark place,” Col. Harbaugh explains. “These adaptive games are a life-affirming activity. Many of them were athletes to start with, and when they have a debilitating wound or illness the joy of sport is taken from them. The Games bring back their natural competitiveness, help them heal, take the next step in rehab and recovery.”

Sgt. Montoya says that getting involved in the Games and adaptive sports overall has given her a sense of normalcy, enabling her to focus on balancing profession, training and personal life.

“The truth is I will never be out of the recovery phase. My injury completely changed how I go about living my life, and that’s a lot to digest. With the Warrior Games, I get to disconnect from that by being in a setting where everyone is on similar terms. You don’t feel so different. I’ve learned lessons and made connections that will help me navigate the rest of my life.”

She, too, would be delighted if these Games generate a strong turnout. “You train hard and you get the personal satisfaction of hopefully taking first place in an event,” she says. “But it’s amazing to have a crowd of people cheering for you to validate that time and effort you put in.”

In Sgt. Montoya’s view, spectators will get something in return for watching the athletes: “None of us have to train and compete in the Games. We’ve chosen to take the harder path. That’s something really special and can be motivational for anybody.”

June 21-30 at venues throughout Tampa Bay. Admission is free, except for the opening and closing ceremonies at Amalie Arena. dodwarriorgames.com