Since I wrote up my Weekend Picks yesterday, many things have changed. The Straz Center announced that it was suspending all performances, classes and events at the center through April 19, effective immediately. This meant that two of my picks — Doubt at Jobsite Theater, which performs in the Shimberg Playhouse at the Straz, and Opera Tampa’s The Pirates of Penzance at Ferguson Hall — would not be happening after all, at least not for now. More recently, three other events have been postponed: Creative Pinellas’s SPACEcraft launch in Oldsmar, St. Pete Opera’s Creative Collaborations and American Stage’s The People Downstairs. The Florida CraftArt opening is on, however; the Florida Holocaust Museum exhibitions remain open (though other programming has been postponed); and Miss Edwina at Gulfport Community Players is still on through the weekend. 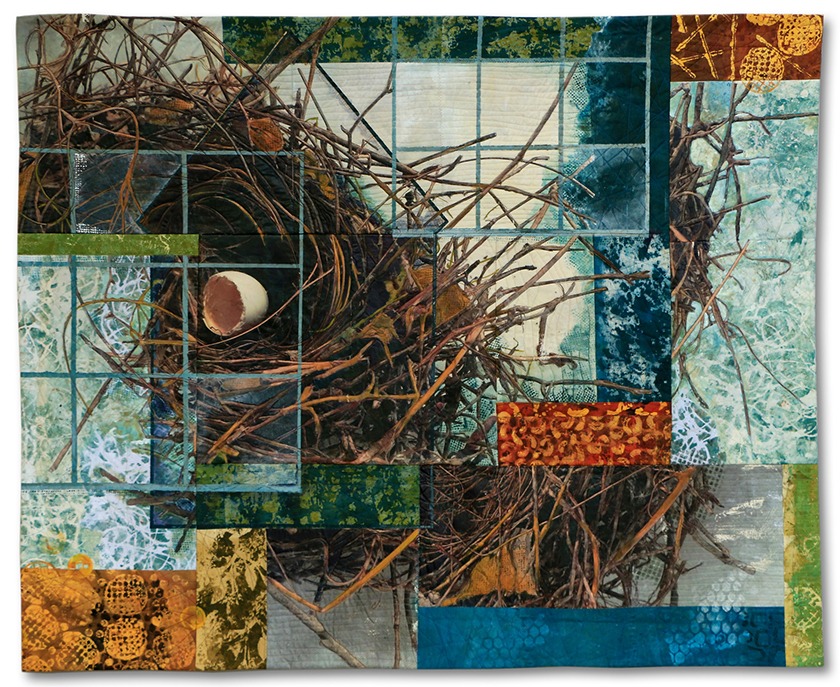 “Because That’s Where It All Begins,” a collaged textile artwork by Bobbi Baugh.Contemporary Fiber in Florida at Florida CraftArt. A juried exhibition of Florida artists whose innovative approaches to fiber art range from surface designs that look like paintings  to needle felted frogs. Opening reception Mar. 13, 5:30-7:30 p.m., Florida CraftArt Gallery, floridacraftart.org.

Beaches, Benches and Boycotts: The Civil Rights Movement in Tampa Bay at the Florida Holocaust Museum. If you haven’t caught this illuminating, important show, this weekend’s your last chance. It’s been extended through Mar. 15. Mar. 12-15, 10 a.m.-4 p.m.,flholocaustmuseum.org. 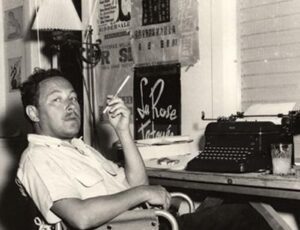 Miss Edwina at Gulfport Community Players. This is a carryover from last week, but I’ve since seen it and want to recommend it again. It’s a new play about the woman who inspired Amanda, Blanche and (she would like to think) Maggie the Cat: Tennessee Williams’s mother, Edwina. Written and directed by Gulfport’s own Patrick Brafford, it provides a visceral sense of what Williams’s home life must have been like but also reveals how infuriating a man Williams himself could be. And the gossip is juicy: Brafford was a close friend and colleague of the late actress Madeleine Sherwood (Sister Woman in the film version of Cat on a Hot Tin Roof), and between her anecdotes and the famous friends she introduced him to, plus all the research he did himself, he had a rich trove to choose from. Plus, he assembled a very talented cast: Dean Wick as Williams’s abusive father, as a very eager (but trying not to show it) NY Times reporter and as Williams himself; Sam De Priest as his put-upon brother Dakin; and indelibly, Karen “Kagey” Good, who is completely convincing as the dithery, delightful and thoroughly manipulative Edwina. Through Mar. 15, Gulfport Community Players at Catherine Hickman Theater, 26th & Beach Blvds, Gulfport, gulfportcommunityplayers.org.

Giving Back with Zack: Spring Training with the Detroit Tigers