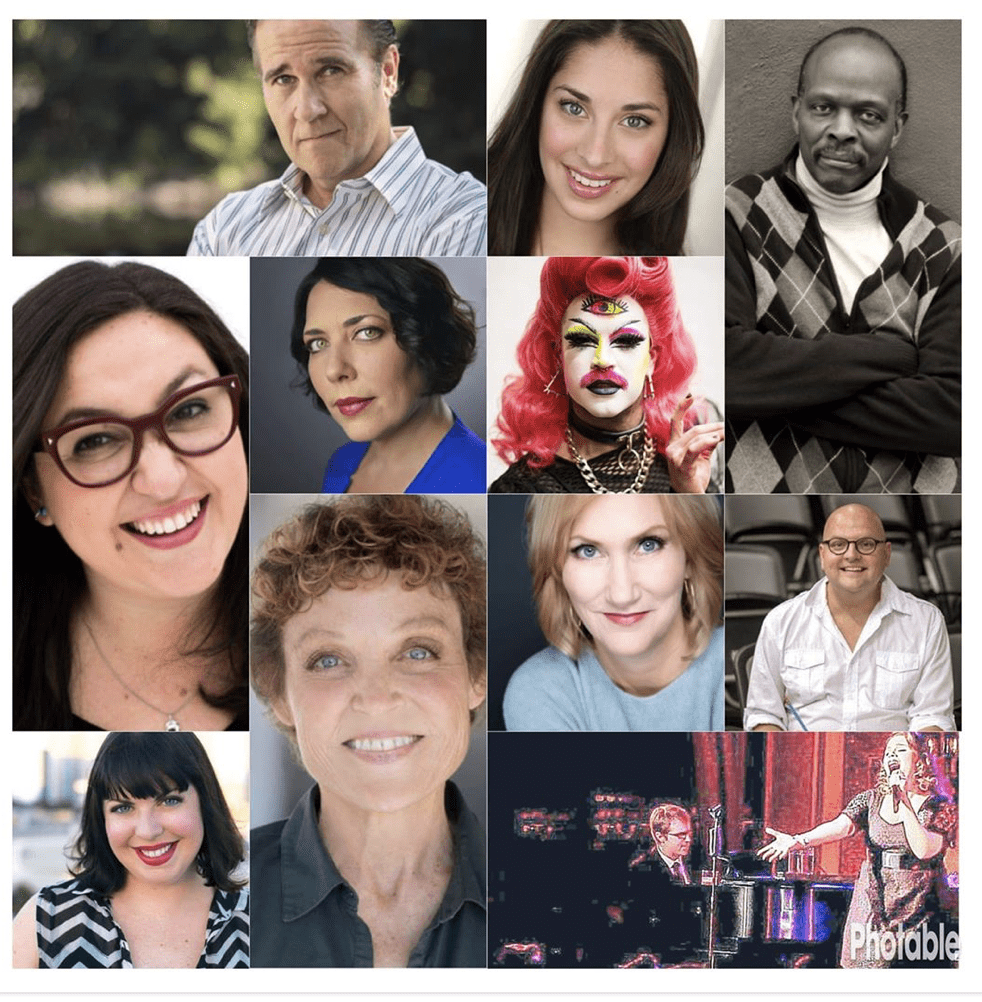 Weekend Top 10: Beauty & The ’Burg LIVE! Around the World and other online treats

“What is a weekend?” the Dowager Countess of Grantham (aka Dame Maggie Smith in Downton Abbey) once asked. The question has new resonance now, now that we’re all living some version of an endless weekend, and not in a good way. Still, as I pointed out in my last weekend preview a few weeks ago, there’s plenty of arts activity online, with an increasing amount of content now being generated by our local arts community.

1. POSTPONED [SEE NOTE BELOW*] Beauty & the ‘Burg LIVE! Around the World

Last Sunday night, Sir Elton John rounded up his pop star friends for a giant “living room concert” on Fox. Tomorrow night, our own arts impresario extraordinaire, Dame Cindy Stovall, is presenting a live online variety show featuring a slew of top Tampa Bay performers — some of them broadcasting from as far away as NYC and London. It’s an extension of her podcast and monthly live show Beauty and the ’Burg, and the lineup is stellar. From Tampa Bay: Ned Averill-Snell; Colleen Cherry; Bob Devin Jones; Roxanne Fay; Alex Harris; Lisa Kirchner; Becca McCoy; Matthew McGee; Gloria Muñoz. From NYC: Sarah Binetter; Michelle Dowdy; Dylan Glatthorn. From London: Jordan Stovall, aka Wanda Whatever. The show will be live streaming Fri. Apr. 3 from 7-8:30 p.m. on the Helium Radio Network, which hosts the podcast; find out more on the Facebook events page. *FROM CINDY STOVALL 4/3, 4:30 p.m.: I am very sorry to report, that due to a technical issue between Zoom and its associated live streaming platforms (FB & YouTube), we are unable to go live with Beauty & The ‘Burg LIVE! Around The World tonight. Of course we are disappointed, but will reschedule very soon…. promise. Watch for details and thank you so much for your interest and support. Love, Cindy

The orchestra had been scheduled to play this perennial favorite Apr. 3-5, but — well, you know. But, in its continuing effort to keep the music going, TFO has dipped into its archives to broadcast a live recording of a 2012 performance, also featuring Concertmaster Jeffrey Multer as leader and violin soloist.  Thurs., Apr. 2, 7 p.m. on WSMR 89.1 and 103.9 FM and streaming online at WSMR.org.

The online version can’t match the immersive experience of the original, but you can immerse yourself in the seductive intelligence of Eugenie Bondurant’s narration and take an up-close look at the artworks (a cross-section of early 20th-century visionaries) and listen to the music of the period. Elsewhere on the site you’ll find a treasure trove of video, virtual tours and interactive games from the museum’s Innovation Labs, like “Dalì Doodles.”

4. Art Break with the MFA

This site is geared toward kids, but the Museum of Fine Arts rightly suggests it’ll be fun for grownups, too. With just the basics — scissors, colored paper, pencils, glue — you and your clan can do like Robert Indiana (one of the featured artists in the MFA’s Art of the Stage exhibition) and create set designs from cut paper. Or paper poppies inspired by Georgia O’Keeffe, or shadow puppets, or little characters in costume.

Undaunted by having to postpone one show and cancel two more, the folks at Jobsite Theater are still entertaining us online, with a daily helping of musical and comedic treats from company members (tips welcome). Up now, a chance to vote on which actor you’d like to hear emoting lines like “Shall I compare thee to a summer’s dinosaur?“ from a Shakespearean MadLib. (My money’s on Giles Davies.)

Stageworks had to postpone its production of 12 Angry Men, and there’s no word yet on the rest of their season, but meanwhile they’re making the best of their time at home with goodies like this inspired parody sung by the incomparable Alison Burns, equal parts glamourpuss and grody, and filmed by Chris Jackson (there’s even a Tiger King reference).

Everybody’s favorite dysfunctional mother-son duo (the inimitable Scott Daniel and Matthew McGee) did all us homebodies a favor by livestreaming a show of their greatest hits a few weeks ago “from their heavily guarded and routinely sanitized home studio.” Watch it now on their Facebook page. Then watch it again. It’ll make you happy.

One of the best (and funniest) writers I’ve ever had the pleasure to work with, Scott is offering fans the chance to read his “unhinged pitch for the delayed ‘Friends’ reunion special… please throw me a few bucks via PayPal at sharrell24 (at) gmail (dot) com or Venmo @Scott-Harrell-22. It’s 1,000 words, detailed, on-point and entirely plausible (not really), and you should get in now, because the full script is going to be much more expensive.” Scott’s also on Patreon, where your patronage (Patreonage?) can buy “a video of me performing a song I wrote just for you after vaguely scanning your internet and social media presence” or “a well-considered review of a fake movie that you didn’t really star in with you in the starring role, of the genre of your choice.” How can you resist?

10. Resources for Experiencing Art in Times of Social Distancing

I mentioned this once before, but it’s totally worth mentioning again (and not just because I’m a Creative Pinellas board member) because this feature in CP’s Arts Coast Journal is a key destination for anyone interested in finding local online arts experiences in a range of genres. Kudos (again) to editor Sheila Cowley. And another important note for artists: the CP website is a robust source of info on artist resources and emergency funding during COVID-19, including the new Pinellas Arts Community Relief Fund (donations welcome).