Why would you live anywhere else when Tampa Bay has weekends like these? Here are this weekend’s Top 10 categories — featuring (a lot more than 10)  fun things to do, see, hear and eat from Thursday through Sunday.

Art and Seafood on the Waterfront. Any old weekend is a good weekend to visit Safety Harbor, but if you like seafood you should head there on Saturday, where food trucks and local restaurants will be dishing out the fish in Waterfront Park. Plus, since it’s Safety Harbor, there’s art (a juried show) and live music. 2/22, 11 a.m.- 9 p.m.

Tampa Bay Jewish Food Festival. Where do you get a good pastrami sandwich around here? At this festival, for one, where there’ll also be knishes, kugel, kosher hot dogs and chocolate babka and all those other delectable specialties, plus music, lectures, demos and more. 2/23, 10:30 a.m.-2:30 p.m., Temple B’nai Israel, 1658 S Belcher Road, Clearwater. 727-531-5829.

Black Violin at the Straz. Heart-stopping string-plucking from a duo that mashes up classical, hip-hop, string instruments and turntables. 2/20, 8 p.m., Straz Center.

Sphinx Virtuosi: “For Justice and Peace.” Comprised of 18 of the nation’s top black and Latinx classical soloists, Sphinx Virtuosi is doing a three-day residency at the Museum of Fine Arts in conjunction with its Art of the Stage exhibition, culminating in a concert that includes arrangements of John Williams’s scores for Schindler’s List and Angela’sAshes as well as pieces by Astor Piazzolla and black British composer Phillip Herbert. 2/21, 7-9 p.m., MFA, 255 Beach Drive NE, St. Petersburg, 727-896-2667. Concertgoers will have access to the Art of the Stage expedition as well, beginning at 6 p.m. 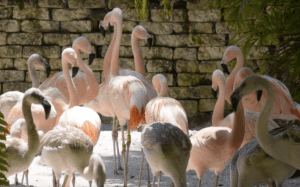 29th Annual Dunedin Mardi Gras Parade and Festival. Yes, Fat Tuesday is not till, um, Tuesday, but leave it to Dunedin to make a Saturday festival out of this most party-friendly event. Billed as one of the largest Mardi Gras celebrations in the Southeast (I hear there’s a slightly bigger one in Louisiana somewhere), the fun begins at noon with music, food and street vendors, and the parade begins at 7 p.m. in front of the Dunedin Stadium, runs along Douglas Avenue and ends near Skinner Boulevard. 2/22, Noon-11 p.m., Dunedin.

Flamingo Festival. So many things to love about St. Pete’s Sunken Gardens, but the flamingos are tops. A new flock arrived from San Antonio Zoo just four years ago, and Sunday’s Flamingo Festival is the birds’ “birthday” celebration, with admission supporting a future education garden. “Flamosas” will be served, among other treats, and if you wear pink you get $1 off admission. 2/23, Noon-4:30 p.m., Sunken Gardens, 1825 4th St. N., St. Petersburg.

Trashy Treasures at Dunedin Fine Art Center. Billed as “Tampa Bay’s most loved art garage sale,” Trashy Treasures is indeed a treat. People donate art works and art supplies to DFAC, and savvy shoppers are invited to bid on them during a party and silent auction on Friday night and/or try their luck at a first- come first-served garage sale Saturday. The fun is in the hunting! 2/21, 6-9 p.m. ($10), and 2/22, 10 a.m.-2 p.m (free), DFAC, 1143 Michigan Blvd., Dunedin.

An Evening with Neverne Covington. The Warehouse Arts District hosts an artist’s talk on the closing day of “Relative Motion: Focused Observations by Neverne Covington,” which showcases Covington’s fascination with “rhythm, pattern, and repetition” and “the viscosity and consistency” of the media in which she works. 2/21, doors at 6 .m., artist’s talk at 7 p.m. Tully-Levine Gallery at the ArtsXchange, 515 22nd St. S., St. Petersburg.

Judy Collins at the Cap. Still vital at 80 (!), Judy Blue Eyes is sailing into the winter of her years with her usual grace and ethereal voice and a new album — called, aptly enough, Winter Stories. 2/23, 7:30 p.m., Bilheimer Capitol Theatre, 405 Cleveland St., Clearwater.

Gregory Porter & Ledisi at the Mahaffey. He’s a nationally acclaimed singer with a rich velvety baritone and she’s a singer and actress who’s been acclaimed as one of the best soul singers of her generation. 2/21, 7 p.m., Mahaffey Theater (Duke Energy Center for the Arts), St. Petersburg.

Land Dive Team: Tarpon Springs. Artist/environmentalist Hope Ginsburg, whose “Sponge Exchange” exhibition is currently at the USF Contemporary Art Museum, travels to Tarpon Springs on Sunday to talk about one of her main concerns, sea sponges. She’s giving a talk at 3 p.m. at  the Leepa-Rattner Museum of Art (600 E. Klosterman Rd. E, Tarpon Springs), followed by a “sited meditation” at 6 p.m. at The Sponge Exchange (735 Dodecanese Blvd.) in which trained participants in scuba gear will meditate on land accompanied by a musical score, inviting viewers to breathe along and contemplate our environment and its species. 2/23, 3 & 6 p.m. 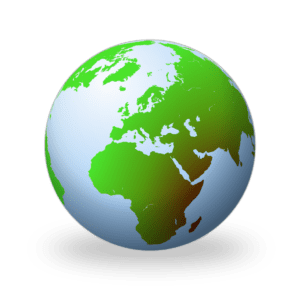 The St. Petersburg Conference on World Affairs. The conference wraps up its final two days with panels on a wide range of topics, from India to architecture, from media literacy to human evolution, including one with the arresting title, “Coming Home: How Black Americans Will Reelect Trump” (Friday, 2:30 p.m., USF St. Pete Kate Tiedemann College of Business), and concludes Friday night at 7 p.m at Eckerd College’s Fox Hall with a speech by General John Nicholson (retired), recently the commander of NATO and U.S. forces in Afghanistan. 2/20-21, stpetersburgconferenceonworldaffairs.com.

SEE ‘EM BEFORE THEY CLOSE

Morningside at Stageworks. A group of women in Atlanta — played by some of the funniest actors ever to grace local stages, including Karla Hartley, Jonelle Meyer, Kari Goetz, Susan Haldeman, Emily Belvo and Jaime Giangrande-Holcom — gather for the worst baby shower ever. 2/21-23, Stageworks Theatre, 1120 East Kennedy Blvd, Suite 151, Tampa, Sunday matinee sold out.

Skeleton Crew at American Stage. The company returns to the work of MacArthur “genius” playwright Dominique Morisseau (after staging her play Pipeline last year). Skeleton Crew, one of the most acclaimed plays in her Detroit trilogy, is set in 2008 in a dying auto factory where four co-workers are trying to navigate their relationships and uncertain future. 2/20-23, American Stage, 163 3rd St. N., St. Petersburg. Sat. & Sun. matinees sold out, final performance Sun. at 7 p.m.

Equality Shuffle and LGBTQ+ Youth Art Show. Shuffleboard, snacks and an art show by artists 6-18. It’s all in family-friendly fun and a great way for LGBTQ folks and their friends and allies to hang out with each other on a Sunday afternoon. BYO picnic lunches and dogs on leashes are welcome. 2/23, Noon-3 p.m., Mirror Lake St. Petersburg Shuffleboard Club, 559 Mirror Lake Drive N, St. Petersburg. 727-822- 2083.

dR Daily 2/19: Money in politics, women's equality on the docket today at the World Affairs Conference