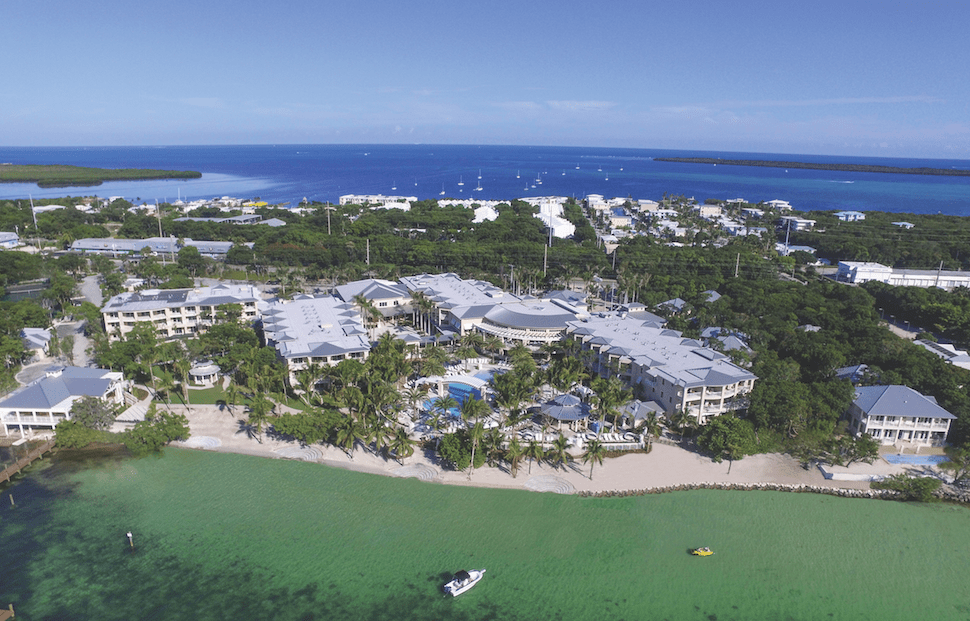 Road-Trip in the Buick LaCrosse to Playa Largo Resort & Spa.

My daughter’s birthday wish was to snorkel on a coral reef. So far, she’d spent a year with her gear in a swimming pool and she was ready to celebrate turning eight. I almost offered a bowling party instead, but in truth I was astonished by her bravery and curiosity and wanted, more than anything, to deliver this experience.

Imagine my delight when my family of three was invited by Buick to take a road-trip to the Florida Keys, one week before her birthday. We’d fly to Miami then drive the 2017 Buick LaCrosse to Playa Largo Resort & Spa, an Autograph Collection hotel that opened last year in Key Largo. It’s the first new luxury hotel to have been built in the Upper Keys in more than 20 years and has been high on my list to visit. But here’s the clincher: Guess what else is in Playa Largo Resort & Spa?  John Pennekamp Coral Reef State Park, the first underwater park in the country and a well-known site to access Florida’s only coral reef. I call that winning.

Right out of the airport, we settled into Buick’s answer to approachable luxury: We’re talking luxe leather interior, cooling seats (perfect for a drive to the Keys!), a spacious cabin plus a trunk larger than the rear of my SUV, wi-fi and the Apple Car Play app that connects my iPhone to the console so we can listen to our own music. The LaCrosse is silent too, as though we’re in our own relaxation room at a spa.

Our getaway had truly begun! Akin to that feeling when you throw open the door to your hotel room, drop your bags and take in the décor, the view, the mini-bar and the soaking tub and think to yourself, “Ahh, now I can relax.” Except this time, that began in the car.

We reached Playa Largo in an hour – so quickly, that I’d pouted about wishing we were driving all the way to Key West. But the valet smoothed my ruffled feathers by replacing my car keys with a tropical cocktail and a front desk representative whisked us inside to check in.

Moments later we were overlooking the zero-entry pool and those gorgeous turquoise bands that define the Caribbean and the Gulf of Mexico. Yes, we’d arrived on an island, but one that didn’t require a passport or jockeying for overhead bin space. Highly recommended.

The Playa Largo resort’s 177 rooms and suites are situated in four three-story towers in a garden setting, bookended by two classic Florida Keys-style waterfront structures. On one end is the elevated, high-beamed and open-air bar and restaurant called Sol by the Sea, on the other is the private Beach House with wrap-around balconies and a waterfront pool. Across the entire length of the resort is a long ribbon of white-sand dotted with sleek hammock pods, groupings of chaise loungers and Adirondack chairs placed in the shade of sea grape trees. Bathing-suited bodies sprawl on blue mattresses afloat in the blue-green water of Florida Bay.

Instead of staying in the main hotel, we were in one of Playa Largo’s ten two-story bungalows, which together with a private waterfront beach house serve as a hotel-within-a-hotel called The Hammocks, serviced with a dedicated concierge. The Hammocks are secluded enough for privacy but positioned for guests to easily access all of the resort’s amenities including the bay-front pool, four restaurants and bars, spa, fitness center, tennis courts, water sports and the man-made beach.

Each bungalow is off a cobbled path and has a jaunty Caribbean name and pastel color. Ours was named Key Lime and colored a shade of sunshine. A metal roof and slatted Bahamas shutters completed the island look. There’s a patio off the downstairs living room and a balcony off the upstairs master, but the only view are the tropical plants that provide some privacy, and some bright green iguanas scurrying in the brush.

At the end of the pathway is the 3-bedroom (with each with a big bed and queen mattress), 4-bath, nearly 5,000-square-foot Beach House, which is fully ADA compliant with a wheelchair ramp, an elevator to the second floor, an oversized master bathroom and a lift in the private swimming pool. Buick took up residence and used the house to entertain, hosting a poolside cocktail party that coincided with a spectacular sunset (the waiters explained the resort’s sunset bell which was easy to hear from the Beach House) where, for once, everyone saw the fabled “green flash.”

Over dinner, I finally had a chance to talk more with Joe Muraglia, Buick communications manager and host of our road-trip wellness weekend. “One area people don’t always consider when building a holistic, balanced life is their car,” he said. He made a good point. “We put all this effort into our wellbeing: eating right, exercising, mindfulness and balance, yet people don’t often consider their car, the place where we spend so much time. How can a car help serve that unmet need?” said LaMuraglia.

The weekend unfolded with sun salutations on the dock and a wonderfully effective relaxation massage at the spa. My daughter squeezed in one last practice snorkel-session in the zero-entry resort pool before our afternoon boat trip.

Our host secured for us a private charter via Caribbean Watersports at Playa Largo Resort. Captain Dan took us on a 3-hour tour that was more than a ride to the reef. We cruised through Port Largo Canal, a man-made cut across Key Largo that connects Florida Bay on the west side to the Atlantic Ocean on the east. Its walls are a fascinating geology lesson, exposing millions-of-years-old coral limestone that was once beneath the sea.

We emerged into a mangrove forest whose curvy waterways I could have happily ridden through for hours. Once we hit the open water though, Captain Dan opened the throttle, quickly closing the gap to our destination, Grecian Rocks, a protected marine sanctuary that is part of John Pennekamp Coral Reef State Park.

Masks defogged, fins donned, snorkels secured in our mouths, the three of us plopped into the water. My daughter’s hand darted for her dad’s and I saw a moment of panic wash over, and then right past her. She settled into the calm, captivated by this underwater world revealed to her for the very first time.

When she tired, we made our way back to the boat, face in the water to not miss the toothy barracuda on the way. She climbed that ladder so triumphantly and chattered happily about everything she’d seen.

The next day, as we drove back to the airport – sunroof open – a blur of blue sky, turquoise water, green mangroves as we passed through, a determined voice announced from the backseat, “I want to live somewhere we can snorkel everyday.”