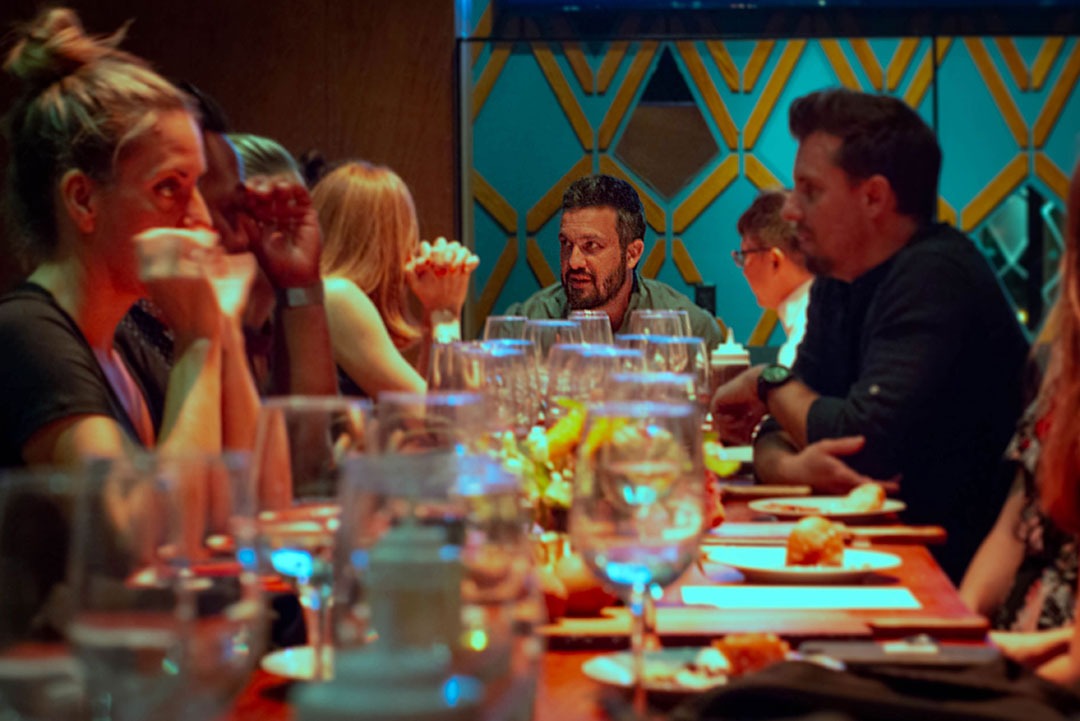 As a general rule, it’s not a good idea to judge a restaurant in its opening days. Even at the most meticulously planned establishments, the staff and the kitchen are still in the learning stages, and first-week jitters can undermine pros and newbies alike.

Given that, I shouldn’t really report on my meals at two of the buzziest new restaurants in town — Dr. BBQ* in St. Petersburg and Osteria Kitchen + Bar in Tampa — because I ate at the former during a preview event and at the latter, entirely by accident, on the first night it was open to the public.

But the thing is, they were both so good.

I really did stumble into Osteria’s opening night by accident. Not that I hadn’t heard about the restaurant; when the adorablest Top Chef contestant of them all, Fabio Viviani, comes to town and starts talking about opening not just one but several spots in Tampa Bay, well, you notice it. But I hadn’t kept track of his progress, and one Saturday night, deciding where to eat between screenings at the Tampa International Lesbian & Gay Film Festival down the street at Tampa Theatre, I called Osteria on a whim, thinking a reservation would be impossible. To our surprise we got one at 5, which suited our schedule fine.

Turned out that yes, this wasn’t just the opening night — we were among the first customers.

And it was great. Though the stylish but dark interior is a bit austere (except for a wall-sized mural of paisanos enjoying a meal), the welcome was genuinely warm. Our server was knowledgeable, and if she didn’t know something yet, she checked. And yes, Fabio himself was there. He was busy (there were still a lot of investor-type bro’s coming in) and looked a bit austere himself (but still cute), yet he went out of his way to talk to people at their tables whether he knew them or not. The beautiful Italian woman sitting next to us greeted him like an old friend, and whether or not she really was, he did an excellent job of faking it.

And the food was unreasonably excellent for a first night.  Braised Spanish octopus in Romesco sauce was a toothsome version of a familiar dish (a good omen for the tapas place Viviani plans to open in the space formerly occupied by Fly Bar just up Franklin St.). The chianti poached pear salad and the white chocolate tiramisu shared a common trait: they both made my husband and I want to lick the plates (a less common occurrence with salad than with tiramisu, no doubt, but those pears!).

And the Insta-famous Rigatoni in a Jar is every bit as much fun as you’ve heard. When a big brute of a server comes over with a gigantic Mason jar and starts shaking it up like Tom Cruise in Cocktail, then pours its contents into your bowl, well, you can’t beat that for tableside drama. And when those contents are Parmesan Crème, House Smoked Bacon, Brussels Sprouts, Farmed Egg Yolk, Black Pepper, and Grana Padano — smoky and savory and creamy, the pasta perfectly al dente — well, what can I say except that I didn’t think I could eat the whole bowlful but did anyway and boy was I happy.

* Read about my experience at a Dr. BBQ preview night here.