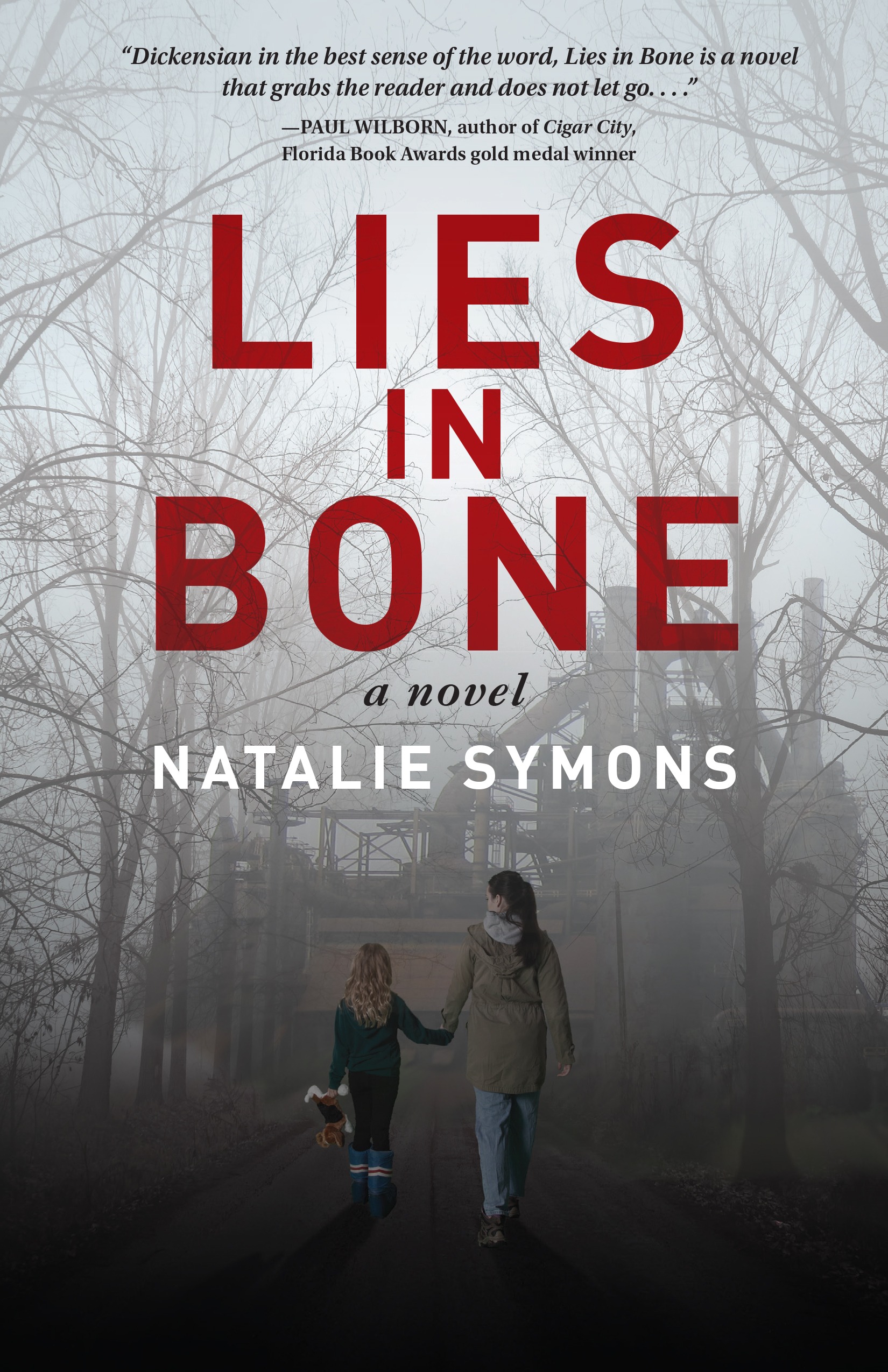 Big things are happening on stage and page for the St. Petersburg-based writer.

Her new play is finally getting its world premiere.

The People Downstairs, a bittersweet romantic comedy, was all set to open last year at American Stage. It promised to be the latest triumph in a string of playwriting successes for Symons after Lark Eden, The Buffalo Kings and Naming True, all of which have won acclaim in Tampa Bay and throughout the U.S. But the date of that hoped-for opening night was March 13 — the day President Trump declared a national emergency due to the pandemic — and the run of The People Downstairs was cancelled before the actors hit the set. Or, rather, postponed: The production is now in previews and finally gets its opening night on Friday — on a set that has been ready for its actors for 18 months.

Her debut novel is getting released.

What timing! First her new play (finally) opens and a few days after that her first novel goes on sale! Lies In Bone, a suspense thriller, will be released on Tues. Sept. 21, with a book launch celebration at The Studio@620 in St. Petersburg on Sept. 20.

And it’s getting great pre-release buzz.

Reviews both local and national are very enthusiastic.

For instance, this praise from the influential Kirkus Reviews:

“A moody, hard-edged coming-of-age story that keeps the horrors coming until the very end.”

And a 5-star review from the Readers’ Favorite site:

“A mesmerizing mystery…The book just refuses to be put down.”

“A gripping tale of outcasts that keeps you guessing and, more importantly, caring how it will unspool.”

“The People Downstairs” is getting good buzz, too, as in this preview in the Tampa Bay Times:

And the St. Pete Catalyst:

“At American Stage, ‘The People Downstairs’ makes its long-delayed debut“

And why wouldn’t it, with this cast and crew?

Symons wrote the character of Miles, a shy mortician, for local favorite Matthew McGee, who gets to play a role we don’t ordinarily see him in: the romantic lead. Don Walker (Leonato in American Stage’s Much Ado About Nothing) plays a funeral home custodian anxious to fix up his agoraphobic daughter (Sara Oliva, last seen at American Stage in Between Riverside and Crazy) with Miles. Award winners Chris Crawford and Scott Cooper are the director and set designer, respectively.

Finally, Natalie is married to this guy.

That would be Jim Sorensen, who along with Natalie participated in our “What Makes You Laugh?” feature in the Summer 2021 Health & Happiness Issue. (Here’s what Jim said, and what Natalie said.) He’s one of the nicest, most talented guys in the Tampa Bay theater scene — and, it turns out, he’s a crackerjack publicist for his talented wife. (And he’s got a sense of humor, as evidenced by the pic.)

CORRECTION: A previous version of this post gave an incorrect title for Natalie Symons’s play. The error has been corrected above.