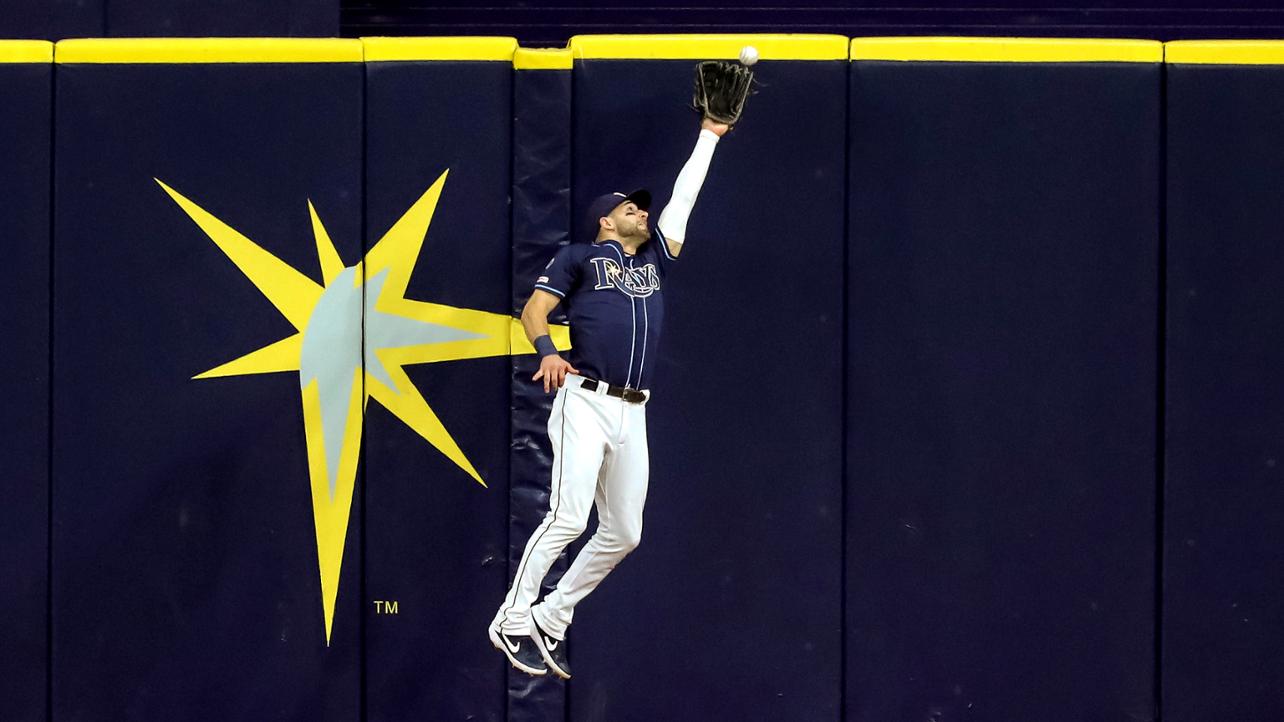 7/24-26: The Rays Home Opener! They said it couldn’t be done, or at least that was the fear — that there would be no baseball season this year. But sure enough, here it is — albeit with cardboard cutouts of season ticket holders in the stands and strict rules about all the stuff players can’t do anymore (like those post-homer pile-ons). Still, it’s going to be a sweet relief to be able to watch baseball on TV again. The first game of the Rays’ 60-day season is Friday night at the Trop against the Blue Jays, the start of a three-game homestand followed by two games vs. the Atlanta Braves. Rays v. Jays: 7/24, 6:40 p.m.; 7/25, 3:10 p.m.; 7/26, 1:10 p.m. TV: Fox Sports Sun. Radio: WDAE 620 AM/95.3 FM.

7/23: Dirty John Drops His Shorts.  John Huls is generally acknowledged to be one of the funniest humans alive, and tonight’s collection of video shorts starring John and his company of hilarious misfits is a benefit for one of the most valuable institutions on the local cultural scene, The Studio@620. So how can you not watch? Watch on The Studio@620’s Facebook page, 7/23, 8 p.m.

7/23-26: Aleshea Harris’s Is God Is on audio. We knew her when. Aleshea Harris made a splash during her years in St. Pete as writer, actor and spoken word artist, winning acclaim for such works as Oddlie at The Studio@620 and Rip.Tied at freeFall. She’s now in California, and her star keeps rising. Her Obie-winning play Is God Is was chosen from more than 2,000 entries for The Relentless Award, a $45,000 prize and residency awarded in honor of Philip Seymour Hoffman, and now it’s being given an audio production by The Wilma, a highly regarded professional theater in Philadelphia. Billed as “a revenge tale of twin sisters that takes its cues from the ancient, the modern, the tragic, the spaghetti Western, hip-hop and Afropunk,” Is God Is will be available on the theater’s website for four days only. To access a link to the performance, click here and make a donation to the Wilma of $10 or more. Upon completion of your donation, a link and password will be sent to you to access the stream.

Through 8/4: A gift for first responders at Syd Entel Galleries. The painter Maya Eventov has created a beautiful 16 x 16, 3-dimensional, palette knife acrylic painting valued at $1,500, with custom framing donated by Syd Entel Galleries, that will be given to a Covid-19 hero nominated by the public. Through August 3 at the gallery website, you may submit the name of any doctor, nurse, first responder, EMT, or healthcare provider who has been on the front lines, and they will be included in a drawing for Eventov’s painting on Aug. 4.

Through 7/26: Nerdier Than Thou: A Virtual Literary Con.  A virtual celebration of all things nerdy and literary, including panels, readings and workshops. The multiple offerings include  “An Evening of Paranormal Stories” on Friday from 7:30-9 p.m.; “Adapting Novels into Comics with J.S. Earls” on Saturday from 11 a.m.-12 p.m.; and a Virtual Home Library Tour on Sunday from 2-2:30 p.m. Follow the links to join in, or go to the Facebook event page.

7/23+: New Shorts at American Stage. Concluding American Stage’s series of new short plays written for Zoom, tonight’s double bill features John Bavoso’s Indelible (a pair of lovers argue over tattoos and commitment issues when their relationship takes an unexpected leap) and Rachel Lynett’s Pick Me Up (a student meets her teacher in a hotel room and they learn about each other in ways they never thought possible). As usual, there’s a chatback with the actors, director and playwrights after the show, and a special guest emcee will lead a few rounds of theatre trivia and a cocktail-making tutorial.

7/25: Dance in the Time of Coronavirus: Episode #4: (re)VOLUTION. The much-talked about outdoor dance series continues with a performance in Tampa. (re)VOLUTION is a meditative dance work designed for The Ella at ENCORE! Residents are encouraged to experience this moving installation by viewing from their individual rooms or from the courtyard. The public is able to view via livestream, or in person by car, bike, or on foot. This second installation of “Volution” will feature spoken word and poetry by Mykai Eastman as dancers rotate along Ray Charles Blvd. There is no official “beginning” or “end” other than the hour mark; it runs continuously from 11 a.m-12 p.m. on 7/25 at The Ella at ENCORE! 1210 Ray Charles Blvd., Tampa.

7/23-26: The Meredith Brothers at LAB Theater Project. LAB Theater Project, a small company devoted to developing new work, made a big step this year, moving into its own space just south of 7th Ave. in Ybor. Then COVID hit — not the most auspicious moment to open the doors, but the show is going on. The first production in their new home is Jeffrey Kinghorn’s The Meredith Brothers, a two-person play starring the excellent actors Larry Corwin and Michael McGreevy as brothers who try to reconnect after many years apart. You can see it via livestream or actually go to the theater and see it live! It’ll be an intimate experience either way: the 45-seat theater will only accommodate 10 audience members during the pandemic (and they’re following other safety procedures, too). 812 E. Henderson Ave., Tampa. Call 813-586-4272 or email information@labtheaterproject.com for more info.

Through July: MIZE Gallery’s “GLOBE” exhibit online.  As we reported in our A to Z Issue in the section O is for Online Arts, Chad Mize is inaugurating his gallery’s exhibits with VR tours, which I recommend highly. You can check out the current show, Globe, at chadmize.com or in person on Saturdays from 11 a.m.-7 p.m., but be sure to watch Chad’s tour on the gallery’s Facebook page. It’s chock full of information about the 35 artists in the show and the 35 countries that inspired their artworks, ranging from Joanna Miller’s “Australia” (a fabulous surfing kangaroo in acrylic) to Beth Reynolds’ “Iceland” (a photo from another land with lots of ice, Maine). MIZE Gallery, 689 Dr. MLK Jr. St. N., Unit C, St. Petersburg.

Jesse Green’s “The Time I Saw Angela Lansbury Instead of the Horse Show” in the New York Times. Do you miss summer theater? Especially outdoor summer theater? Not so much a thing in tropical climes like Florida, but in the Northeast it’s one of the glories of the season. This recent story by Jesse Green in the Times brought all those memories back — not least because I saw the same production of Gypsy with Angela Lansbury that he references in the story. Hope it stirs some memories for you, too.