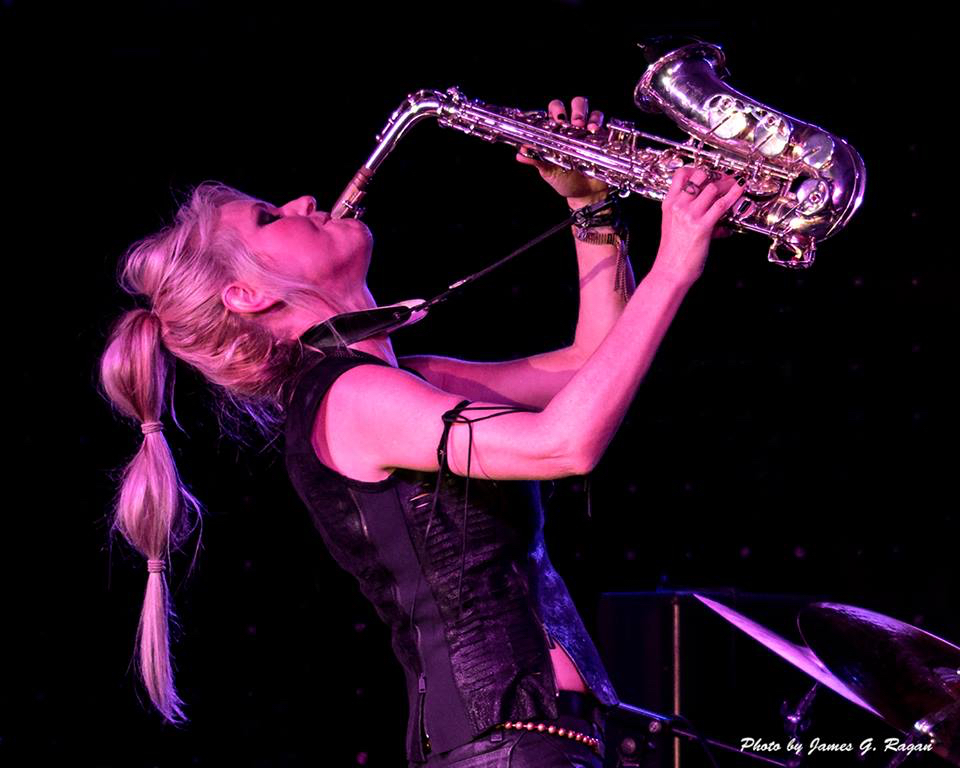 8/27, 7 p.m.: And Still You Must Swing from Jacob’s Pillow. The Berkshires’ dance mecca concludes its Virtual Festival this week with video of a 2016 performance by three of the world’s most influential tap dancers —Dormeshia, Derick K. Grant, and Jason Samuels Smith, with guest artist Camille A. Brown — in And Still You Must Swing. There’s a pre-show talk with Jacob’s Pillow Scholar-in-Residence Melanie George, a post-show talk with all four artists, and to cap off the night’s festivities at 8:30, a Virtual Dance Party on Zoom. It’s free, but you need to RSVP if you want to access the discussions and the party. If you can’t watch tonight, the video will be viewable afterwards on the Jacob’s Pillow website.

8/27, 7-8:30 p.m.: Tampa Bay Noir on “Beauty and the ’Burg.” What, you haven’t read Tampa Bay Noir yet? Well, get to it — Colette Bancroft’s new anthology of stories about shady doings in the Sunshine State is an addictive read, and tonight Cindy Stovall talks to three of the authors, Sarah Gerard, Yuly Restrepo and Lisa Unger, whose darkly entertaining tales capture three very different local (and potentially lethal) milieus. 7 p.m. on the Creative Pinellas Facebook page.

8/27, 7 p.m.: No Longer Silent at Alvin Ailey All Access. The Alvin Ailey dancers in a dramatic ensemble work by Robert Battle, set to a percussive score by Czech-born composer Erwin Schulhoff, whose work was banned by the Nazis. The video will be available to watch tonight at 7 p.m. through Thursday, September 3 at 6:30 p.m. on Facebook, Instagram, and YouTube.

8/27-30: Mindi Abair at Ruth Eckerd Hall. Ruth Eckerd’s new six-week concert series in its Kate Tiedemann and Ellen Cotton Cabaret Theatre kicks off with a show by two-time Grammy-nominated saxophonist (and St. Pete native) Abair. Artists announced for subsequent weeks include Robin Zander, John McEuen and members of Sister Hazel. Reservations may only be made online at rutheckerdhall.com. Tables for the Abair shows are priced at $120, which includes admission to the purchaser and up to three guests, a charcuterie tray and tableside service. VIP tables also available for $240. (Friday’s show is sold out; limited seats available for the other dates.)

8/28, 7-9 p.m.: The Neighbors: Slide Shows for America at USFCAM. Five photographers — Widline Cadet, Guy Greenberg, Curran Hatleberg, KathyaMaria Landeros and Zora J Murff — were commissioned by the USF Contemporary Art Museum to put together slideshows of images that reflect on the idea of community during an election season and the ongoing coronavirus pandemic. During the online opening reception Friday night, they’ll join Curator-at-large Christian Viveros-Faune for a conversation about the exhibition. See the show online at cam.usf.edu or in USFCAM galleries if possible. Visit cam.usf.edu/events.html for Zoom links.

8/28, 8 p.m.: “The Living Room Plays: The ’00s” at American Stage. The online series featuring excerpts from plays produced over the decades at American Stage enters the aughts with scenes from three Pulitzer Prize-winners: David Auburn’s Proof (directed by Stephanie Gularte); Nilo Cruz’s Anna in the Tropics (directed by Jorge Acosta & Karla Hartley) and Donald Margulies’ Dinner with Friends (directed by Brendon Fox). If you aren’t able to catch the performances on Friday night, the theater is offering four weekend replays: Sat. 8/29 at 2 & 8 p.m. and Sun. 8/30 at 2 & 8 p.m. Book your virtual tickets; they’re free, but donations are very welcome.

8/29, 9 a.m.: Record Store Day. The holy day for record collectors can’t be stopped by a pandemic. It has been split up into three dates, or drops — Aug. 29, Sept. 26 and Oct. 24. St. Pete’s beloved Daddy Kool, now in its new digs in the Warehouse Arts District, is hoping to avoid long lines this Saturday by making customers book appointments (click on the Record Store Day link above) if they want to shop between 9 a.m. and 1 p.m. (Early birds are best positioned to snag exclusive vinyl and CD releases dropped specifically for RSD to support indie record stores.) After 1 p.m., walk-ins will be accepted depending on capacity.

Danielle Brooks in Much Ado About Nothing. PBS’s Great Performances series is living up to its name big-time these days with its Broadway at Home streaming service, featuring free videos of such memorable performances as Kevin Kline in Present Laughter and Patrick Stewart in Macbeth. But the show you must not miss is the Public Theatre’s 2019 Shakespeare in the Park production of Much Ado About Nothing with Danielle Brooks (Orange Is the New Black‘s Taystee) leading an all-Black cast. Director Kenny Leon stages the action in suburban Atlanta during the 2020 election, a resonant context which works surprisingly well; there are generous doses of music and dance (with exuberant choreography by the aforementioned Camille A. Brown); and Brooks is spectacular as Beatrice, her “merry war” with Benedick (limber, charming Grantham Coleman) at once playful and fierce. And who knew Taystee could sing?

Welcome back, Leepa-Rattner! The Leepa-Rattner Museum of Art on the St. Petersburg College campus in Tarpon Springs has reopened to the public. That’s good news for art aficionados, especially since the museum is featuring two shows focused on female artists: Louisa Chase: What Lies Beneath and Woman Made: From the Collection. The museum is open Tuesdays through Sundays from 1-5 p.m., so it might just be time for a weekend drive. 600 E. Klosterman Road, Tarpon Springs, leeparattner.org.

Virtual Filmfests. I’ve said it before, I’ll say it again: You’ve gotta check out the Virtual Cinema at Tampa Theatre — a smartly curated lineup of new and classic flicks released exclusively to art houses. Find them all here. And don’t forget that the Tampa International Gay & Lesbian Film Festival is offering lots of virtual goodies, too — like the three-part French mini-series Proud and the three-film program of vintage flicks Pioneers of Queer Cinema, both available for viewing through Aug. 31.