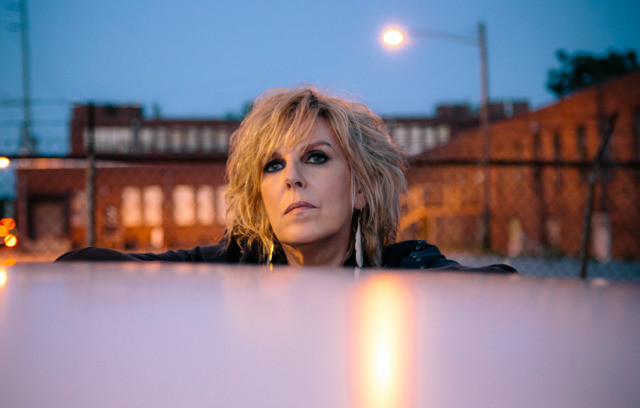 However you’re planning to spend your Halloween weekend — cowering at home with the lights off or roaming about in search of mischief — there are lots of ways to make either choice an entertaining one.

Palladium Live! James Suggs Quintet. The Palladium inaugurates its new livestream series with a performance tonight (Thurs. 10/29, 8 p.m.) by chart-topping local trumpeter James Suggs and his quintet performing music by Miles Davis, Freddie Hubbard, Frank Loesser and more. Buy tickets then stream the show on your computer or another internet-capable device by creating an account on mandolin.com. If you miss the livestream at 8 p.m., your unique streaming link will still be active for 48 hours following the show.

Lucinda Williams via Ruth Eckerd. The legendary Lucinda, goddess of gravel-voiced authenticity, kicks off a live-streamed, six-episode music series tonight called “Lu’s Jukebox,” a themed set of songs by other artists, with Runnin’ Down A Dream: A Tribute To Tom Petty, featuring songs from Petty’s celebrated career in advance of his 70th birthday. Single tickets and series tickets are on sale now at RuthEckerdHall.com.

Frankenstein: The Modern Prometheus. Giles Davies, one of Tampa Bay’s best actors — and also one of Cincinnati’s, I expect, as he splits his time between both cities — brings us a one-man show that was a big success at the Cincinnati Shakespeare Festival and now comes to Jobsite. If anyone can fully embody the monster (and his creator, too?), it’s this charismatic, limber performer. Thurs.-Sun., 10/29-11/1, and Tues., 11/10. Jaeb Theater, Straz Center for the Performing Arts.

Chef Susan Feniger on #ZestFoodTalk. dRTB readers were introduced to the zesty team of Ilene Mitnick and Alli Baldwin in our Health & Happiness issue a few months back. The essential oils mavens now have an IGTV series on Instagram@thezestzone, and on Friday their guest is chef/restaurateur/TV personality Susan Feniger of Two Hot Tamales fame. The Zesty Ones will dish with Susan on infusing the soul of the street into her iconic food. 10/30, 2 p.m., Instagram@thezestzone.

Dirty John’s Screamin’ Sh*tshow. Whether the title makes you blush or pulls you in, I can guarantee this whacked-out variety show will make you laugh. A routine in one of the team’s previous shows, in which a couple took restaurant dining precautions to absurd lengths, had me in tears, and I know from a few sneak peeks of one of this episode’s segments, a zombie sitcom parody entitled “Guess Who’s Coming As Dinner,” that the laughter quotient will continue to be high. And we all need to laugh right now, amirite? 10/30, 8 p.m. on The Studio@620 Facebook page. This event is a fundraiser to benefit The Studio@620.

Fairy Tales Reimagined at American Stage. American Stage’s School Tours have long delighted kids in our area, and now the shows have been reimagined as digital experiences. In their fall production, a family reimagines Grimm’s Fairy Tales when the power goes out. Created by three of the theater company’s talented young powerhouses, Sadie Lockhart, Patrick A. Jackson and Tiffany Ford. 10/31, 11 a.m., with additional dates on 11/1 and 11/7-8, americanstage.org.

Opera Tampa’s “The Witching Hour.” Something wicked this way comes in this outdoor concert on the Straz Center’s Riverwalk Stage when the Opera Tampa Singers unleash the greatest coven of witches of all time. 10/29-31, 7 & 7:30 p.m. each night. strazcenter.org.

Halloween! So Halloweening is kind of, shall we say, fraught this year? But my friends at the Tampa Bay Times have amassed a whole bunch of fun-creepy options, including what may be the creepiest of all — at least if you’re like the guy in that mannequins-in-the-attic GEICO commercial — the St. Petersburg Museum of History‘s “Creepatorium,” in which a gaggle of spooky-looking antique dolls takes over the museum’s Odditorium space. Annabelle and Chucky, come home! St. Petersburg Museum of History, 335 Second Ave. NE, 727-894-1052.

And don’t forget these ongoing treats: War of the Worlds at freeFall, the MFA reopening, Mort LaCort at Jobsite, Letters to Kamala at American Stage and Kitchen Witches at Early Bird.