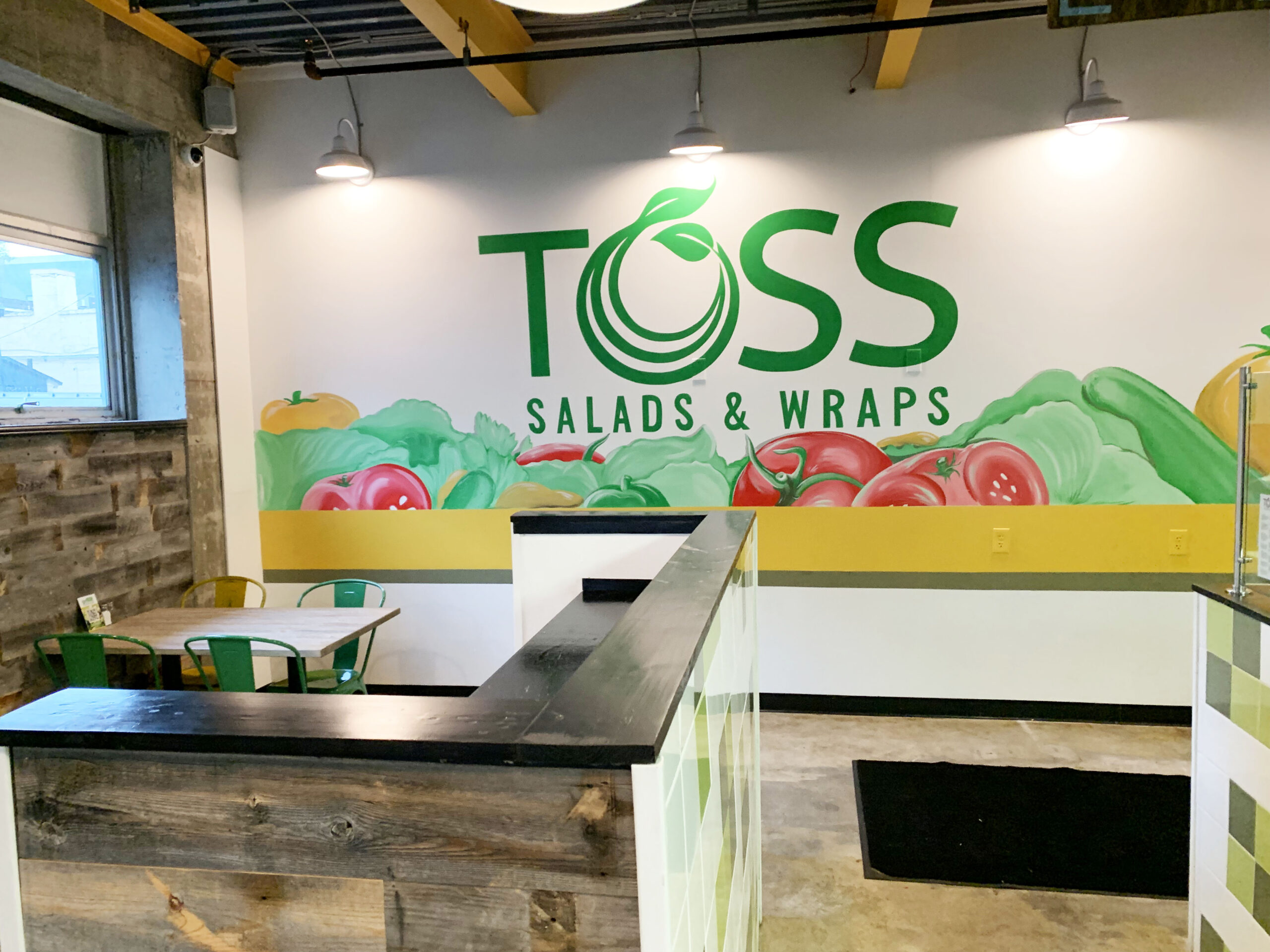 Salad Daze: The Columbia vs. Toss

I’m not exactly a salad guy, which you may have already surmised from my choices of Friday Food Fight opponents: donuts, cheeseburgers, fried chicken sandwiches, croque-madames, grilled cheese. If my doctor catches wind of these posts, he may up my cholesterol meds.

It’s not as if a good salad doesn’t delight me, though, and for this week’s Food Fight, I’m going with two very good ones: the famous “1905 Salad”® from the even famouser Columbia Restaurant chain vs. the Signature Salad at Toss, which joined the Downtown St. Pete restaurant scene just last year.

Will the 1905 get Tossed? Or will Toss kick the oldster back to the turn of last century?

Let’s see who gets the green light. (This one was a surprisingly close call.)

The 1905 Salad at Columbia Restaurant

How many salads make such an impression that they become part of an iconic restaurant’s identity? Not many, I wager, but the 1905 is just such a dish for The Columbia.

The salad was named for the year the original Columbia Restaurant was founded in Ybor City, and its ingredients, the menu informs us, reflect the mix of cultures that characterized the district: “Romano cheese from the Sicilians and the famous garlic dressing used by Cubans to marinate fresh roast pork, plus Florida tomatoes, iceberg lettuce, julienne of baked ham and Swiss cheese.” Lea & Perrin’s Worcestershire sauce also figures into the recipe, plus green olives and fresh lemon.

As with the Columbia’s equally famous Sangria, the 1905 Salad is prepared tableside by your server, and that’s definitely part of the fun and flavor of the dish. My husband and I remembered it fondly from the Columbia in Ybor, where we both used to work, but for this tasting we paid a first-time visit to the Columbia in Sand Key near Clearwater Beach — one of five locations now in Florida, including Sarasota, St. Augustine and Orlando as well as Ybor, plus cafes at the Tampa Bay History Center and Tampa International Airport.

Freshness: Freshly made before your eyes for sure. The menu describes how iceberg lettuce got its name — it was originally called “crisphead” and got the new moniker because of the ice it was packed with during long train journeys. Interestingly, the lettuce in the 1905 isn’t notably crisp, but for me that’s part of its appeal; it drinks up the delicious dressing and nicely complements the other textures in the salad.

Quality of ingredients: All excellent. I love the julienned baked ham and Swiss, the sprinkle of Romano and that addictive garlic dressing. (I could do without the mushy white asparagus, though.)

Mix of flavors: Everything works, but the keys are the Worcestershire and the fresh squeeze (or three) of lemon juice. The jovial manager, Frank, told us that when training new servers he has to encourage them to be generous with those ingredients, and he’s right: Those are the flavors that make the salad pop, then linger in your culinary memory.

Service: Our charming waitress, Ariana, had only been on the job for a month, but she’d learned her tossing lessons well and clearly enjoyed her work — especially the view.

Ambience: While the original Ybor City location is loaded with history and charm, the Sand Key Columbia has one advantage, especially if you’re seated (as we were) on the back veranda: a panoramic view of the Intracoastal. (Frank claims the food at his Columbia tastes a little bit better than that of his cohorts because of all the salt in the air.)

Bonus: The other specialities of the house. Share a 1905, a paella and a bottle of wine, along with the complimentary loaves of fresh, warm, crunchy Cuban bread, and you’ve got an evening!

This place was a very nice surprise. An unassuming storefront in Downtown St. Pete across from Book + Bottle on 6th St. between Central and 1st Ave. N., it’s a family-owned and operated business devoted to salads (which can be turned into wraps for 30 cents less). You can order one of their specialties, with names like Florida Gentleman (grilled chicken, red cabbage, cheddar cheese, ranch dressing drizzled with BBQ, two kinds of lettuce, and more) or build your own from what is truly an awesome number of ingredients, arrayed in front of you in compartments at the counter and listed on a chalkboard. Or you can do as I did (and as server Chris suggested): choose a specialty salad and then add or subtract ingredients to make it exactly what you want.

Larry had the Florida Gentleman (appropriately enough, for anyone who knows him). I chose what Toss calls its Signature Salad, and added and subtracted ingredients to make it as close as possible to the 1905.

Freshness: Wow. Their slogan is “Fresh Food, Made Fast!” and they live up to that promise big-time.

Mix of flavors: I think Chris was a bit bemused when I started making my substitutions in the Signature Salad, asking for ham instead of steak, cheddar instead of goat cheese (and adding, then deciding against, mozzarella balls), losing the almonds and the bacon but keeping the tomatoes and iceberg lettuce and adding olives and parmesan. The dressing that came with the Signature, a balsamic vinaigrette, seemed like it would be closest to the garlic dressing of the 1905, so I stayed with that. And you know what? The whole unlikely experiment worked. It was a very credible facsimile, and quite delicious.

Service: The salads were made as we watched — not tableside, but behind the counter, where Dave, a funny, genial guy, tossed our greens with aplomb.

Ambience: Well, it ain’t the Columbia, of course. But the decor is lively, there’s plenty of light, it’s comfortable and very family-friendly.

Like I said, this one was surprisingly tough. The salads — the classic vs. the facsimile  — were just about equally delicious. Larry and I snarfed down both salads at Toss, and the 1905 was as alluring as ever. And maybe there’s the difference — allure. While the Toss Signature is a really, really good salad, and I’m thrilled to have discovered a place I hadn’t tried before, there’s just something about the 1905, and the Columbia, and the whole package at Sand Key. Maybe it’s the salt air, maybe it’s the romance, maybe it’s the Worcestershire sauce? But the winner, as unforgettable as ever, is…

(But you should try Toss.)